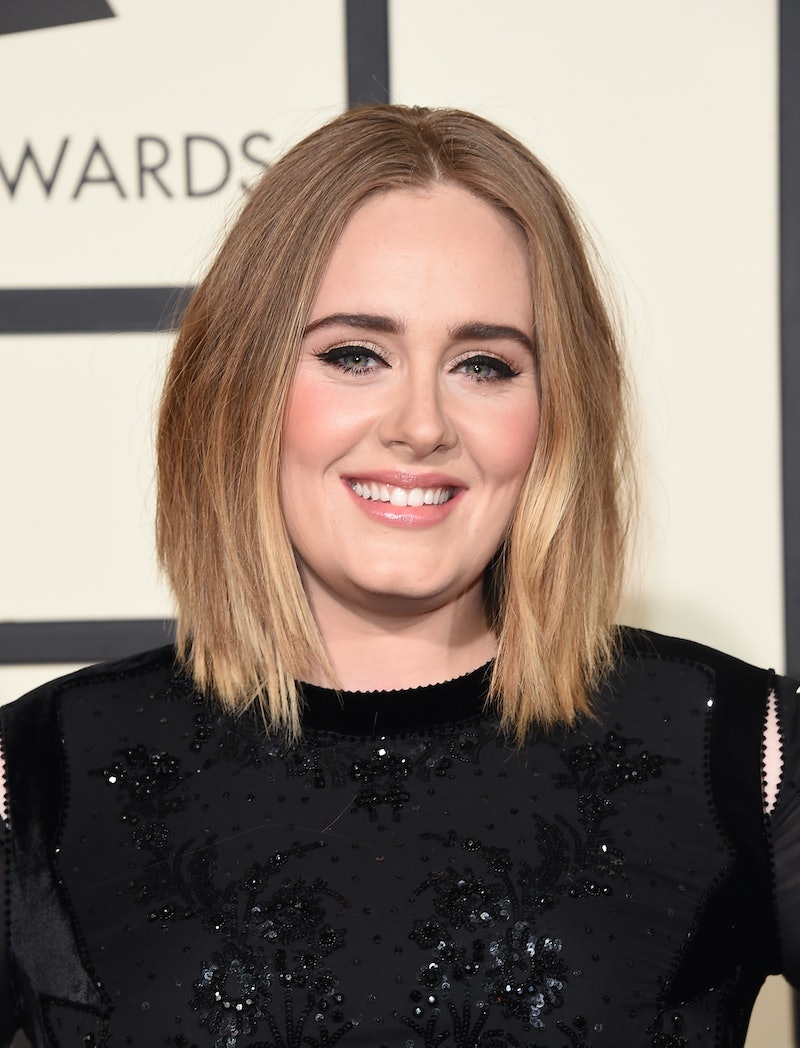 From moving fans to tears with her lyrics to pulling elaborate pranks at Jamba Juice, Adele has a serious set of skills. Something else that belongs on that list? She really has a knack for inspiring proposals at her concerts. On Tuesday at her show in London, two fans in the crowd got engaged while she sang "Make You Feel My Love." Of course, Adele called the newly engaged couple onstage afterwards to celebrate the good news. Honestly, it looks like she's just as excited and emotional as the couple themselves.

In the video, you can see that right before she finishes the ballad, she waves them up saying, "Come up here, you two!" She asks, "Did you just get engaged?" Then as they make their way to the stage, she says, "I thought there was a fight at first." The "Hello" singer greets the lovebirds with big hugs and proceeds to ask questions about their relationship. In the end, she dubs it "one of the most beautiful things I've ever witnessed at one of my shows."

A majority of Adele's songs focus on love, but this instance shows her belief in romance extends way beyond her music. She's like a real-life version of Cupid, bringing together couples and providing the perfect venue for a proposal. A few weeks ago, Adele helped another fan propose at her show, so it's practically becoming a trend. Basically when you go to her concert, you don't just buy a t-shirt, you get engaged too.

During the video, the couple also says that "Make You Feel My Love" is their song. Call me a hopeless romantic, but I'm rooting for Adele to show up at their future wedding and perform the ballad in person. Although it seems a little farfetched, she seems super invested in this engagement and I wouldn't put it past her to go all out for her fans.

Even if she doesn't perform when they tie the knot, this still is one of the the coolest engagements I've ever seen. Congrats, you two!