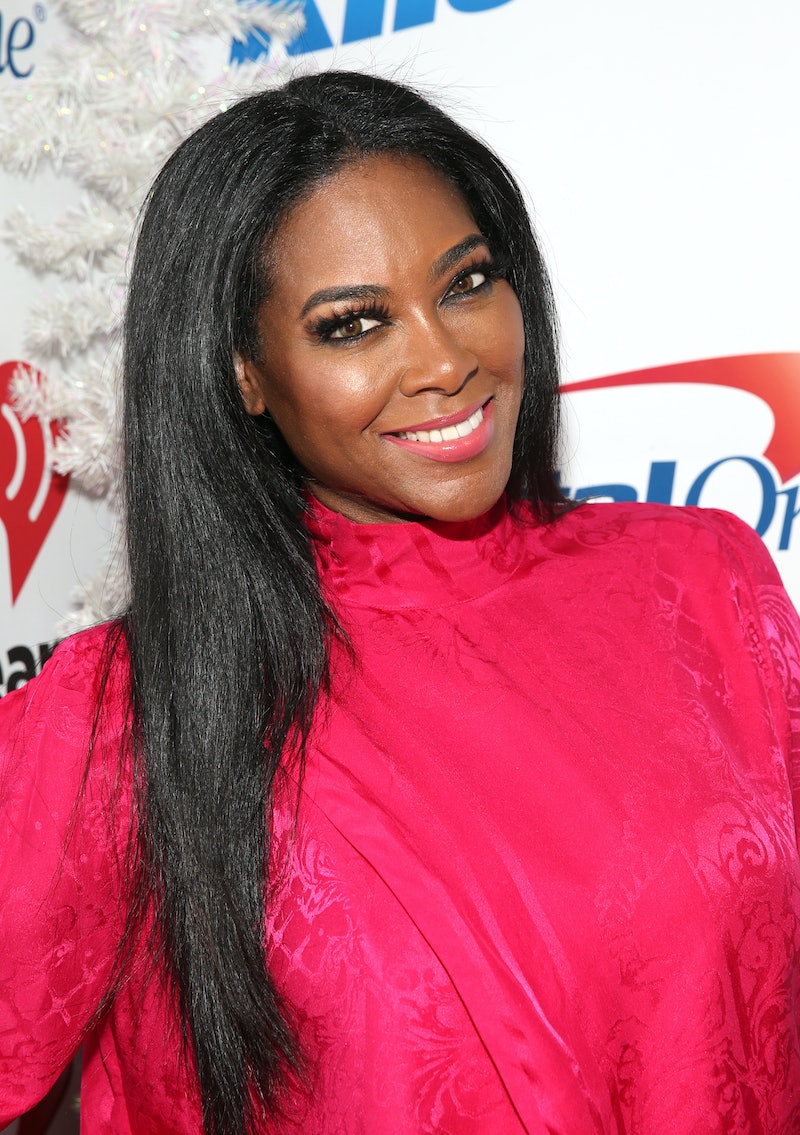 Kenya Moore has been a pretty polarizing presence ever since her first appearance on Real Housewives of Atlanta. The former beauty queen has always had a strong personality and she has never held back, but I just don't get why so many people adamantly don't like her. What has she ever done that was so bad? Please enlighten me. Sure, she has really gone there with the insults, but name one (interesting) Housewife who hasn't. I'm tired of all the negativity. There are so many reasons why RHOA fans should stop hating Kenya Moore.

At this point, Kenya is the only person on the show who consistently has something to offer the viewers. No one could ever accuse the 45-year-old entrepreneur of being boring in a million years, and that is not something I can say for all of the other women on the show. Let's put it this way, if I ever have to get up during RHOA and Kenya Moore is in the scene, I either wait until the commercial break or hit pause.

Kenya always makes Real Housewives of Atlanta a show worth watching. If you are a supporter, then you obviously get me on this, but if you are a hater (and, let's face it, that's more likely), just have an open mind and take in the many reasons Kenya needs to be given a break.

1. She Is A Loyal Friend

No one in their right mind would want Kenya as an enemy, but she would make a great best friend — cough cough Cynthia Bailey. Kenya is fiercely loyal to her friends and extremely supportive. She threw Cynthia a boat party to cheer her up when she was having marriage issues. She defended Cynthia to Peter after he embarrassed her in a video with another woman. The bottom line is: Kenya would go to bat for any good friend and this is a quality that should be appreciated — even if her tactics can be aggressive at times.

2. She Is Entertaining On Her Own

Kenya has caught some flack not actually being a wife on a show called Real Housewives, but I really don't see the issue. First off, she has made more than clear that she is an aspiring wife. Second, she doesn't need a spouse to help her have a story line. Kenya is providing entertaining television on her own. She doesn't need a man.

3. She Says What We Are All Thinking

Kenya might not be the nicest person all the time, but she is real. She always says what the viewers are thinking. Kenya speaks the truth and it is both appreciated and hilarious.

4. She Is Not Afraid To Make Fun Of Herself

Kenya had a freak out during the ladies' trip to Anguilla where she stormed off before declaring herself to be "gone with the wind fabulous." She turned that embarrassing fit of anger into a movement and made fun of herself with a song called "Gone With The Wind Fabulous" that showed she is in on the joke.

5. She Was Wrongfully Accused Of Something & Went Through Hell For It

On the show, Phaedra Parks' estranged husband Apollo Nida finally admitted to lying about receiving sexual advances from Kenya. While this was the right thing to do, Kenya had already endured years of awful insults from her cast mates for something she did not do. Everything else she did was judged based off of this lie and her character was unfairly tarnished. If you are not a Kenya fan, try giving her a fresh slate when you watch the show. She doesn't deserve this shame.

Kenya is over-the-top and I love it. Who wants a boring person on a reality TV show? She is always fabulous when it comes to the themed events too! I was dying when she rocked that green body paint to dress up as the Grinch for Phaedra's Christmas party. Kenya Moore always puts in her full effort and I can't help but love it.

It's hard to hate Kenya when she's not being nice just because she is so hysterical and usually very clever. She always knows just what to say. So as long as she's not coming for me, I support her solely for the entertainment value. Plus, she usually throws shade to defend herself, so it is justified... sometimes.

8. She Had A Tough Childhood

Kenya has a tough exterior and a lot of that comes from the difficult childhood she had. Instead of being raised by her mom and dad, her grandmother took her in, and Kenya's mother wouldn't even acknowledge her existence for years. People should not judge Kenya for being hardened when she has overcome so many tough obstacles.

9. She Has Very Clear Opinions

No one could ever accuse Kenya of being fake! If she doesn't like you, she will make that known. If you say something offensive, she will let you know. So many other people on reality TV try so hard to be liked that the viewers never really know who they are or what they stand for. This is the complete opposite with Kenya.

10. She Has A Catchphrase

Kenya has managed to redefine the word "twirl." In all honesty, I can't even hear the word without immediately thinking of her. She has found a way to incorporate it into everything she does and that's pretty impressive.

She is always hustling. She has her own production company called Moore Vision Media and also has her own line of hair products called Moore Hair Care. She is always making appearances at events. She was a contestant on Celebrity Apprentice. Kenya is always doing what she can to improve her life and it's a trait that should be admired.

12. She Has Fun Wherever She Goes

Kenya has been on TV for years and I've never seen her in a bad mood. Sure, I've seen her get mad plenty of times, but that was in response to shade and other conflict. She tries as much as she can to have a positive attitude and just live life to the fullest. She is always the first one dancing and seems to have fun no matter what is going on.

I understand that Kenya was antagonizing Porsha Williams before Porsha dragged her by hair, but that really doesn't justify Porsha's actions. Kenya endured years of lies about Apollo. NeNe has always gone out of her way to put her down. Cynthia denied being close friends with her. I could go on and on. A lot has gone down, but Kenya has made it through and should be respected for all that she has been put through.

It's OK if Kenya is not your favorite Real Housewife. After all, there are so many ladies to choose from, but I just don't think it's fair for her to be eternally cast with this villain label. Sure, she is sassy but, one, it is usually in self defense, and two, she is on a TV show, so she has to provide commentary on everything that happens. I know that Kenya has a strong personality, but she is sincere, hilarious, and wildly entertaining. She doesn't deserve the hate, she never has, and she probably never will.