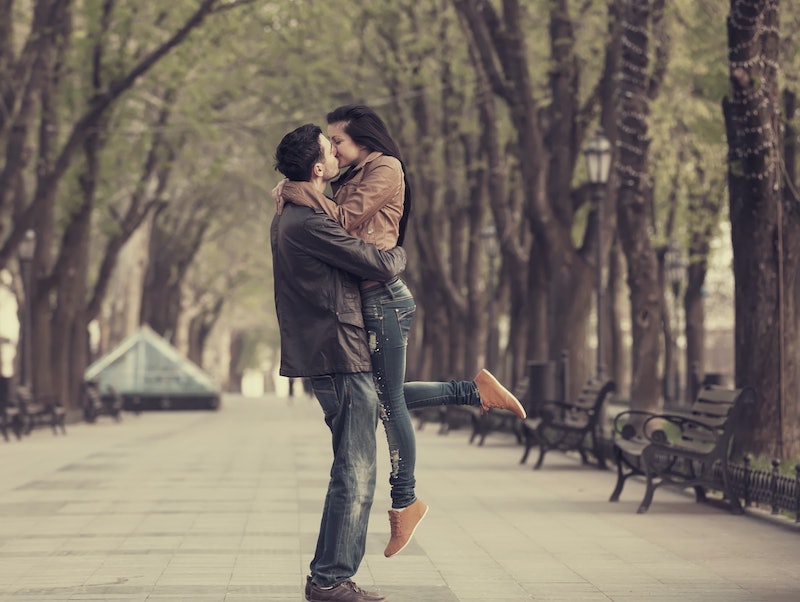 According to recent study, Americans want more from their relationships than ever before. If you thought that having high standards in relationships is a bad thing, you may want to reconsider. The study, published by the journal Personality and Social Psychology Bulletin, found that, at least when it comes to American marriages, having high standards can make a marriage much better or much worse.

For example, having high standards can lead to disappointment if your partner can’t deliver, while having low standards leads to, well, everyone sells themselves short pretty much and it can be depressing. But as the study found, when it came to happiness in the long run, the 135 newlyweds who filled out questionnaires every six months for four years, high standards and relationship satisfaction went hand-in-hand.

However, what seemed to be a source of contention in both the happy and not-so happy relationships, was sarcasm. Sarcasm, as opposed to honestly addressing issues that every couple faces, can actually be the kiss of death for relationship satisfaction. Takeaway? Having high standards and avoiding sarcasm is the key to martial bliss, at least according to this study.

Because high standards are good for not just your relationship happiness but other things, too, here are four more reasons to keep 'em high.

1. You Don’t Want To Settle

A 2014 study found that those, especially as they get older, who put being in a relationship above the quality of the relationship, end up being, for lack of a better word, miserable. Similar to the finding from the most recent study above, low standards will lead to dissatisfaction, especially those stemmed from the fear of being alone.

2. You Respect Your Self-Esteem

The same 2014 study found that those who lower their standards and settle, are also more willing to tolerate things that will affect their self-esteem. According to a mock online dating experience, the researchers found that those with low standards were interested in people who clearly have no intention of respecting them. These people were more likely to respond to dating profiles with “callous” statements like, “I love what I do, so I need someone who respects that and is willing to take the back seat when necessary.”

Um, what? Unless you want to be treated like some sort of inconvenience when it suits your partner, then up your standards.

According to a 2015 study that also addressed how demanding American relationships are, having standards helps in this “self-expressive era.” What that means is that if you look for someone who doesn’t just meet the demands of being a partner and co-partner, you’re more likely to fulfill your desire for more, like psychological needs, and it leads to personal growth and the evolution of yourself into the complete being you’re meant to be.

4. It Will Challenge You To Be Better

In having high standards for your partner and your relationships, you’re also setting high standards for yourself. You’re setting a bar for both of you to achieve and in doing so you’re more likely to rise to meet that challenge. However, as the study published by Personality and Social Psychology Bulletin concluded, if you and your partner can't meet those standards, then all bets are off. Basically, at that point, you should just submit to a relationship of no standards at all and have a less satisfied relationship because of it. But I don’t think you want to do that.