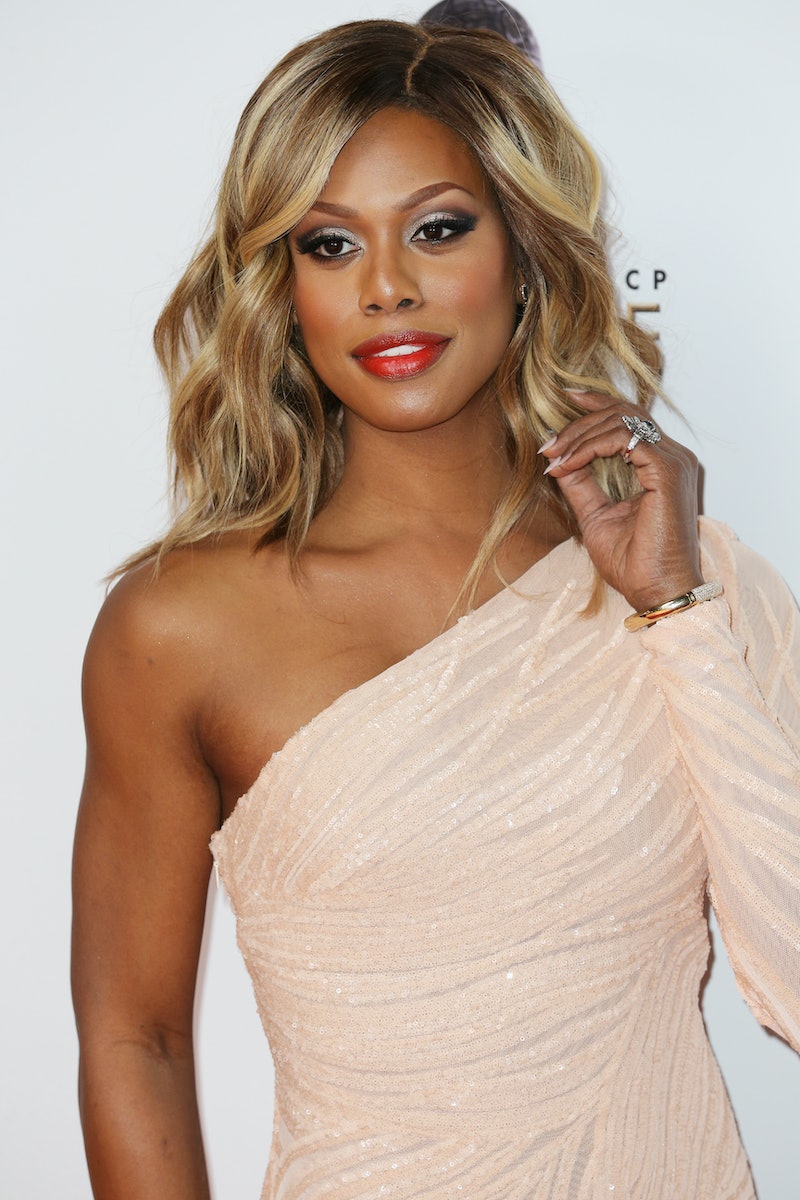 If you're ready to be a trans ally, it's time to think about how you can be more trans-inclusive in your daily life. The first trans person that I knew was a transgender man I lived with after college. He transitioned pretty soon after I moved out and I have to admit, I had a hard time making the transition in my head from thinking of him as an out and proud lesbian to thinking of him as a, well, him. I wasn’t sure about how to refer to him in the past, for example. Like, did I use female pronouns when talking about the past? (No.) Could I use his old name sometimes? (Not really cool to do.)

I stumbled and slipped through all of that until we finally saw each other at a party a few months after he came out. After spending so much time thinking about the best way for me to act, I felt weirdly nervous. “This is silly,” I thought. “We lived together for months. He’s not a completely different person; just more himself!” So I went up to him, put out my hand for a shake, and re-introduced myself. It was a little awkward, sure, but it gave him a chance to introduce himself and I saw in his eyes that he appreciated the gesture. It also helped solidify his identity in my mind and from then on, he was definitively the person he was — new pronouns and name and all — and not the person I used to know.

A lot of cisgender people are meeting openly trans people for the first time in our lives right now, as transgender visibility increases, and even the most well-meaning among us may make mistakes. Your trans friends grew up in the same society you grew up in, which means they’re probably all too aware of the questions most people have about them. So how can you be a better ally? I asked some of my trans and agender friends to find out how cisgender people can actively be more trans-inclusive in their daily lives and here's what they said.

1. Ask Which Pronouns They Prefer

Don’t assume that you know which pronoun a person prefers just by looking at them. Katie, an agender (someone who identifies as without gender) freelance writer and nonprofit marketing and events specialist, points out that some people — them included — may present as male or female but actually prefer the gender neutral “they.” Other people may appear “female” or “male” to you but may actually prefer the opposite pronoun to what you think.

“I think one thing is asking preferred pronouns to any new person you meet,” Chloe, a trans woman and activist with an active YouTube channel around trans issues, tells Bustle. “You never know how anyone identifies and if [you are asking] a cis person who knows nothing about asking preferred, it will serve as a lesson.”

2. Don’t Treat Every Trans Person Like Your Personal Google

Trans people know that you’re curious. They get it. Out trans people today are often the first (and sometimes only) trans person that their friends and family know, so a lot of them expect to have to answer at least a few questions. But let’s be reasonable about it.

“Overall questions are always better than assumptions, but I don't always want to be educating people, especially about basic Trans 101 stuff,” says Gavin Rouille, a trans guy and artist who does work about gender. “I would encourage people to google questions first, and think about it before asking. If you still don't know, then ask, but use common sense and social skills to know if you are being inappropriate and overstepping boundaries.”

3. Do Not Ask About Their Genitalia

Probably the number one inappropriate question that trans people get (all the damn time) is about their genitalia. “Unless we are planning to have sex or you're someone I know well and trust, don't ask me about my genitalia,” Gavin says. In fact, you shouldn't ask about even your close friend's genitalia unless they bring it up or have expressed that they are open to talking about it.

Think about it: Would it ever be appropriate to ask a cisgender person about their genitalia? Unless you’re good friends or family, we as a society have pretty firmly agreed that genitals are a private topic. That goes the same for trans people: Just because their genitalia may be different from their gender presentation does not mean it's appropriate to ask them about it. If they want to talk about it, that’s up to them.

4. If You Are Having Sex With A Trans Person, Ask What They Call Their Genitalia

“If we are having sex, ask me what words I would like to use for my genitalia,” Gavin says. “It's the grossest thing ever when a dude calls my dick a pussy. Eww. Total boner downer.”

5. Stop Telling Trans People That You Can Or Can’t Tell What Sex They Were Assigned At Birth

Another well-meaning but totally not OK thing to do is to tell someone that you “can’t tell” that they were assigned a different gender at birth. They have always been their identified gender. Even ruder? Saying that you can tell.

Discussing whether or not someone "passes" can alienate people who are not able, through biological luck, financial standing, or other factors, to confirm society's conventional gendered beauty standards.

“Don't mention if you could or couldn't tell that I was born a different sex than the gender I present,” Gavin says. “It's rude and it doesn't matter.”

We are all human and we all make mistakes, so if you do step wrong (and let’s be real: you will, at some point), then own it! Don’t try to backpedal or gloss over it. Just apologize and move on.

“Mistakes happen,” Gavin says. “If you use the wrong name, pronoun, or whatever it's OK, but correct yourself and apologize.”

7. Stop Asking Why They “Still” Identify As Trans

Maddy McKenna is a trans woman, model, and activist who is open about having gone through gender confirmation surgery, says that, lately, people have been questioning why she even still identifies at trans since she’s a "real woman" now that she has a vagina.

“I think people need to understand that for most trans people, especially in this age, to us being trans isn't just this thing we deal with behind closed doors and try to forget about,” Maddy tells Bustle. “Of course I'm a woman, but I'm also a trans woman, which means I've gone through different experiences than a ciswoman, just like a black woman or a gay woman has gone through things that I haven't gone through. Being trans is awesome and it isn't temporary, but by saying ‘Oh you're complete; you shouldn't have to tell anyone,’ sounds to me like they're saying life is going to be so much easier because you don't have that dirty little secret in your pocket.”

To Maddy, being trans isn’t a dirty secret at all but rather an essential part of her identity that she’s really proud of.

8. They Don’t Need You To Confirm Their Gender Identity

Another thing that Maddy has run into is people feeling they need to confirm her gender identity for her. While this is undoubtedly another well-meaning misstep — most people probably just want her to know that they’re cool with her being who she is — it gets old.

“It's like they need to tell me ‘I see and feel you as a woman,’ and I never know how to act like, I'm not gonna tell you f*cking thank you for something I know and I don't need you to confirm that yes I'm a woman because you are trying to be nice to me,” Maddy says.

9. Accept That “They” Can Be Singular

As I’ve worked to be more trans-inclusive in my writing, I’ve consciously switched over into using “they” as a singular pronoun. It took months of pushing back against years of English class corrections but it’s automatic for me now. And I’m not the only one who has made the shift — the American Dialect Society actually declared the singular “they” the Word of the Year for 2016.

Even publications like the Washington Post have jumped on board, adopting the singular “they” as a part of their official style guide in 2015. They pointed out in their article about the Word of the Year that the singular “they” is already used in spoken English.

10. Say “People Of Any Gender” Instead Of “Both Genders”

This is another slight shift that signals to trans people that you’re an ally. Instead of referring to “both genders,” which implies a strict male/female binary, start saying and writing “any gender.” That way people like Katie, who is agender, and other people who aren’t on the gender binary are included as well.

Editor's note: If you want to learn more about how to become a better ally, check out GLAAD's tips and these resources to better support the trans community.