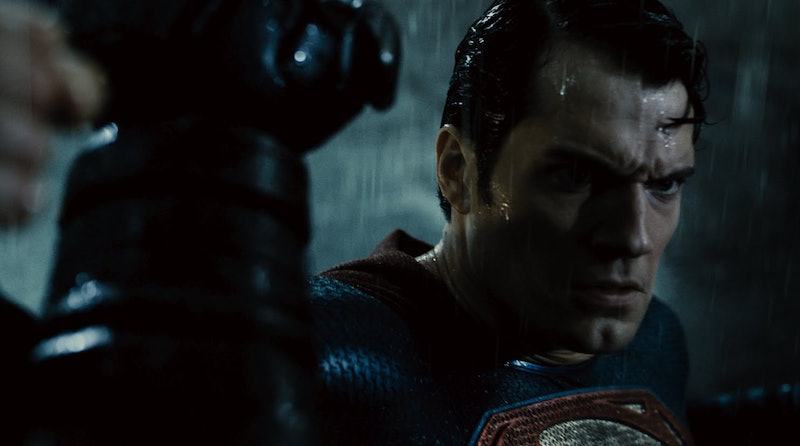 Batman and Superman are about to go head to head on the big screen for the first time ever in the new film, Batman v Superman: Dawn of Justice. The movie is expected to be a massive event, and fans are already debating which of the two heroes is going to come out on top in the battle (Superman, obviously). But fans are also wondering if Batman and Superman have ever fought before. Given that each of the heroes first appeared in the pages of D.C. Comics way back in the 1930s, with Superman debuting in June of 1938 and Batman following 11 months later, they have to have fought at some point in the intervening 77 years, right?

Believe it or not, Batman and Superman never even met in the comics until 1952, when they ended up cabin mates on a cruise and hi jinx ensued. They continued to cross paths over the next several decades, but most of the time they were on the same side, choosing to combine forces and fight crime as an unstoppable team. However... there have been a number of occasions where they've found themselves on the opposite end of each others fists. And surprisingly, Batman has lived to tell the tale.

The first time the pair came to blows was in World's Finest Comics #95, in 1958. In that issue, Batman ends up with powers similar to those of Superman, and the two heroes begin a rivalry that results in a huge fight. This is revealed to have happened because of a bet between some aliens, making the story basically a cross between Batman v Superman and Trading Places. Eventually, the pair come to their senses and stop fighting, without a real winner. Overall, the two icons fight a total of 14 times during the three decade run of World's Finest, and many of these stories feature Batman being jealous of Superman and somehow obtaining superpowers.

The heroes have clashed several times in modern comics as well. The most notable, and the one whose stylistic cues are heavily borrowed from in Batman v Superman, is Frank Miller's 1986 four issue miniseries The Dark Knight Returns. In that story, an aging Batman comes out of retirement to clean up Gotham once more and comes into conflict with Superman, who is assigned by the government to stop the vigilante Batman. Batman invents a super suit to fight Superman, and that suit looks almost exactly like the one Bruce Wayne wears in the new film.

The pair have clashed on screen before several times as well; just not at the movies. Some off the animated films where the two face off are The Batman, The Batman Superman Movie: World's Finest, and a Dark Knight Returns movie. They've also come head to head on the animated series Batman: The Brave and the Bold and Superfriends. And they square off in the 2013 video game Injustice: Gods Among Us, one of their most recent skirmishes. So out of all these fights, who wins? According to YouTube user The Imaginary Axis, the Batman and Superman have fought 45 times, and he scores the bouts as follows: 14 victories for Superman, 3 for Batman, and 28 fights that had no clear winner.

Regardless of who wins the battle in Batman v Superman, one thing is abundantly clear: The movie definitely will not be the first fight between Batman and Superman.