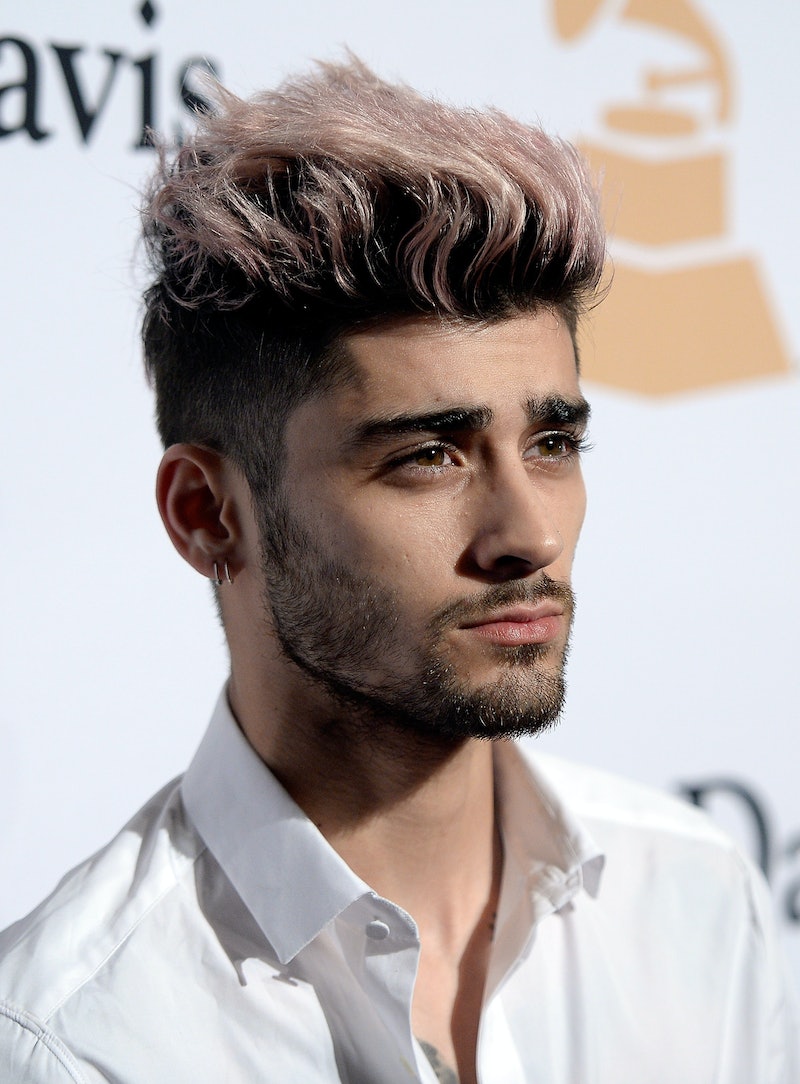 One Direction fans were distraught the day that Zayn Malik announced that he was leaving the band. The five-part boy band was instead going to be four parts and — ever since then — the future for the band has been on the rocks. And while, yes, fans didn't need to say goodbye to Zayn forever, there was definitely a difference in the type of Zayn that fans had grown accustomed to. He quickly went from cute boy band heartthrob to sexy solo artist — and now we're awaiting the Mind of Mine release date of March 25. But, did you happen to notice something about the release of his first ever official solo album? ...No? Well, it turns out that Zayn releases Mind of Mine on the one year anniversary of the day he officially left One Direction. Coincidence? I think not.

Aside from devastating fans with his Facebook official resignation post, Zayn told fans a year before his solo album that he was leaving the band. However, he originally didn't admit his intentions of leaving were for the purpose of pursuing his own career. Instead, his March 25, 2015 Facebook post stated, "I am leaving because I want to be a normal 22-year-old who is able to relax and have some private time out of the spotlight." And, now that we know that March 25, 2016 is the day Mind of Mine comes out... Ouch.

It doesn't help that Zayn finally released "BeFoUr" — the first original song he ever teased way back during that infamous Fader interview — and the song does indeed seem to hint at a major feud leading to his break-off from the band. While that's the most recent song of the four singles from the album that are already released, there's still a chance that more songs on the 18 song track list could be about what caused him to leave.

However, no matter what may or may not have happened between him and the boys, perhaps the March 25 release date could also be a positive ode to the fans. Zayn may be referring to March 25 once again in order to hopefully leave fans with a more positive outlook on the day than he did the year before. At the same time, there's no denying the lie behind his intentions for leaving, and that is leaving fans extremely conflicted.

For now, this day will go down in history as the day Zayn shocks us with new endeavors. However, let's hope that each new career step only comes with the best of intentions.