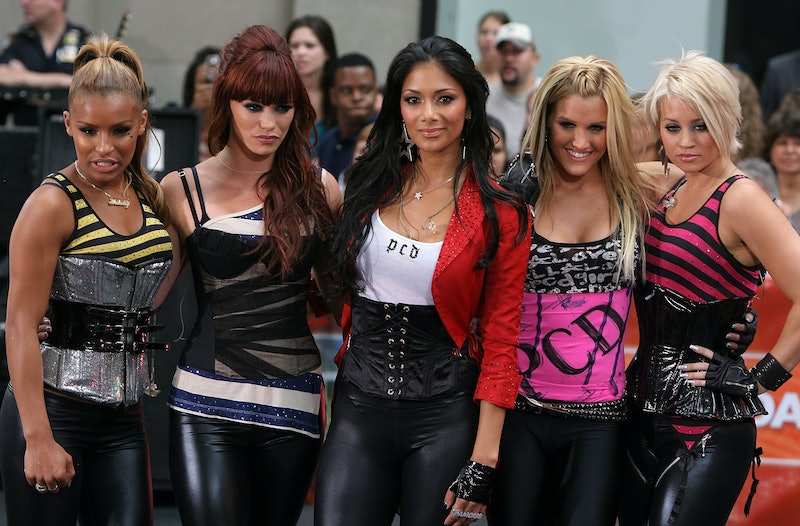 The iPod was introduced to the world in 2001, which meant that CDs were about to become a thing of the past — a nostalgic and arbitrary circular piece of shiny plastic that you could throw in the corners of your closet and forget about. But, during that sweet spot in the early '00s, this hadn't yet happened. In fact, not until the iPhone started showing up in the hands of everyone and their mothers did CDs really, truly go out of fashion. So, you probably had a ton of CDs in the '00s — ones that you prided yourself on and ones that you'd rather not admit to owning.

Regardless, these CDs probably lived in the doors and consoles of your parental figures' cars, and even later down the line, in your own. And that means each morning, on your way to school you probably popped one of these bad boys in your car's stereo, and jammed out. So in the spirit of remembering those glory days, here are 19 CDs from the '00s that you listened to on your way to school.

"So Fresh, So Clean" and "Ms. Jackson" made this CD one of the top contenders in your daily queue. Mostly because nobody felt doper than you, fresher than you, or cleaner than you on your way to school.

Jay Z was a BFD in the '00s. You probably bought the album strictly for "Izzo (H.O.V.A.)" but kept playing it once you realized how fully realized Jay's vision was.

"Sk8er Boi" pretty much defined your life in 2002, right? OK fine. What about "Complicated"? If the songs on Avril Lavigne's debut album didn't resonate with you, you might be lying, and in that case, see you l8er boi.

In my most humble of opinions, this was Christina Aguilera at her finest. Dirrty, raw, real. You couldn't hold her down at this point, and when you blasted these songs on the way to your first period class, you felt empowered too.

Oh, the beginning of Bey's total world domination. Though you might have been upset to see the demise of Destiny's Child, Dangerously In Love got you on board with Bey's solo act.

When "Where Is The Love?" came out, the world exploded. Alright, not really, but damn was that song fire. And Elephunk just kept putting out bangers after bangers — like "Hey Mama" and "Let's Get It Started."

True fact: If you look up "best song of the '00s" in the dictionary, "Yeah!" immediately starts playing and Lil John jumps out of the page screaming.

If "Since You Been Gone" wasn't your number one power break up jam on the way to and from school, then you were really missing out an untapped resource.

Taught you how to spell bananas, and for that, it was instructional/the perfect pre-class album.

"Feel Good Inc." was the song to get you into the mood for anything.

11. Mariah Carey, The Emancipation of Mimi

There was no better "let me just sob to this right now" song than "We Belong Together." Therefore it was perfect to listen to before school.

This album was everything you never knew you needed and to blast "Buttons" as you drove slowly into the parking lot of your school was a rush if I ever knew one.

You brought "Sexyback" every morning when you listened to this on your way to class.

"Stronger" was the song you needed to hear when you were amping yourself up for a big test.

Sure this was a rough time for Britney, but true fans knew to support her by buying (and playing) her album in this time of need. Plus, come on, there were some good songs in here.

"Got Money" and "A Milli" were best played as loud as possible in your car's speakers.

There were so many solid songs on this album, it probably stayed in your CD rom driver for at least a few months.

This was the Soundtrack 2 Your Life. Pre and post school.

Jimmy no more. With this album Drake had established himself as an artist you wanted to listen to — over and over again.

BRB, going to listen to these albums on non stop until the rest of forever.