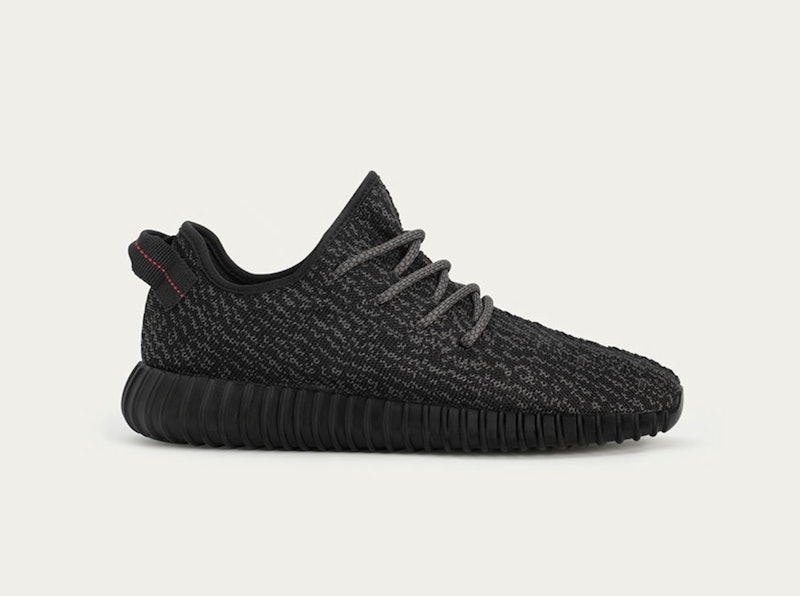 The one thing I remember most from Justin Bieber's revealing GQ cover story, more so than the Hailey Baldwin quotes or that he lives in a hotel or that he smoked? That the writer noted he was wearing the often sold out Yeezy Boosts. That's the fashion lover in me, yo! These Kanye West-designed and branded shoes are beloved, as the tan Yeezy Boost 350s and the Pirate Black Yeezy Boost 350s have sold out instantaneously, furthering their status as fashion unicorns that are not easy to obtain. Sneaker fans that have been shut out of recent iterations and restocks are no doubt wondering what color shoe Kanye West will release next.

You know, I am tempted to expect a fire engine red shoe, to match West's outrageous, unforgettable personality. Plus, Rihanna's Puma Trainers in crimson are pretty sweet. But then I am also curious as to whether or not the Internet-loved Turtle Dove color will be restocked. What about something new and not previously done, like navy or purple? You know what, that's not what I personally think.

I think West will go with a classic for his next shoe. Whether it's a restock of the Boost 350s or of the Boost 750s, I expect the rapper and designer to go with anything-but-basic black.

Why? The Pirate Black Yeezy Boost 350 is such a snazzy shoe. People still want it and don't yet have it. So rather than launch something totally new and in a fresh color, West probably wants to satisfy his customer base that has been waiting with a restock of a surefire "hit."

It goes with anything. You could rock it with an all-white, all-black, or all-red outfit. It's starkly designed but it also finishes off an outfit with polish. It's not an ostentatious shoe, either. Both men and women can wear the Yeezy Boost 350s. Plus, they can be dressed up with leather pants or leggings or dressed down with jeans, yoga pants, or shorts.

Since the Yeezy Boost 350s have been released in mostly neutral colors, I think black is a smart choice. It's coveted by fans, sneaker lovers, and Yeezy devotees, as these Pirate Black Yeezy Boost 350 tweets indicate.

Since Yeezy Boosts have been so hard to get, why not give the people what they want?