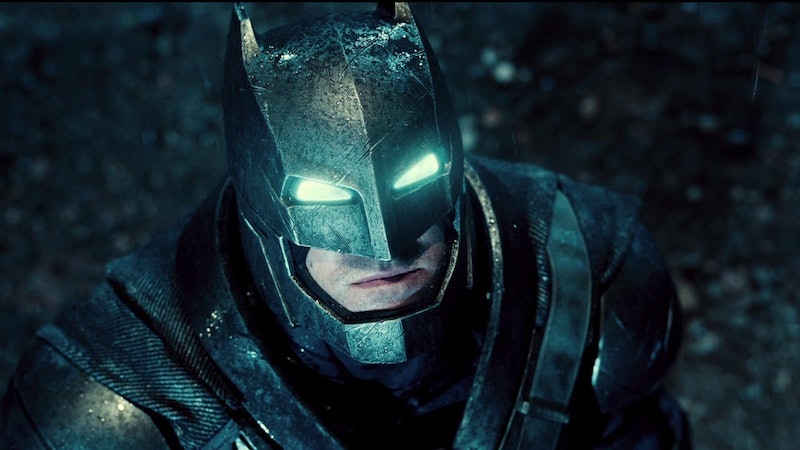 As far as villains are concerned, DC comics mythology has a deep bench. Even the Batman canon alone gives any new story dozens of potential bad guys to reintroduce. But every time a fresh Batman adaptation like Batman v Superman: Dawn Of Justice comes around, there's one larger-than-life villain character who's always a topic of fan speculation: the Joker. Jared Leto's Suicide Squad take on the Clown Prince Of Crime will be the next one movie audiences see, as The Joker doesn't appear in Batman v. Superman .

Director Zack Snyder is speaking out on why he made that choice, explaining in a recent interview with Collider that he's chosen to keep the Joker and also the Riddler out of the game for now. Film and television have seen a few iconic portrayals of the The Joker, including The Dark Knight performance that won Heath Ledger a posthumous Oscar. But Snyder's reasoning doesn't cop to any fear of another interpretation of that character not living up to the legacy. Nor does it include reference to Leto's Joker being in his first feature right on the heels of Batman v. Superman . Instead, Snyder classifies the choice as a story decision. It's a story decision that came down to the wire. Audiences were this close to seeing Batman and Superman not just take on Lex Luthor and each other in this film, but also one or both of Gotham's most famous pranksters. Snyder told Collider:

The Joker and The Riddler both came close to being in this movie. We talked about the possibility of putting them in. [Screenwriter] Chris Terrio and I talked about it a lot and felt that their mythological presence is felt in the movie and that’s cool, but I didn’t want to get my eye too far off the ball because I needed to spend the time, frankly, with Batman and Superman to understand the conflict.

Well, it's hard to argue with that explanation. Batman v. Superman is already stuffed with story, from the looks of the trailers. The script has to establish the bad blood between the two heroes; give Lex Luthor the chance to stir up some drama; and introduce (yay!) Wonder Woman to the cinematic universe. Earlier this month, Entertainment Weekly reported that Jena Malone's villain was cut from the version of Batman v. Superman that will be shown in theaters, but the still-unnamed character will appear on the extended cut. “It’s all world-building as much as it is character-building,” said Executive Producer Geoff Johns of the personnel balancing act in these films.

"World-building" isn't an overstatement. According to Entertainment Weekly, ten more DC comic film adaptations will stem from Batman v. Superman, in one way or another. That long-term planning frees individual directors and screenwriters up to pace the story more or less as they choose. The packed DC slate also suggests that fans should keep their eyes peeled for Easter Eggs that drop hints during Batman v. Superman screenings. The Joker and the Riddler aren't physically in the film, but their influence is. The most striking proof of this so far is the trailer glimpse of the vandalized Robin suit that Bruce Wayne keeps as some kind of horrific reminder. The assumption? Robin is dead and the Joker made sure that Batman would know exactly who was responsible. "Hahaha, joke's on you, Batman!," the graffiti reads. Dark stuff.

I'll be keeping my eyes peeled for more Joker and Riddler references in Batman v. Superman, and for other canon clues too.