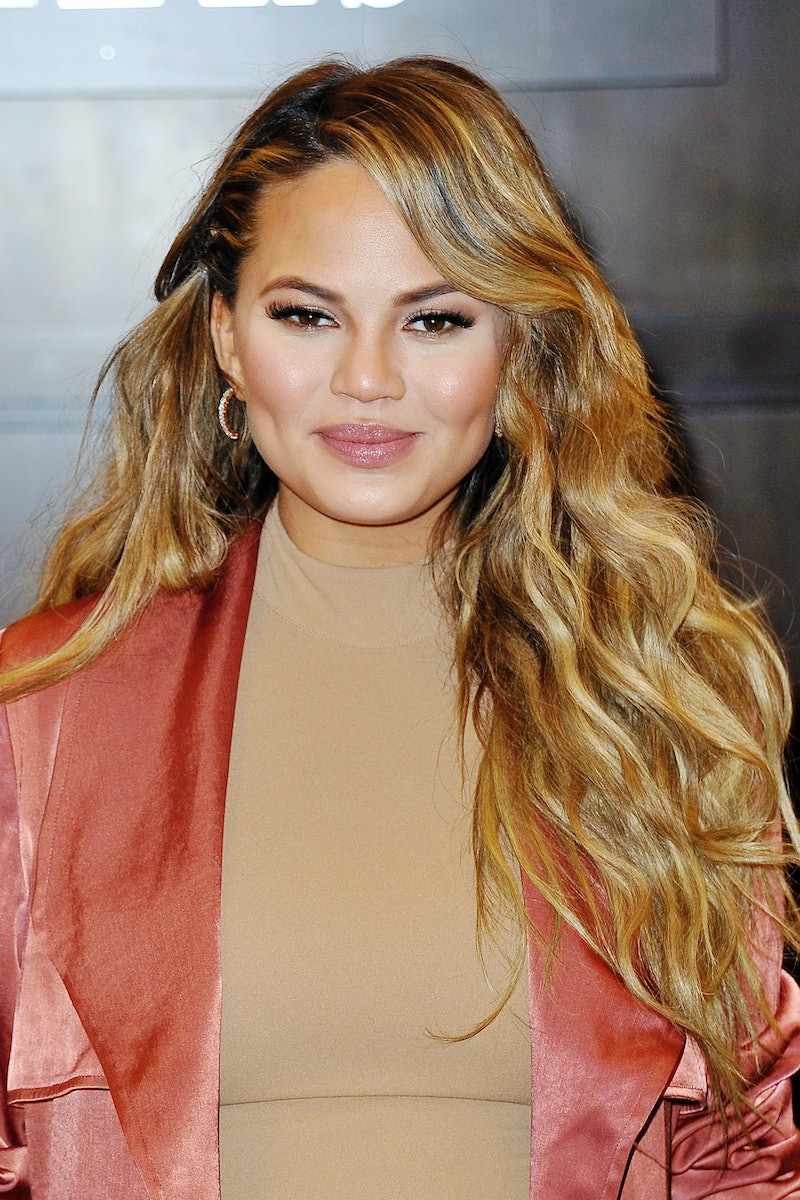 In this age of Hollywood, if you're in any way involved in entertainment or have a significant fan base, you kind of need to be on Snapchat. It has become the most direct way for celebrities to invite fans into their lives behind the scenes, in turn, making celebs as relatable as ever. One of my favorites amongst the batch of celebs really keeping it real on Snapchat is Chrissy Teigen — supermodel, John Legend's wife, and foodie.

If Teigen's Instagram and Twitter tell me anything, it's that I need to follow her on any social medium that she's got. The 30-year-old is brutally honest, hilarious and confident — all traits that would ensure an incredible Snapchat. Last May, Teigen announced that she joined Snapchat and tweeted her username, "ChrissyTeigen." Seems that she and her friend, Kim Kardashian, are similar in their very straightforward Snapchat names. There's no need to confuse your fans, right? (Here's looking at you, rickthesizzler.)

Although she might not be as popular on Snapchat as Kylie Jenner and DJ Khaled yet, Teigen isn't afraid to show off some of her greatest passions, which include food, her dogs, her husband, and her adorable relationship with her mom. Here are some Chrissy Teigen Snapchat moments that give new followers a taste of what's to come.

When Her Mom Was So Cute

I have no idea what "I got crab" means, but it's something my mom would totally say in her confused state on social media. Hi, Mom.

When She Showed Off Her Delectable Dishes

She knows just how to tease her audience.

When She Shared A Peek Of Her Closet

Look at all of those shoes!!

When She Loved Face Swap As Much As Everyone Else

There is nothing more beautiful/hilarious than a face swap gone terribly wrong.

Alright, I love Chrissy Teigen even more now. John Legend just joined Snapchat, as well, so fans will be getting even more of the Teigen-Legend clan than ever before.