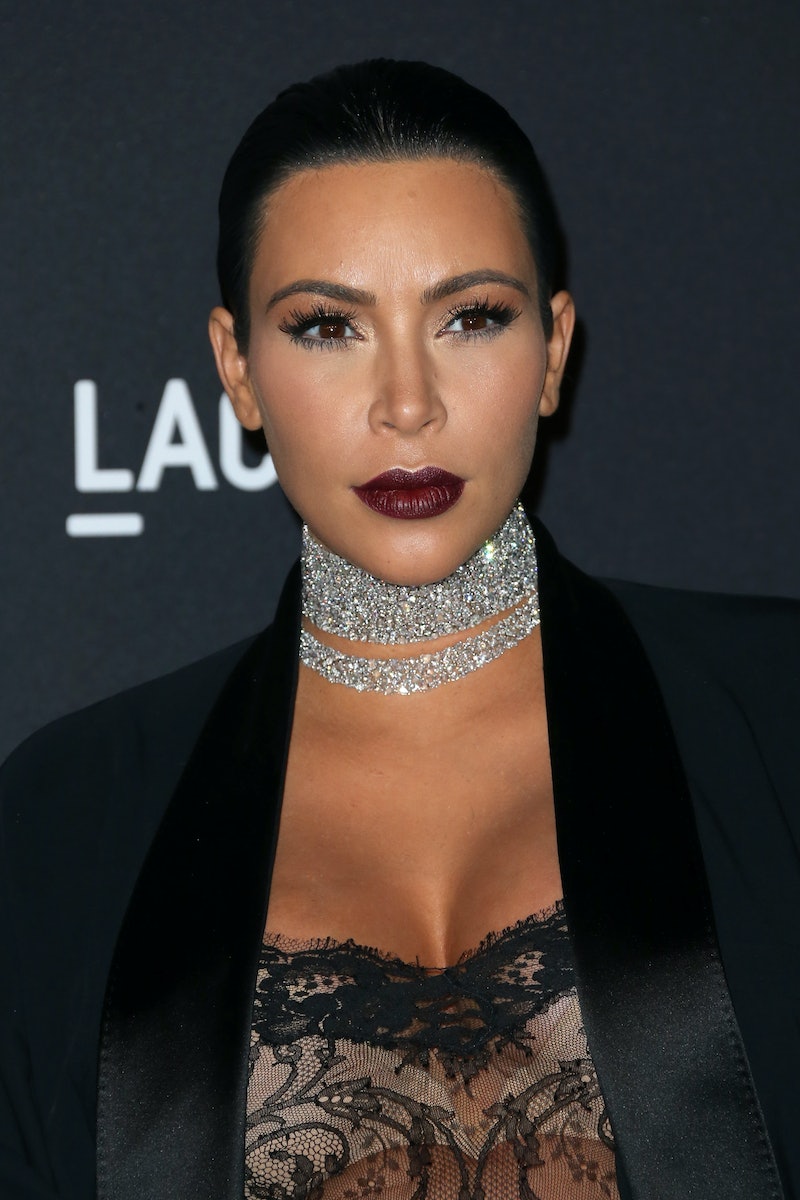 After what felt like an eternity of waiting, Kim Kardashian finally joined Snapchat. She announced the news late Tuesday night on Twitter. Back in January, she posted a selfie with DJ Khaled and asked her 41.5 million followers whether she would join the app. I guess it took some time to make up her mind, but luckily she actually followed through. So, what's Kim Kardashian's Snapchat name? It won't take a detective to figure it out — she stayed consistent with all of her other social media handles. Her username is KimKardashian. Pretty straightforward, huh?

While I know she has a brand to maintain, the reality star could've made it a little more fun. After all, Justin Bieber's Snapchat name is rickthesizzler. Meanwhile her brother Rob chose a NSFW name and little sis Kylie Jenner posts from KylizzleMyNizzl. Then again, those usernames may be tricky to remember (or could easily be typed incorrectly), so that may explain why Kim K kept it simple. Also unsurprisingly, her very first Snapchat was a selfie. Would you expect anything less? Kourtney Kardashian also posed in the shot. If this is any indication, her Snaps will likely be filled two things: selfies and family. (Fingers crossed for a Saint West photo!)

By the way, you may notice that Kim has a peach emoji in her tweet and on the app itself. Nope, it's not part of her username. Instead, this is Snapchat's way of verifying celebrities, equivalent to that little blue checkmark on Twitter. Kylie has a crown next to her Snap name, while Bieber has that praying hands emoji, which signifies that theirs are "official stories."

Speaking of Kylie, is it just me or does this seem like another ploy for Kim to follow in her footsteps? There was that memorable Keeping Up With The Kardashians episode where she spent hours scrolling through her teen sister's Tumblr, trying to copy her style. She also used to consult Kylie when picking clothes for Dash, because she wanted to stay cool and relevant.

Plus, on her popular app, quite a few Kimoji appear to be inspired by the 18-year-old. There are several little faces with their hair dyed similar colors that Kylie has had in the past, along with lips, crowns, and cars that look a lot like the youngest Jenner's. When considering all that evidence, it might as well be renamed the Kyloji app.

This makes me believe that conquering Snapchat is another strategic move to be like her sibling. Considering the mom-of-two already acquired millions of followers on Twitter and Instagram, it was only a matter of time before she moved onto Snapchat. It's become fans' go-to way to follow Kylie and know what's going on in her life, so it makes sense that Kim would want that same kind of connection. Perhaps that recent face-swapping video was a major foreshadow that these two are slowly becoming the same person.

Either way, welcome to Snapchat, Kim! It's only a matter of time before she posts a 10-second photo that #BreaksTheInternet for what, the millionth time now?