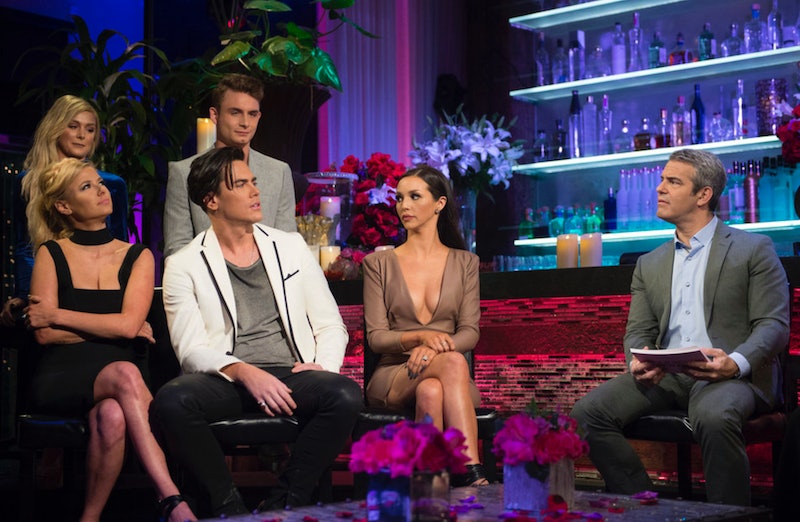 I know the NCAA tournament is well underway, but the real March Madness began Monday night: The first installment of the three-part Vanderpump Rules Season 4 reunion aired this week, kicking off the Bravo reality show’s postseason. To some, three hours may seem like an absurd amount of time to spend rehashing and responding to the episodes that preceded it. But as any true Pump Rules fan will tell you, Season 4 was a fount of material. A drama bonanza. A thrilling, pinot grigio-soaked adventure. So yeah, a three-part reunion is beyond necessary. If this special was only given one episode, would the special have had enough time to, for example, address Season 4 breakout star bacon “A”? I shudder at the thought.

Thankfully, we don't have to worry about such an oversight. Thankfully, we had plenty of time to check in with the now-infamous piece of artwork that Tom Sandoval acquired in Las Vegas. But before we could see what it's been up to lately, the reunion recapped what the bacon "A" went through this season: Shortly after the butt tat was born, removal plans were set in motion. It was curtains for bacon "A."

...OR SO WE THOUGHT. At the reunion, Tom Sandoval revealed that he had yet to complete the tattoo removal process. He explained that the first round of lasers only zapped away the black ink outline, leaving behind a red, orange, and yellow bacon/flames "A." Tom Sandoval didn't appear to be in a hurry to go back to the tattoo removal specialist, so the subtler iteration of the bacon "A" would sizzle on. And both he and girlfriend Ariana seemed to be totally fine with this turn of events.

Tom Sandoval, hero that he is, did the only thing he could do in that moment: The SUR bartender dropped trou and showed off his tatted butt. And they were right: A faded, less eye-catching version of the bacon "A" was still there. A ghost of what it once was, perhaps, but still present and accounted for.

The bacon "A" will fry another day.