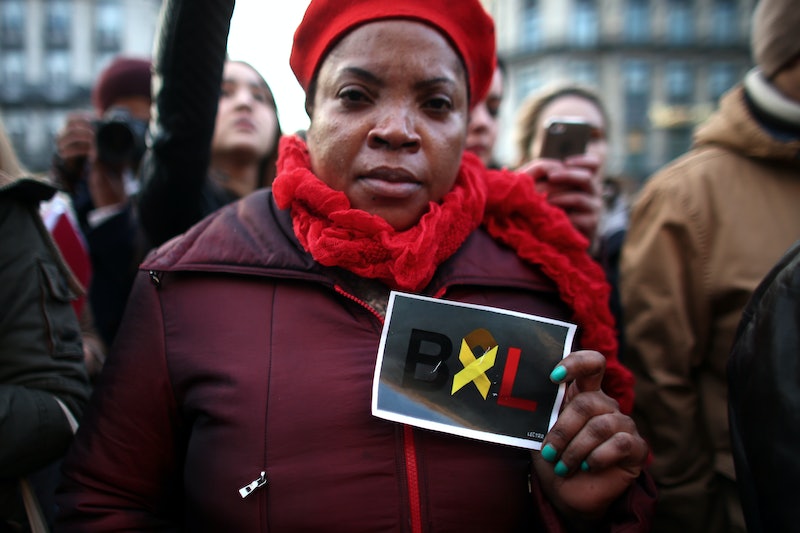 Presidential candidates have been clamoring to speak their piece about the terror attacks in Brussels which have left dozens dead and many more injured. ISIS is reportedly the culprit behind these attacks, prompting American politicians to issue statements vowing to fight the threat of terrorism. Although these messages translate well beyond our borders, American citizens are the intended recipients. One of the many ways to make a difference in the face of such incidents is supporting Brussels with your vote, because this election season is especially important for its global implications.

Picking a candidate firmly dedicated to a more measured response in the face of such senseless violence could greatly benefit diplomatic efforts, in addition to helping combat attacks from ISIS and similar groups. However, such reasonable requests appear to be missing from the campaign rhetoric of key candidates such as Ted Cruz and Donald Trump.

Playing on what appears to be xenophobia and a lack of understanding of innocent parties versus extremists, Cruz and Trump have certainly sent some divisive messages about what they'd do in the face of similar attacks. Cruz has expressed explicit interest in "carpet bombing [ISIS] into oblivion" and monitoring Muslims in the United States, while Trump similarly stated that he'd be utilizing surveillance of Muslims and mosques in America, were such an attack to occur in the United States.

There are five presidential hopefuls still in the running. On the left, Democratic frontrunner Hillary Clinton has made it exceptionally clear that the best way to fight such attacks is through a united front. Surprisingly, Ohio Gov. John Kasich's response to the Brussels attacks echoed those of Clinton's, in that he called for unity. In an official statement about the incident, Kasich said:

We and our allies must rededicate ourselves to these values of freedom and human rights. We must utterly reject the use of deadly acts of terror. We must also redouble our efforts with our allies to identify, root out and destroy the perpetrator of such acts of evil. We must strengthen our alliances as our way of life and the international system that has been built on our common values since the end of the Second World War comes under challenge from these and other actors of evil.

Vermont Sen. Bernie Sanders may have been the last candidate to release a statement about the Brussels attacks, but his condolences were more than welcomed. Sanders similarly called for unity, stating that he and the rest of the country "stand with our European allies to offer any necessary assistance in these difficult times."

Voting is of the utmost importance this election season. Whether it's the latest tragedy in Brussels or the explosion that occurred mere days before in Istanbul, the uptick of potential terrorist incidents across the world points to a global threat that simply cannot be ignored nor can it be solved through mass antagonism. Of the many points Cruz touched upon in his Capitol Hill address following the Brussels attacks, the Texas senator was only on point in stating that the Western world has become a major target of extremism. Divisive tactics that alienate those on the fringe stand to only further that divide, however.

By choosing a presidential nominee who respects other cultures and who won't alienate allies, voters can send a strong message to at risk communities, including Muslims unnecessarily condemned for their religion despite a majority of those embracing a peaceful life path. Something far more meaningful than a tweet or tribute to the lives lost in Brussels may very well be how you choose to vote. As candidates' words have the power to make people more or less welcomed in the country, so too do their policies carry incredible weight if elected to the highest office in the land.