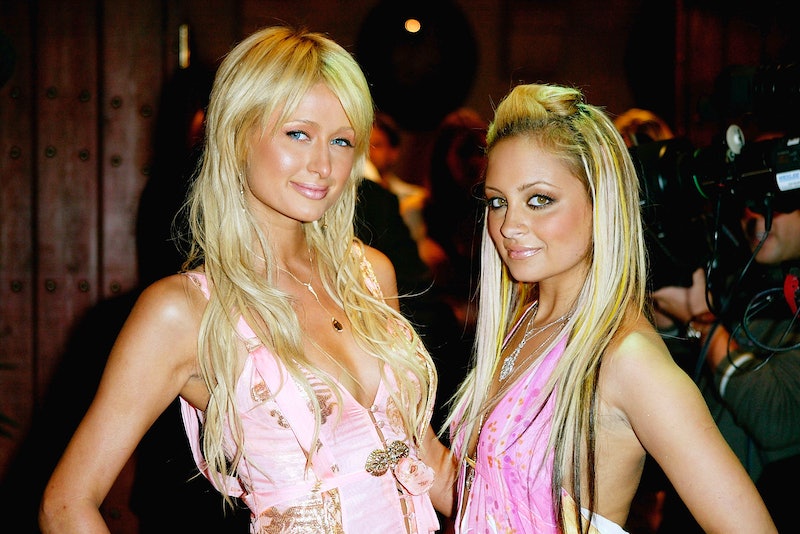 The life of the rich and famous is often perceived as glitzy, glamorous, and appealing — particularly to those who are fascinated by celebrity and the bubble of Hollywood, fantasizing about what it would be like to be wealthy and have access to anything and everything you could ever want in life. But the obvious downside of that kind of fame is the endless harassment of paparazzi, intense scrutiny from tabloids, and having the general public know where you are at every given moment. Sometimes, celebrities just want to be normal , running to the grocery store sans makeup without worrying their foundation-less face is going to land on the cover of a supermarket weekly. And in that quest to be like your average, every day human, sometimes celebs have done crazy things to be normal.

This is not the first time that the Kardashians have donned disguises to go unnoticed, but it's certainly one of the best. The ladies K went super undercover to go on a star tour in L.A., and everything about it (including all of their Kardashian kommentary) was amazing.

2. Literally Everything Paris Hilton & Nicole Richie Did On The Simple Life

From visiting people in jail to being stewardesses to literally sticking their hands inside of a cow's butt, Hilton and Richie's attempts to be like Middle Americans were so hilariously outlandish that the show is straight-up iconic.

3. When Drake Went Undercover On Jimmy Kimmel To Interview People About Himself

Let us all remember that Drake started from Degrassi, now he's here. Interviewing strangers on the street about himself. While wearing a disguise.

4. When Harrison Ford Dressed Up Like Peas In A Pod To Go Trick-Or-Treating

It's hard out there for a pea. (Real talk: Harrison Ford knows a thing or two about trick-or-treating in costume.)

And fooled literally all of the other Adele impersonators. That is, until she started singing.

6. When Louis Tomlinson Needed Security To Take Baby Freddie On A Stroll

A new dad normie could just walk down the street with his baby in a stroller. New Dad Louis needed security.

7. When 5SOS Pretended To Be Target Employees To Sell Their Album

They've now done this for both studio albums. PSA: Luke Hemmings is the new Alex from Target.

8. When One Direction Dressed Up As Old People

The look on that little girl's face when Louis Tomlinson took off his mask, though. This is what dreams are made of.

9. When Disguised Miley Cyrus Asked For The Public's Opinion On Miley Cyrus

Because pretending to be Hannah Montana was just practice for the real thing.

10. When Gwyneth Paltrow Tried To Relate To Working Moms & Wound Up Alienating Them In The Process

In an attempt to inform the public how tough her life is as a working mom, she accidentally alienated most working moms in the process. Speaking to E! about the grueling schedule of filming, Paltrow explained that those moms who work office jobs don't really get it:

I think it's different when you have an office job, because it's routine and, you know, you can do all the stuff in the morning and then you come home in the evening. When you're shooting a movie, they're like, "We need you to go to Wisconsin for two weeks," and then you work 14 hours a day and that part of it is very difficult. I think to have a regular job and be a mom is not as, of course there are challenges, but it's not like being on set.

11. When Henry Cavill Stood Under A Superman Billboard & No One Recognized Him

Looking for proof that the general public doesn't recognize Clark Kent when he's not Superman? Your journey ends with this Instagram video, that shows Henry Cavill — in a Superman shirt — straight-up standing under a Batman v. Superman billboard in Times Square and no one noticing a thing.

Is normalcy overrated? Maybe not for these stars.