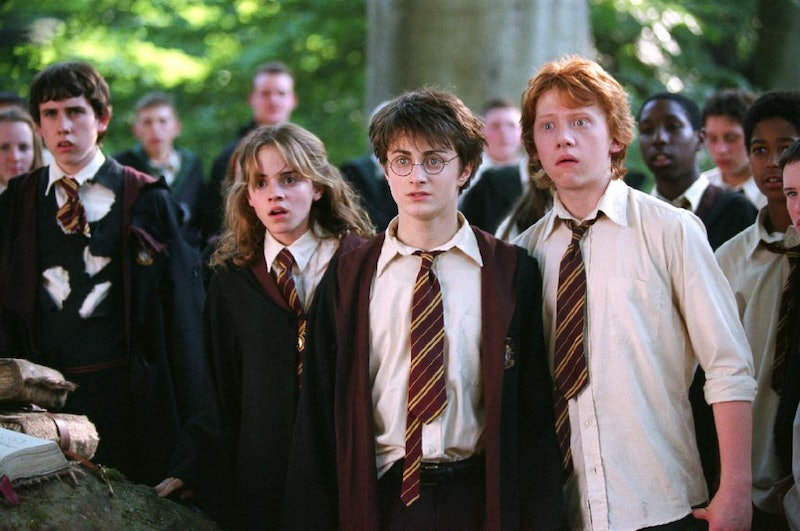 As long as there has been Harry Potter, there has been fan theories. For those of us who lie awake at night and think about the books, these have been a blessing and a curse. Sometimes, these theories confirm what we have already suspected. Sometimes, these theories blow our minds with new information. Sometimes, they turn us into a snotty, crying puddle of a human. For many, Harry Potter isn't just a book series, it's a way of life. Because it consumes so much of our life, Harry Potter inspires the kind of crazy, in-depth theories that would confuse even a Lost or Pretty Little Liars fan.

Of course, there are a ton of fan theories out there, some better than others. Below are five of the most legit ones (in my opinion, anyway).

1. Crookshanks used to belong to the Potters

Quora user Yedu Krishnan explains a popular theory that Crookshanks, Hermione's giant, cantankerous cat, is actually Harry's long-lost pet kitty. During The Deathly Hallows, when Harry finds an old letter from Lilly at Grimmauld Place, she mentions that they have a cat that Harry almost ran over with his toy broomstick. When Hermione adopts Crookshanks from Diagon Alley years later, the pet shop owner mentions that he has been there a long time. Still not convinced? Then explain how Crookshanks knew immediately to hate Scabbers and trust Sirius in his dog form. Maybe because the cat was used to seeing them around years ago? (And let's face it, if any cat could withstand an attack by the most evil wizard in creation, it would totally be Crookshanks.)

You've definitely heard this one before, but for all five of you Harry Potter fans who have been living under a rock for the past couple of years, let me blow your mind for a minute. This theory, which has J.K. Rowling's seal of approval, claims that Harry, Snape, and Voldemort represent the three brothers from Beedle the Bard's Tale of Three Brothers. Voldemort is the arrogant oldest brother who wishes for the Elder Wand, only to die by it because of his own arrogance. Snape is the middle brother who wishes for the Resurrection Stone, who dies in mourning for his lost love. Harry, of course, is the youngest brother who wishes for the Invisibility Cloak and eventually greets Death as an old friend. That old friend? Dumbledore, who has a hand in the death of all three characters. I'll give you a minute to compose yourself.

3. The Dursleys hated Harry because he was a Horcrux

One fan wants to cut the Dursleys some slack. Sure, they were terrible, abusive guardians who stuck the kid in cupboard for close to 11 years, but it might not have been entirely their fault. We learn in The Deathly Hallows that Harry is an accidental Horcrux. As we know, prolonged exposure to Horcruxes can affect people in a pretty terrible way. Ginny killed a cat and unleashed a deadly serpent on her classmates, and Ron turned into a raging dick who abandoned Harry and Hermione when they needed him. So imagine living with a Horcrux in your home for years. You're probably going to turn pretty nasty at some point, right? Of course, the Dursleys were probably never going to be warm and friendly towards Harry, but they might not have been quite as terrible.

I really hope this one isn't true. HPWombat has a pretty bleak response to the idea that "either must die at the hand of the other, for neither can live while the other survives." This part of Trelwaney's prophesy has been typically interpreted as to mean that Harry and Voldemort are destined to face off against the other. But what if it means that the only way that Harry or Voldemort can be killed is at the other's hand? This means that now that Voldemort is dead, there's no way for Harry to die. He's immortal, and will never be reunited with his family and friends. It's the greatest sacrifice he could make. I'm not crying... YOU'RE crying.

5. Neville's wand was holding him back.

Isn't it kind of weird how Neville went from being one step short of a Squib to turning badass seemingly overnight? There's a theory for that. Throughout the series we're reminded over and over again how the wand chooses the wizard, and how a wizard will never be as successful with another wizard's wand. That's why it's so heartbreaking when Harry's wand breaks, and why he can never quite master Draco's stolen wand. When we meet Neville, we learn that he's using his dad's old wand rather one designed for him. Once that wand breaks and he's able to select a new one, he finally begins to step out of the shadow of his father and become his own wizard. Is it a coincidence that his confidence and spellcasting improve after he gets his new wand? I think not.