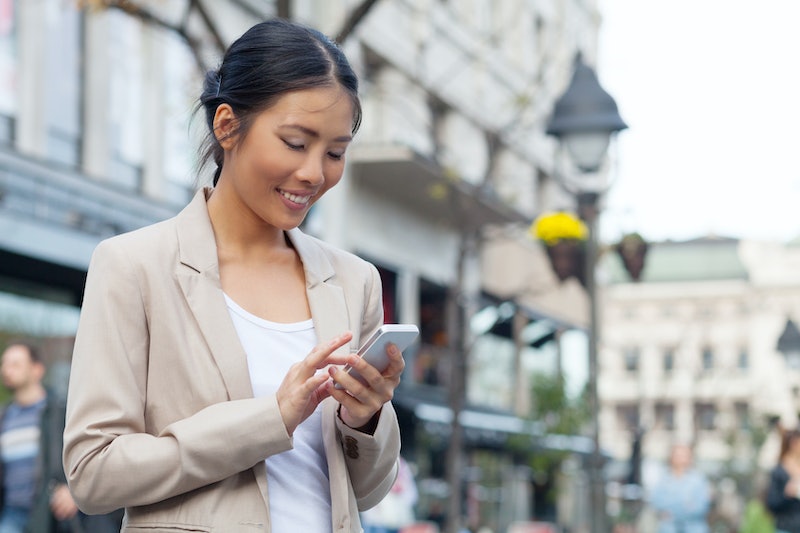 If you've ever used a dating app, you probably know the best ones for hookups, the best ones for scoring a date ASAP, and the best ones for finding a pen pal you never actually meet. But which dating apps are best for relationships? If you tell someone you met your long-term partner through a dating app, they may act like you've beaten the system somehow. In a way, this makes sense: with the sheer number of people you interact with on a dating app, even if you end up with a long-term relationship, it seems like it's a tiny proportion of the all the interactions you have on there. And a lot of people swipe for hours, go on lots of dates, and then— for whatever reason – nothing ever really gets off the ground, which is totally fine if you're not looking for anything serious.

But what if you want more? Are some apps more like to lead to long-term relationship than others? A new survey by Consumers’ Research looked at how many people end up with relationships from dating apps, and which ones have the most. According to The Daily Dot, they looked at Tinder, Match, Grindr, eHarmony, and OkCupid to assess the behaviors of online daters after a new Pew study showed that online dating has increased in all age groups since 2013. They also looked at harassment rates (57 percent of women versus 21 percent of men have experienced it), shorter relationships, and got a general idea of who's using apps.

So what's your best bet if you're looking for a long-term relationship? Here are the success rates:

Thirty-two percent of users had made it past the month mark with OkCupid. They also echoed recent research from OkCupid saying that, for women, "those who sent more messages (either initially or in reply to messages received) ended up in relationships more often than those who did not engage in communication." So get messaging.

Interesting, as The Daily Dot points out, eHarmony came in third, despite putting themselves forward as the best for long-term relationships. Twenty-nine percent of users had a relationship of one month or more, which is still pretty good. If you think that most people on there are probably not looking very hard, it says to me that if you're trying for it then it can happen.

Old faithful, Tinder, made the list at number four. Only 13 percent said they had made it past the first four weeks... which surprised me. I know that there's a definitely a hookup culture surrounding Tinder, but I would have thought the number was higher — considering we're only talking about people who have made it at least a month with even one person off of Tinder. That's not to say it doesn't happen (I've been with my girlfriend seven months, one of of my other friends is getting married to a guy from Tinder this year), but there does seem to be evidence that— if a long-term relationship is what you're looking for — some places are better bets than others.