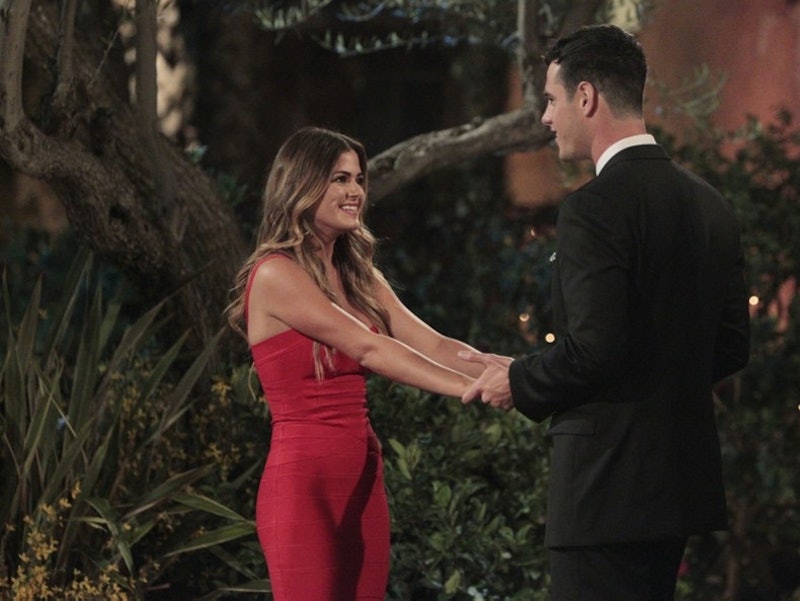 It's been a few months since The Bachelor Season 19 officially ended, but many fans are still not over it. After a heartbreaking finale that sent our beloved, shell-shocked JoJo home in tears, we can now happily move on to watch her break some hearts as the ringmaster on The Bachelorette. Bachelor Nation is ready to see JoJo find love and have a little fun after being blindsided by Ben, as she definitely deserves to receive some good juju. But what about money — do the Bachelorette contestants get paid? Vying against dozens of other single hopefuls for one person's heart may sound silly, but it's a tough job, and it'd make sense that the contestants were paid for their time on the show.

Surprisingly, though, the contestants reportedly do not get paid anything to appear on The Bachelorette or The Bachelor, according to WetPaint. Surprised? I know that I am. It seems kind of crazy to take part in such an insanely popular televised dating competition for weeks on end without receiving a paycheck for your troubles, especially considering that many of the people competing leave their day jobs to find love on the show. That's a serious risk. Still, the lack of payment does make some sense; the actual Bachelors and Bachelorettes are reportedly paid, as do Bachelor in Paradise contestants. There might just be too many Bachelor and Bachelorette contestants on the roster to give them all paychecks, too.

Besides, if a contestant becomes popular, they could potentially make money off the show; plenty of Bachelor and Bachelorette contestants have gone on to get lucrative offers for endorsements and other deals once they left the show. And for those who do win their seasons, the money can be pretty nice. WetPaint claims that the Bachelorette can make hundreds of thousands of dollars, citing Emily Maynard's reported Season 8 paycheck of $250,000 as an example. It may seem odd that the actual Bachelorette can make that much money for dating dozens of potential suitors while the people trying to win her heart aren't getting paid at all, but hey, that's TV for you.

And in any event, everyone on the show gets their 15 minutes of fame (in addition to, you know, the chance of finding love), which certainly has to be a perk. I wouldn't feel too bad for these contestants; being a member of Bachelor Nation is already a pretty good deal.