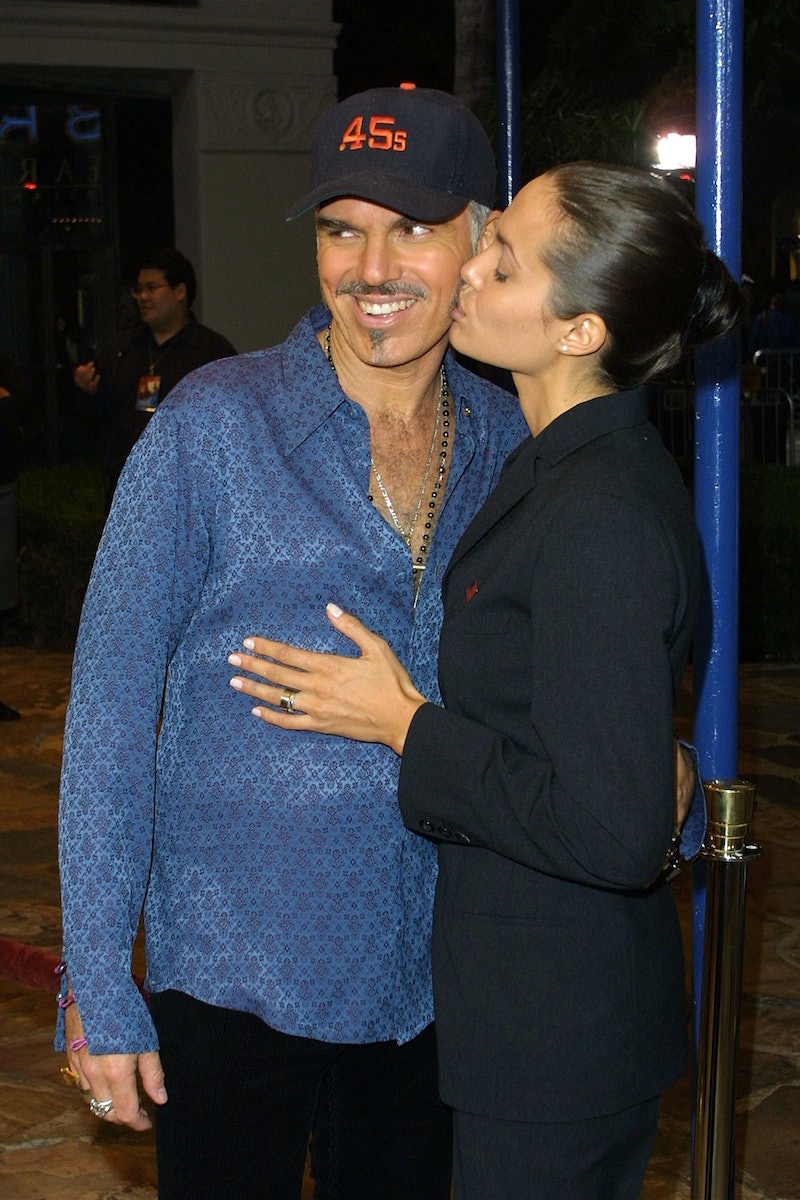 I am a total, unabashed fan of the '90s, the time of glow sticks, shiny shoes, and flannel shirts. But there were a few awful '90s dating trends that have fallen by the wayside, and let's all hope they stay there, alongside the ditch weed and discarded plastic bottles. Though dating trends ebb and flow just like fashion trends, there are some aspects of dating from that era that should remain firmly in the past, while I'm happily ushering some of the decade's best fashion moments as we speak. (Hello, frayed, cropped bootleg jeans and holographic Teva-style sandals! And yes, I definitely own both of those items, and can't wait until it's a little warmer so I can wear them both every day, with brightly colored socks.)

I am a child of the '90s — though I was born in the '80s, most of my childhood memories hail from those 10 fabulous years of raving, grunge, Gwen Stefani's heyday and FernGully. But I definitely didn't date until it was almost the millennium, so I did some poking around to find the worst hits of the '90s. Here are 10 dating-related phenomena for which I have no interest in time-machining to present-day life.

1. Vials Of Each Other's Blood

OK, this was just Angelina Jolie and Billy Bob Thornton. But the '90s couple (who made it to the aughts before calling it quits) were perhaps most famous for their his-and-hers vials of blood around their necks, which made epic headlines and are still talked about today. Thornton talked to Vanity Fair about the whole thing a couple of years ago, trying to set the record straight:

"She thought it would be interesting and romantic if we took a little razorblade and sliced our fingers, smeared a little blood on these lockets and you wear it around your neck just like you wear your son or daughter’s baby hair in one. Same thing. From that we were wearing quart jars of blood around our necks. [Laughter] And we were vampires and we lived in a dungeon."

Sure, fair enough. But let's be real: Any time you slice open your finger and smear it on something in the name of love, people are going to raise their eyebrows. Let's just be glad that no one has tried this lately, and let's hope no one does.

Is it just me, or did every single person, man and women, rock greasy hair like it was a thing in the '90s? I can totally see oversize flannel shirts being a legit thing, but why greasy hair? Was it to telegraph that they just didn't care? Whatever the reasoning behind it might have been, here's hoping that no one shows up with mad greasy hair to a date in this decade. No thanks!

There was this thing back then that really irks me — dudes were all about, like, going and brushing their shoulders off (but this was before Jay Z's "Dirt Off Your Shoulder," mind you) and women were really into wearing all-silver everything (looking at you, TLC) and crooning about saying no to scrubs (all eyes still on TLC).

There was this vibe that everything was about money and having your shit together and hot girls and hot guys and attitude. I'm not really feeling that. I like the era we're in, where (some) people are in this new thing of embracing our flaws and being authentic and real. And no, this is not just among the yoga set, though perhaps it is in part inspired by that crew. There's a new energy of vulnerability in relationships that was not as apparent in '90s posturing and 'tude, and I hope it is here to stay.

The '90s ushered in a posse of "girly" drinks, and women were expected to drink (and, for some reason, embraced drinking) beverages such as Zima, Cosmopolitans, and related sugary abominations. Let's all be grateful that these days, the idea of a girly drink is laughable, and it's not considered odd to order a whisky, rocks, on a first date. Let's keep it that way.

There was this weird thing that happened in the '90s that involved a lot of fancy dancing. Breakdancing was a huge thing, as was raving (with and without glow sticks) and a lot of serious, unsubtle dancing. Though I never turn down an invitation to wiggle, I think it's important to just lose yourself and have fun — not constantly wonder how you look while swaying your hips. Along with peacocking, dancing to impress is no longer au courant — thankfully.

6. Sitting By The Phone

Though phone calls are a definite "yes," back in the old days people had to sit by the phone if they were expecting a call from their partner. There were no cell phones, so you couldn't just head out and hope to hear from bae. So sad, and definitely not part of modern-day dating.

OK, there is still stigma associated with dating online. But it is way better these days, and people are happily (or not-so-happily, depending) Tindering and OkCupiding their days away. Dating online definitely has its peaks and valleys, with emphasis on valleys, but it didn't really exist in the '90s, other than weird message boards on sites you probably avoided or didn't know about. If you want to find a date online today, green light. Back in the '90s, there was no such thing — and anyone who "met online" was automatically branded a creep. Not any longer!

More like this
11 Trends From The ‘90s That Made You Feel So Cool
By Julie Sprankles
I'm 42 & I've Never Had Sex. Is It Too Late?
By Sophia Benoit
Anne Hathaway Is Giving Major Princess Mia Vibes On The Cannes Red Carpet
By Sam Ramsden
Are Gemini & Cancer Compatible In A Relationship?
By Kristine Fellizar
Get Even More From Bustle — Sign Up For The Newsletter