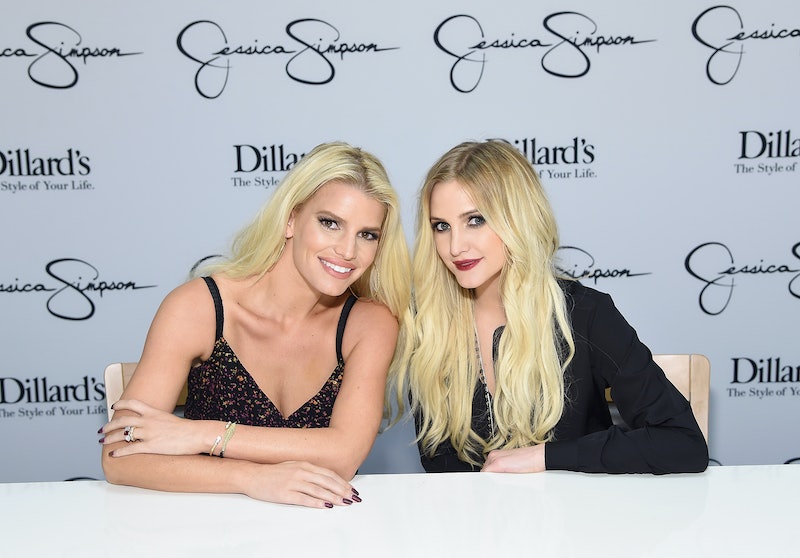 I reminisce about the '90s so much that I almost forget how awesome the new Millennium was. Don't get me wrong: I loved my scrunchies and Lip Smackers, but there were still plenty of things that made me stoked on life in the early 2000s. The dawn of the new Millennium was such a huge moment for us, namely because Y2K didn't bring us down... or do anything, for that matter. Technology was on the move, reality TV utterly exploded, and some of our favorite teeny boppers (Britney! Christina! Jessica!) forever made their mark on the music industry. (You didn't forget about Britney's infamous 2001 MTV VMAs performance with the snake, did you? Of course not.) Sometimes it slips our minds that some of today's greatest inventions, songs, celebs, etc. really got their start in the early 2000s.

I went digging for some of the most memorable moments of the early 2000s and was surprised to see exactly how significant some of these things still are today. Music, technology, social media, beauty: It's all there in one form or another. So without further ado, here they are, in no particular order: Some of the moments we were high on life for in the early 2000s:

1. Knowing That The Governator Was A Thing

On Oct. 7, 2003, Arnold Schwarzenegger was elected governor of California, beating his closest competitor by over one million votes. All together, now: "IT'S NOT A TUMAH!"

2. Singing Along To Christina Aguilera's "Beautiful"

2002 brought more lyrics from Xtina that would echo through the winds of time. How many times did you sit in your room singing, "You are beautifullllll, no matter what they sayyyyy," whilst softly weeping? ... Never? Only I did that? Moving on.

Ah, yes. There was that one time when Eminem was like, "I'm gonna be an actor. Werd." And so Universal Pictures gave us 8 Mile. The lyrics were legendary, and we all pretended to be hardcore. The film grossed over $51 million opening weekend in the United States.

4.The Great Love We Had For Those Disc Things

Speaking of obsolete technology, remember DVDs? Those things that looked like flat donuts and when you shoved them into this rectangular machine thing, they played videos? Good times.

Although it was technically released in the late '90s, it wasn't until the early 2000s that TiVo became more mainstream. This new technology gave us more control over what we watched and when, giving couch potatoes everywhere the warm fuzzies.

In 2003, the world said hello to MySpace. Although the site is now mainly an online hangout for bands and musicians, MySpace was all the rage in the early 2000s, especially when compared to its main competitor, Friendster. Still, pretty much nothing compares to Facebook. Speaking of which...

Remember when Facebook was only used at Harvard? Then it was available to college students everywhere. Then something else happened, and now your dog has his own page. Back in the day, joining Facebook was an exciting thing, and we were all instantly hooked. It was a common conversation between friends: "Did you hear who just joined Facebook??"

8. Being Able To Cart Our Entire Music Libraries Around In A Tiny Little Rectangle

The early 2000s gave us a tiny device that would change the way we listen to music forever. The iPod wasn't the first MP3 player, but it was undoubtedly the first of its kind — durable, long-lasting, fashionable. I remember getting my first iPod; I was like, "I have the best life in the world."

9. Convincing Ourselves We Could All Be Stars Because Of American Idol

In 2002, we were glued to our TVs watching the reality competition singing show, which is now having its 15th and final season this year. That's an insanely long run for any TV program, and you can't deny that Idol changed the face of television and reality TV. The early 2000s also brought us The Amazing Race, Survivor, Big Brother, and The Real World. What a time to be alive!

10. Feeling Smarter Thanks To Wikipedia

Although Wikipedia receives a good deal of criticism for not being the most, ahem, credible source of information in the world, don't deny it: We all turn to it for answers. And we have since its launch in 2001.

12. Getting Over Our Breakups With Destiny's Child

I'm sorry, but "Survivor" is still one of the best break-up songs ever.

Whatever happened to these? Jessica Simpson's Dessert beauty line was pretty sweet, no pun intended. They smelled amazing and made me feel super girly. I can remember eating my sister's shower gel one time. It was all right.

More like this
Remember These Ancient Pieces Of '90s Tech?
By Lucia Peters and Emma Carey
11 Trends From The ‘90s That Made You Feel So Cool
By Julie Sprankles
8 Creepy Things You Probably Did In The '90s
By Julie Sprankles
David Schwimmer Doesn't Remember This Classic 'Friends' Episode
By Sam Ramsden
Get Even More From Bustle — Sign Up For The Newsletter