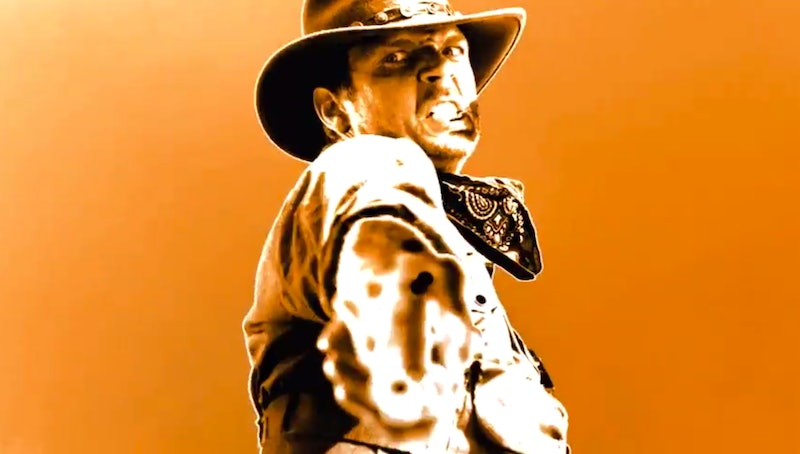 In just three days’ time, a work of cinematic genius will kick open cable television’s saloon doors and change our lives for the better: On April Fool’s Day 2016, Nick Carter’s zombie Western Dead 7 will premiere. You’ve seen the trailer. You’ve heard the song. And now, you can watch the made-for-TV movie’s opening credits. On Tuesday, Rolling Stone shared an exclusive Dead 7 sneak peek, and it is all things gruesome and delightful. The two-minute clip, which you can watch on the RS website, only fuels my “THIS FILM WILL BE PERFECT” fire.

Hey, if over-the-top campy horror isn’t your bag, the Dead 7 cast will never break your heart, it will never make you cry: The post-apocalyptic bloodbath stars Carter, Howie Dorough, A.J. McLean, Jeff Timmons, Joey Fatone, Chris Kirkpatrick, and Erik-Michael Estrada. The Carter-penned motion picture is a late ‘90s/early ‘00s boy band extravaganza, and I couldn't be more on board.