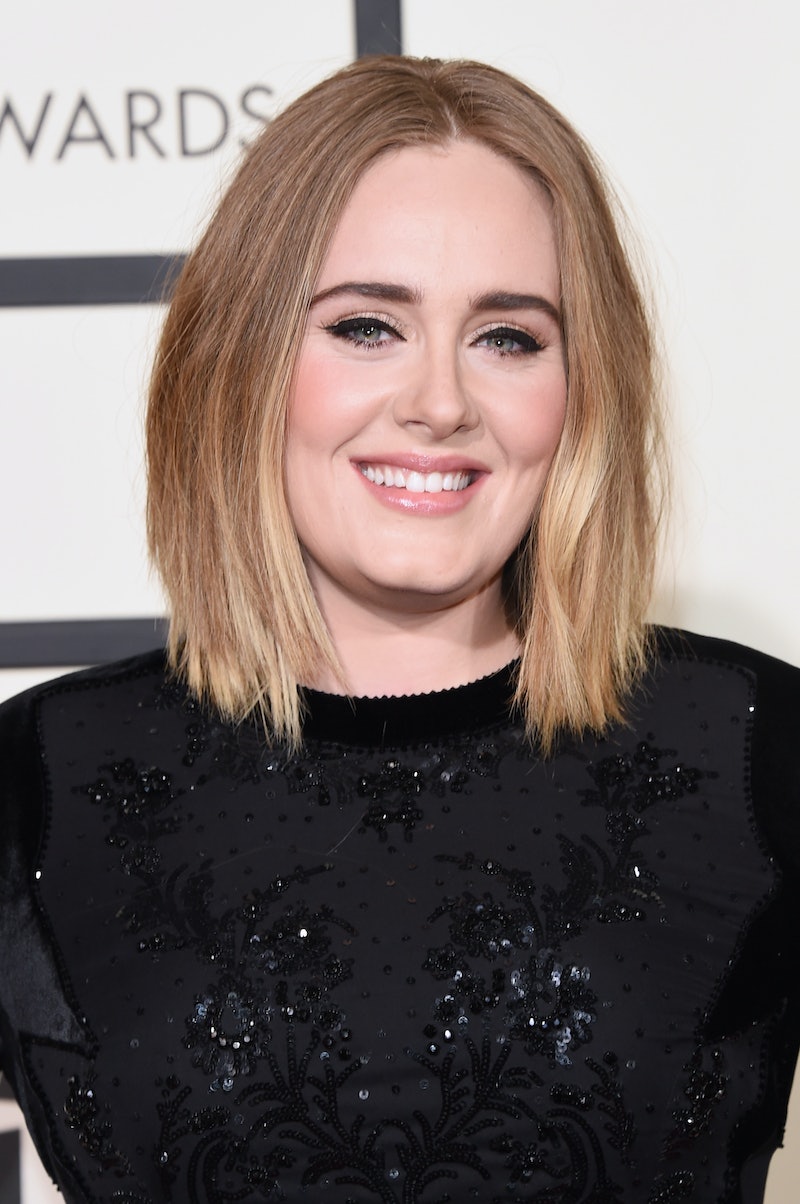 As you probably know by now, Adele sings, "Hello, it's me" in her hit song from 25. Those lyrics have never been more necessary. That's because at her concert in Birmingham on Tuesday night, Adele met her doppelgänger and you may have to do a double-take to tell who's who. She brought her lookalike Emily Bamforth onstage at the show and the pair even snapped a selfie. So, how did Bamforth get so lucky? Well, her boyfriend tweeted before the show about how fans kept coming up to her and mistakenly thinking she was Adele, according to E! Online. Obviously the "Hello" singer needed to see what the fuss was all about. Once again, the 27-year-old puts her fans first.

Although she's known for belting heart-wrenching ballads, there's no denying that Adele has a goofy side too. If anything, it helps balance out the tear-inducing tracks. Earlier this month, she brought two fans up on stage after they got engaged in the audience. She not only gave them a hug, but asked them genuine questions about their relationship.

Another highlight of her sincerity and silliness was when Adele pulled off a major prank on The Ellen DeGeneres Show . In February, she was a total diva in a Jamba Juice and the results were hilarious. Of course, it's clear she doesn't seem like an actual diva — not in the least bit. She seems incredibly down-to-earth. Case-in-point? This selfie of her and Adele 2.0:

And here's the behind-the-scenes action shot.

This is awesome for multiple reasons — the first being that she actually took Bamforth's boyfriend's tweets seriously and needed to meet her secret twin. I feel like most celebrities would be too busy prepping for their show or inundated with messages that they couldn't possibly read or react, but that's not true for Adele; she cared enough to make a moment out of it.

Plus, the fact that she brought her on stage to take a selfie shows she isn't afraid to have fun at her shows and doesn't take herself too seriously. She really does seem to care about interacting with her fans, and I, for one, can't wait until Adele comes to the U.S. for her tour this summer.

In the meantime, I guess fans will just have to wait and see what goofy antics happen at her next show overseas.