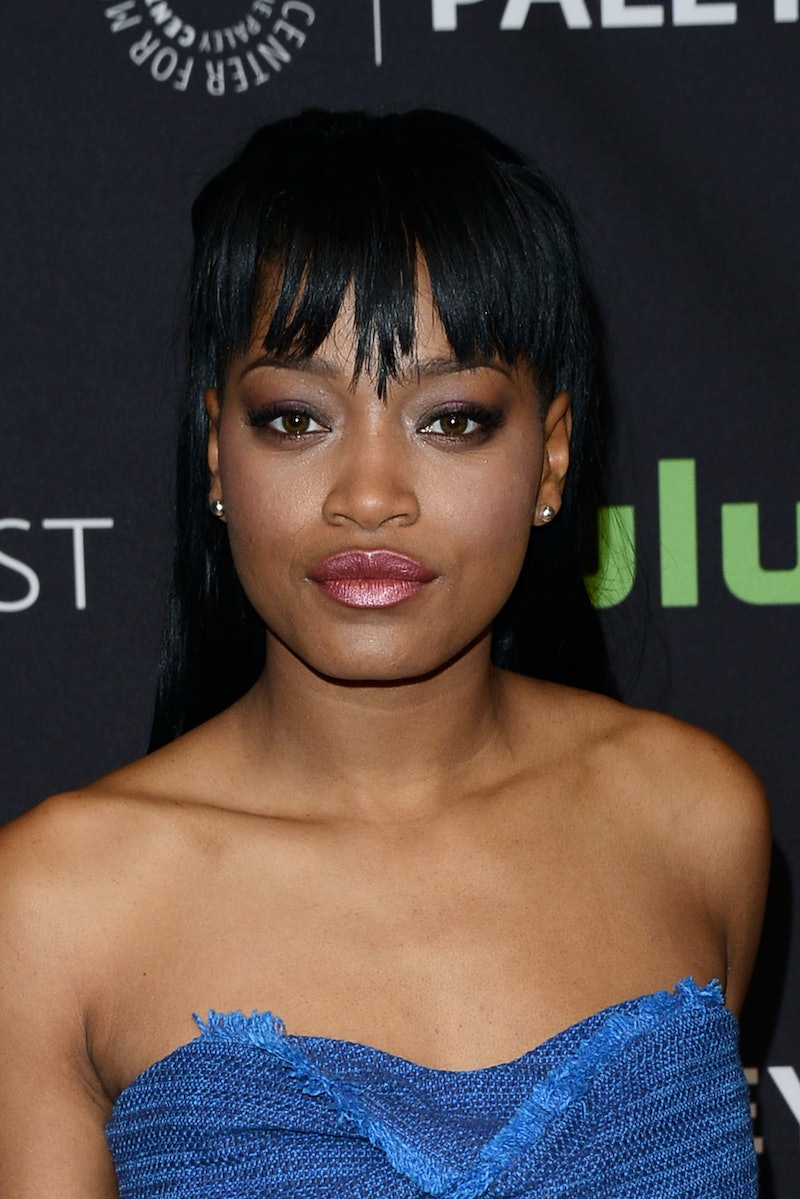 Scream Queens fans, take note. Keke Palmer's memoir, I Don't Belong to You , is coming to bookstores everywhere in October. The 22-year-old starlet says her book will be more than a boring autobiography, however.

This fall will be a big season for Palmer. The Hollywood Reporter notes that her second album is slated to drop around the same time as I Don't Belong to You. On March 4, Palmer released "Enemiez," the first single off of her as yet untitled album. The song caused controversy for its adult content.

If writing your memoirs at 22 seems a bit precocious, you should know that's all in a day's work for Palmer. Before her fantastic performance as Marty in Grease Live! , she was the first African-American actress to play Cinderella on Broadway. That's not a bad record for any young performer, much less one who broke onto the scene as the tween star of Akeelah and the Bee in 2006.

For her part, Palmer doesn't think she's all that different from other young Millennials:

The truth that I’m no more special than you – surprise surprise! I want to be a part of my generation in a way where I am constantly reminding them of how possible it is to live our dreams. It doesn’t mean that you have to be born with a charmed life, it means that it’s what YOU make of it. After they know my “uncut” story, so to speak, I hope that they can see how many similarities we have. Therefore, there’s nothing separating them from accomplishing their goals, just as I didn't let anything stop me from accomplishing mine. It’s about the inner-hero we all have.

Keke Palmer's memoir, I Don't Belong to You, hits store shelves in October.

More like this
Danny Boyle's 'Pistol' Explores The Extreme Highs & Low Of An Iconic '70s Band
By Rachel Mantock
30 Books To Read This AAPI Heritage Month
By K.W. Colyard
9 Must-Read New Books Out This Week
By K.W. Colyard
Spice Girls’ Net Worth: The Richest Member Is Wealthier Than The Rest Combined
By Hugh McIntyre
Get Even More From Bustle — Sign Up For The Newsletter