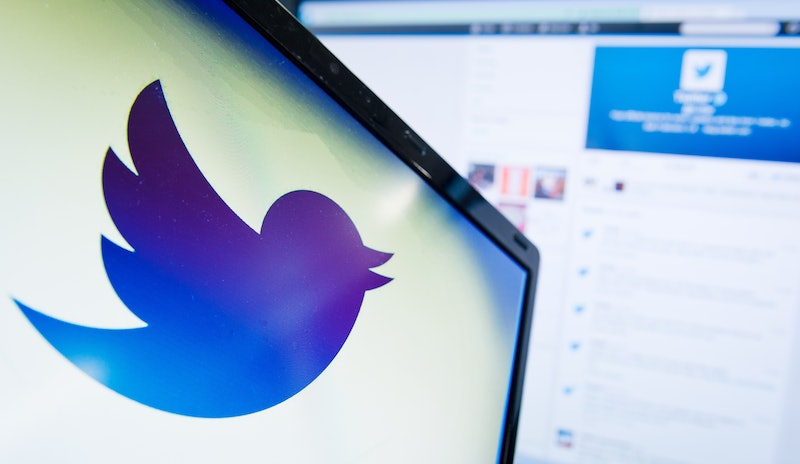 Big news, everyone! As of this week, Twitter has become more accessible for people with visual impairments. Most of the social media world was busy freaking out over the Instagram and Snapchat updates, but this one might actually be a bigger deal — it makes sure that even more people can participate fully in the Twitter experience, and the more inclusive we can be with... well, just about everything, the better.

The update pertains specifically to photos and other images shared on the social media platform: Although the blind and visually impaired can screen readers for text posts on Twitter, there hasn't hitherto been a mechanism for conveying images to people who might have a hard time seeing them. But now, users on iOS and Android can add descriptions of up to 420 characters to their images, which are rendered as alternative text, or alt text, and can be read with assistive technology, just like the regular text on Twitter.

"Photos have been at the center of some of the biggest moments on Twitter," the company writes in a blog post. "As a core part of the Twitter experience, it’s important that images shared on our platform are accessible to everyone, including those who are visually impaired." They add, "With this update, we’re empowering everyone to ensure content shared on Twitter is accessible to the widest possible audience."

Of course, it's not a perfect solution; the new update relies on users to actually provide descriptions for their photos in order to make the images truly accessible, and it's possible that many people won't. For one thing, it seems the option won't be available with the web version of Twitter. And for another, it's possible that many people will either not want to bother with descriptions, or won't notice the option to add them. However, it's also possible that adding a quick description will become common practice with adding pictures on Twitter, though it might take some time for the process to catch on.

Hopefully it does, though, because no one should be deprived of the A-plus GIF usage on Twitter.

It's always good to see companies taking steps to make social media more accessible for everyone. Facebook, for instance, has been working with the American Foundation for the Blind since 2009 in order to make sure its site is full compatible with screen readers — though they also rely on users to provide detailed captions on any photos. But then, if you're Facebook friends with someone who needs descriptive captions, chances are you know it and are willing to provide them.

Overall, as social media becomes more and more a part of modern life, it's important to make sure that sites are accessible to everyone. And so if you're posting an image on Twitter, take an extra minute or two to type up an extra couple of sentences describing what it is.