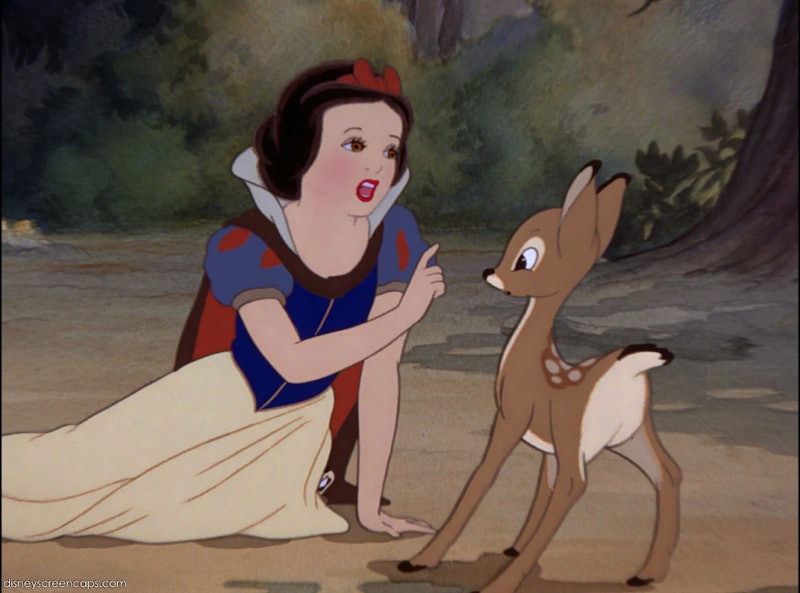 Looks like Disney has another princess story to tell. Per The Hollywood Reporter, the studio plans to make a live-action movie following the tale of Snow White's sister, Rose Red. While certainly no-one will be complaining about adding another Disney heroine into the mix, let's take a step back and ask the question we're all thinking: Who is Rose Red? Before we get into that, a quick review of just how this revisionist story will fit alongside the 1937 animated classic Snow White And The Seven Dwarfs. According to THR, the story is a retelling of and "companion piece" to the original Brothers Grimm fairy-tale.

The script — penned by Justin Merz and Evan DaughertySnow White and The Hunstman — places Rose Red into the classic Snow White tale. You know the one, where Snow White meets some dwarves, takes up residence in their pad, bites a seemingly harmless apple, and ultimately has to be saved by a prince's kiss. Well, apparently, in this version, when Snow White falls under the spell of the iconic apple, it's her sister's duty (along with the dwarves, of course) to bring her black to life. It's an interesting and curious spin on the antiquated "the prince's kiss will save the girl!" trope.

Though that premise seems both intriguing and feminist, Rose Red still remains an enigma. So who is this new Disney heroine? Here's a little backstory on her roots.

She Was Written By The Brothers Grimm

Red Rose Appeared in "Tale 161." It's a somewhat odd story that goes like this: Red Rose and Snow White are the daughters of a poor widow. One day, they meet a talking bear, who becomes their playmate. That is, until the bear has to leave in order to protect his treasure from some sticky-fingered dwarves. The girls have a series of encounters with one dwarf in particular, who proves to be quite cruel to them, until the bear comes in, saves the day, turns into a prince, and then marries Snow White. After that, the bear/prince's brother marries Red Rose, and all is well in the world.

As you can tell by the aforementioned synopsis — despite the sisters' encounter with a dwarf — this has nothing to do with the familiar "Snow White" story we know.

According to the tale, Red Rose prefers to be outside, speak her mind, and ultimately is more adventurous than her quieter counterpart, Snow White.

She Has Red Hair

Apparently, back in the day, it was hard to come up with names that didn't correlate with your coloring.

So, if Disney stays true to Red Rose's roots, we can all count on a red-haired, outspoken heroine to come in and save the day. And Disney knows how to handle those, right?