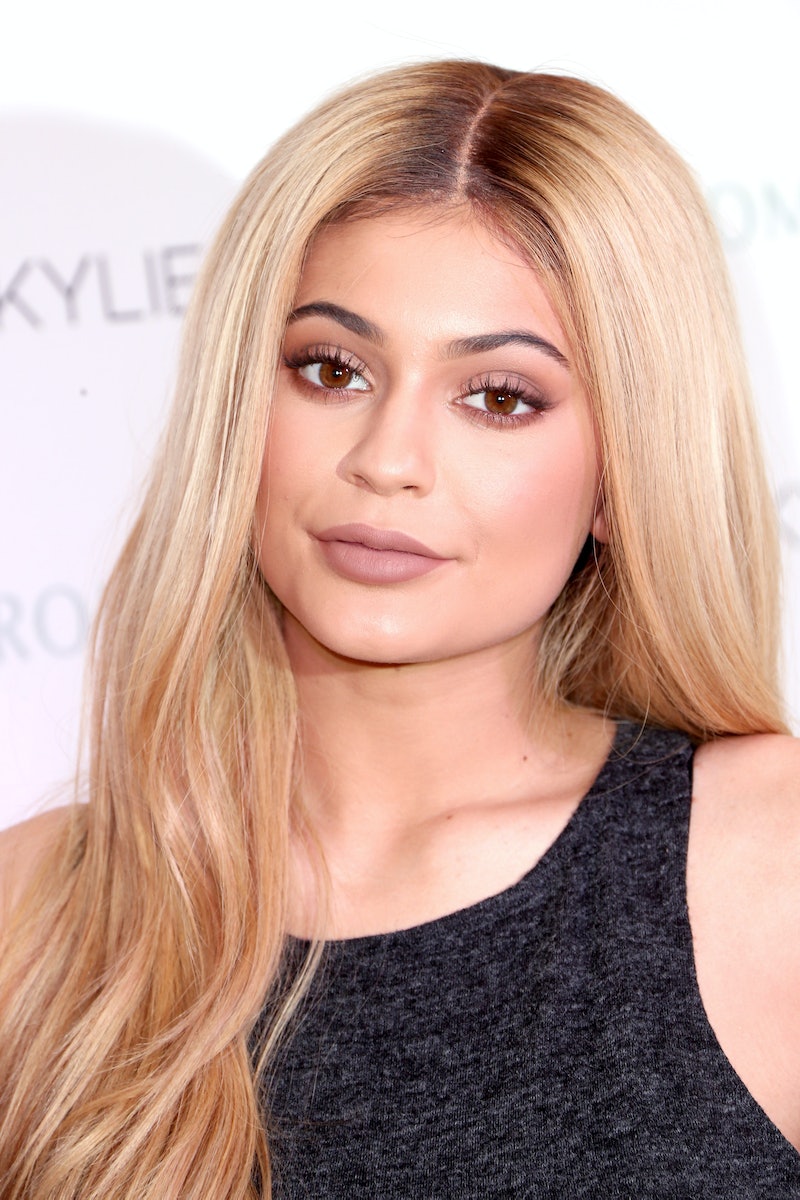 The time has come for Kylie Jenner to move beyond her signature Lip Kits and branch out. On Wednesday night, Jenner posted a cryptic Instagram that was speculated to be related to the release of a rumored music video and gloss line. Surprise! It was! But what's the difference between the Lip Kits and glosses? Well, some of the answers are pretty damn obvious, but others maybe not so much. Plus, with Jenner, you never really know what you're going to get anyway. With all the options for glosses — like plumping formulations and shade ranges — there are quite a few ways the glosses could differ from the Lip Kits, and while all the answers aren't known yet, there are a couple inferences to be made.

It's been speculated for some time that Jenner would be releasing a new product ever since moving from Kylie Lip Kits to Kylie Cosmetics. With the expansion of her brand, it was clear that products outside of the Lip Kits were definitely coming, and now they've officially hit the Internet. Well, kind of. The new lip glosses by Kylie Jenner aren't officially going on sale until April 1 (fingers crossed this isn't some elaborate April Fools' joke).

As for what the glosses may do, there's no word on whether they feature a plumping agent, an element that the matte Lip Kits lack. However, with Jenner being so well known for her signature pout, it wouldn't be surprising.

The other difference could be in the price. While the Lip Kits retail for $29, the glosses don't seem to come with lip liners. This could bring the price down. Theories have prices set around $20.

While the formulation for the glosses separate them from the Lip Kit, there are definitely many ways in which the products may be different. It just looks like we'll need to wait until April 1 to find out just how different they are.