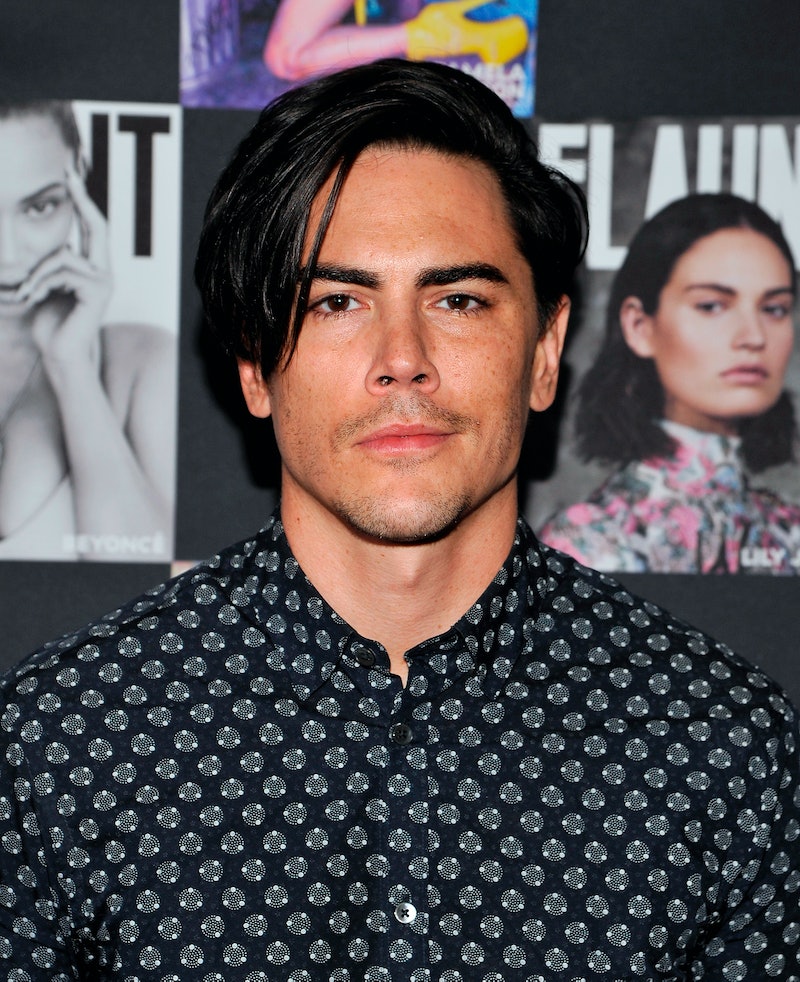 Vanderpump Rules just ain’t the same these days — in Season 1, the gang was all together. Stassi, Jax, Sandoval, Schwartz, Katie, and Kristen were pals, everyone was besties, and nothing hurt. And then the infighting and the sleeping with each other’s significant others started and it all got blown to bits. Now in Season 4, things are all over the place. And after the reunion, there are some clear alliances and warring tribes. Still, you can't help but wonder how it all shook out off-camera. Like, though they were never biffles to begin with, are Tom Sandoval and Stassi Schroeder still friends after Vanderpump Rules ?

In the beginning of Vanderpump Rules, Tom and Stassi spent enough time together — she was dating his best friend and former roommate, Jax. Then things started to get weird. Stassi’s reign of terror got stronger and stronger (seriously, she ruled her friends and SUR with an iron fist), Stassi and Jax broke up, and Tom obviously took the side of his best buddy Jax. To also add to things, Tom broke up with Kristen Doute, who was Stassi’s friend (before she slept with Jax), and boy, was it an ugly breakup. Kristen verged on Fatal Attraction territory for a while there. Eventually, Stassi found a new man and moved to New York City, leaving the Vanderpump world behind.

Got all that? During Stassi’s time away, I’m sure Tom didn’t even think of her. He moved on with Ariana, and everything was fine… until Stassi came back for her Season 4 apology tour. You see, Stassi immediately latched onto Kristen, who, as I mentioned, had made Tom and Ariana’s life a living hell for a few years. In Tom’s mind now, Stassi and Kristen are one in the same, so they are definitely not chilling at events that are not contractually obligated by Vanderpump Rules.

So what have Stassi and Tom been up to in their respective lives? Let’s take a look.

Stassi Is Hanging With Kristen

Even though Stassi and Kristen went through some really bad times, friends are friends. They’ve resolved their issues, and Kristen and Stassi are still crashing parties and tearing it up in Los Angeles together.

Tom Is Drinking With Betsey Johnson

I don’t really understand this picture, but I think the world really needed to see it more often. Apparently, there’s a sunscreen flash and Betsey Johnson and that’s all we need to know.

Stassi Is Inspiring Fear In The Hearts Of Men

This is total old-school Stassi, and you know what? I’m down with this. Sometimes, a girl just needs to pillage and burn down a whole city to get some respect, you know?

Tom Is Starring In Music Videos

He can sing, he can model, he can act — what else can Tom do? Apparently be in the new Kill the Noise video. I haven’t seen the video myself, but I can definitely say it’s not better than Charles McMansion’s (that’s Tom’s band) video for “T.I.P”.

While Stassi and Tom are definitely not up late night chatting or texting each other for outfit ideas (you know Tom totally would), their respective lives seem pretty good. These Vanderpump stars are perfectly fine without each other.