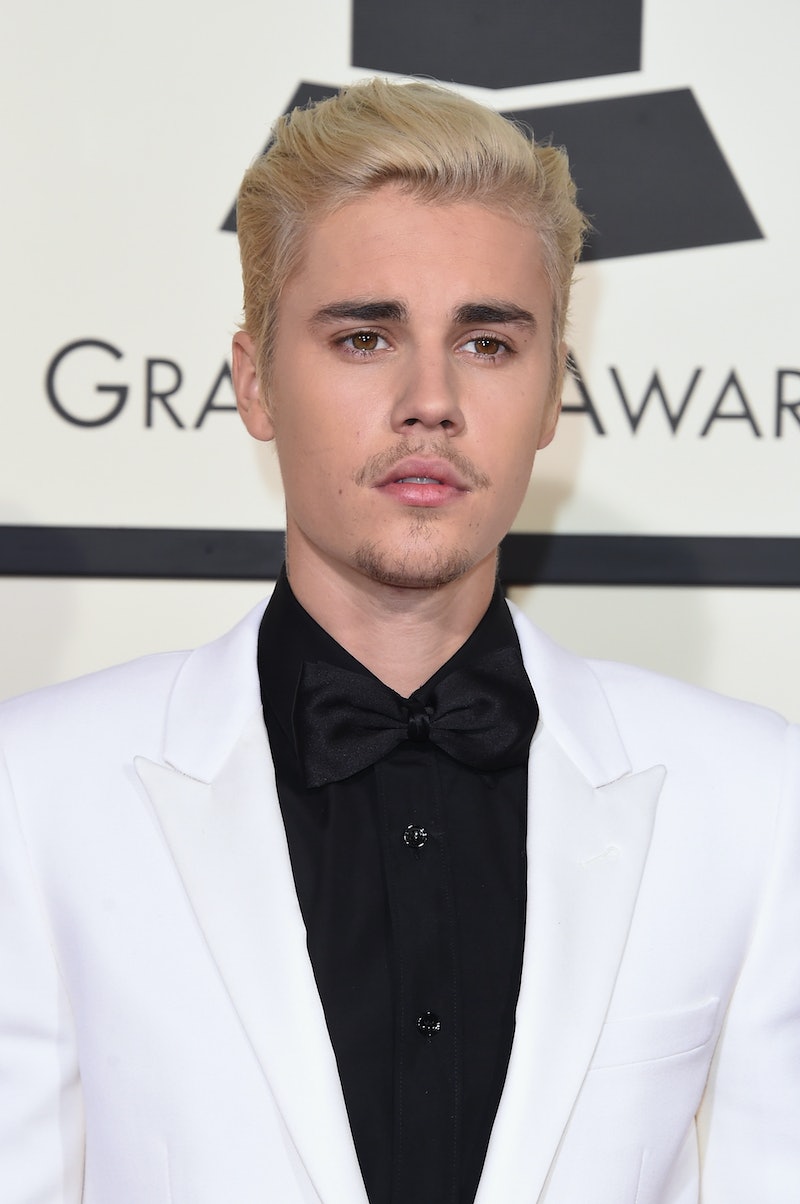 Despite all the education out there surrounding cultural appropriation — thanks in part to outspoken celebrities like Amandla Stenberg and Zendaya — some white folks unfortunately continue to make problematic stylistic choices, Justin Bieber included. More and more white people with dreadlocks seem to be appearing in fashion daily, whether on the red carpet, on the stage, or otherwise. Kylie Jenner has been critiqued for appropriating Black culture, while Miley Cyrus' fake dreadlocks were called out after the 2015 VMAs. Although this conversation can become exhausting, particularly for the people of color who are being disrespected as a result, it remains relevant. In Bieber's latest Instagram selfie, he's showing off some new dreadlocks.

Bieber undoubtedly has a questionable track record when it comes to these issues, proving himself frustratingly unaware of the racist repercussions of cultural appropriation. Back when Amandla Stenberg called out Kylie Jenner for her cornrow selfie, Biebs stepped in to defend Jenner in the comments of her Instagram photo. As Us Weekly reported, he wrote, "... Saying she's being racist because she wants her hair in braids is ridiculous. Let's focus on the bigger picture and instead of fighting over something stupid let's do something about equality, but it doesn't start here blasting a 17-year-old kid for wearing braids smh."

He also rocked cornrows for a brief period of time in Jan. 2015, recorded via a photo on Instagram. Now, it seems he's moved onto dreads.

Arguments have exploded in the comments section of his latest images, many of which include white fans deciding whether or not his new 'do is culturally appropriative. Some even suggested that dreads aren't a cultural symbol at all, not belonging to or originating from any particular group of people.

Instagram user sydneyxnicolee was amongst those trying to explain the implications of cultural appropriation. "Obviously I can't tell anybody what they can and can't do with their hair," she wrote. "But white people get praised every single day for wearing things from different cultures, but when a person from that culture [wears] it, they get talked shit about. You may not see it, but it happens every day."

When it comes to the appropriation of Black culture, it's imperative to listen to actual POC. In Stenberg's video "Don't Cash Crop My Cornrows," she defined appropriation as occurring "when a style leads to racist generalizations or stereotypes where it originated, but is deemed as high-fashion, cool, or funny when the privileged take it for themselves.”

Since dreadlocks are still often criticized when worn by people who belong to the culture they come from, as happened to Zendaya at the 2015 Oscars, but deemed cool and edgy when worn by white celebs like Jenner and Bieber, Stenberg's statement feels irrefutable.

The bottom line is that it is not up to anyone outside of a marginalized group of people to define the issues that further contribute to marginalization. What white people can do, however, is ask themselves the same question Stenberg put forth in her video: "What would America be like if we loved Black people as much as we love Black culture?"