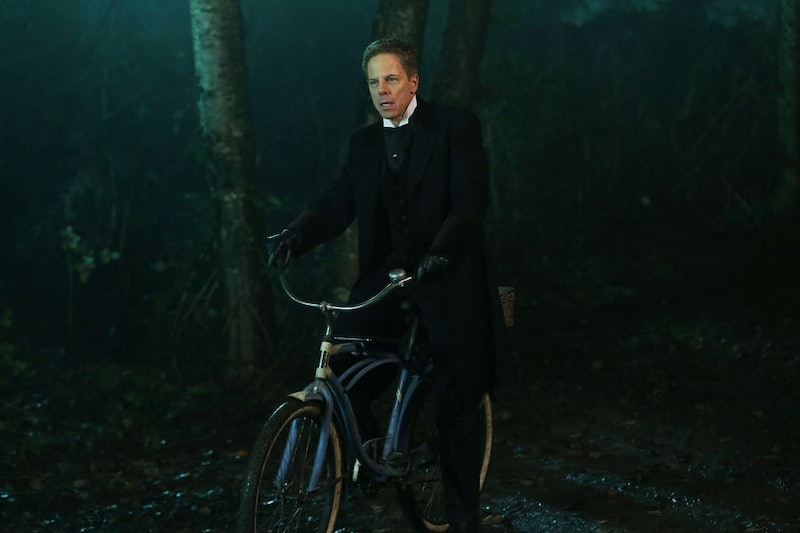 Is it possible for the King of the Underworld to fall for the Wicked Witch of the West? You'd think it would be a match made in... well, not heaven, but you catch my drift. Anyway, Sunday night's episode of Once Upon a Time revealed Zelena and Hades' backstory together and the romantic undertones could not have been more prominently displayed. But when you're dealing with villainous characters like these two, you have to wonder how much of it is just for show. The romantic in me wants to believe that Zelena can trust Hades when he says that he genuinely loves her. (It would definitely explain why the Underworld looks so much like Storybrooke.) However, the realist side of me feels like it's just too good to be true.

As viewers saw during the various flashback scenes, the original reason Hades came to visit Zelena was to help her collect the ingredient for a time-traveling spell that would allow her to go back and get the life for herself that Regina had stolen. But Hades was just being a helpful BFF just for the fun of it. You see, he too wanted to go back in time and swap lives with his sibling, Zeus, who gets to rule Mount Olympus while he's trapped in the Underworld. So what if he's just using Zelena as a pawn to make this plan come to fruition?

He told Zelena that true love's kiss could restart his heart and free him of his curse. Is that the only reason he wants to lock lips or are his feelings for her actually legit? He seems pretty convincing, but again, this is the ruler of the Underworld we're talking about here. Truth and honesty aren't exactly the codes that he's been living by down there. The writers wouldn't tells us about this time-traveling spell unless something would eventually come of it. And since next week's promo indicates that he's still very much interested in taking Belle's baby (a key ingredient to the spell, oddly enough), I'd say his intentions aren't all that honorable.

All I can say is that Zelena better tread lightly around this guy because when you play with fire (or love a guy whose hair turns into actual fire), you're bound to eventually get burned.