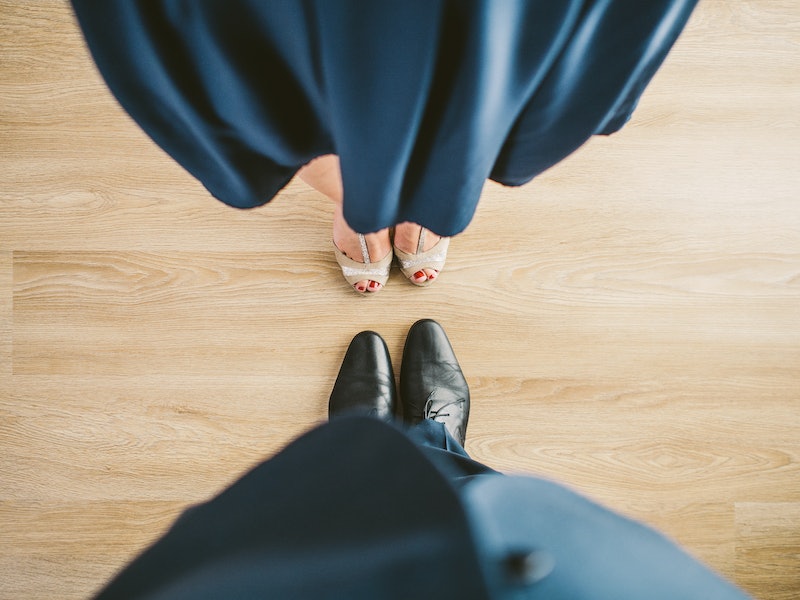 A common piece of advice for women looking to succeed in male-dominated workplaces is to "stay in school." But if more educated and qualified women were the only thing necessary to promote gender equality, we wouldn't find that women with MBAs still make less money than men. But that's exactly what a new study of over 14,000 business school alumni discovered: Even women with MBAs make $400,000 less than men on average during their first 20 years after business school.

Since that's just the average, though, you might think there's an exception for women who have achieved the most career success. But actually, the pay gap is the worst at the executive level, where women make 80 percent that which men make. That's even worse than the current overall gender pay gap, which is 83 percent, according to Bureau of Labor statistics on gender and racial pay inequality gathered in 2014.

Things look pretty bleak at every level, though, with women making 81 percent of what men earn at the senior level, 83 percent at the mid level, 85 percent at entry level, and 82 percent before they finish their degrees. Based on these numbers, it looks like after they graduate from business school, women can expect to see the gap between their salaries and men's increase more and more as they climb the corporate ladder.

This isn't the first time studies have shown that telling women to "lean in" and advance in their careers isn't going to erase the sexism they face externally. A report by the American Association of University Women found that the wage gap is higher among those who have gone to college. In fact, if staying in school for as long as possible were a solution, the problem would have been put to rest already, since women now have more college and graduate school degrees than men, according to a White House Council of Economic Advisers report. And getting more women into leadership roles is as futile in closing the wage gap as educating more women: According to the Institute for Women’s Policy Research, even women CEOs make 80 percent of what men do.

Getting more women into higher-paying fields doesn't seem like a viable solution either. One study in Social Forces actually found that as women enter male-dominated fields, the pay drops. It seems that when we begin to (arbitrarily) view something as "feminine," we assign less value to it.

This is another scenario where we need to stop burdening women with the responsibility for rectifying gender inequality and realize that unless we address larger problems like how companies pay their employees, how household labor is divided, and what work we consider masculine and feminine, no number of accomplishments by women are going to change the system.