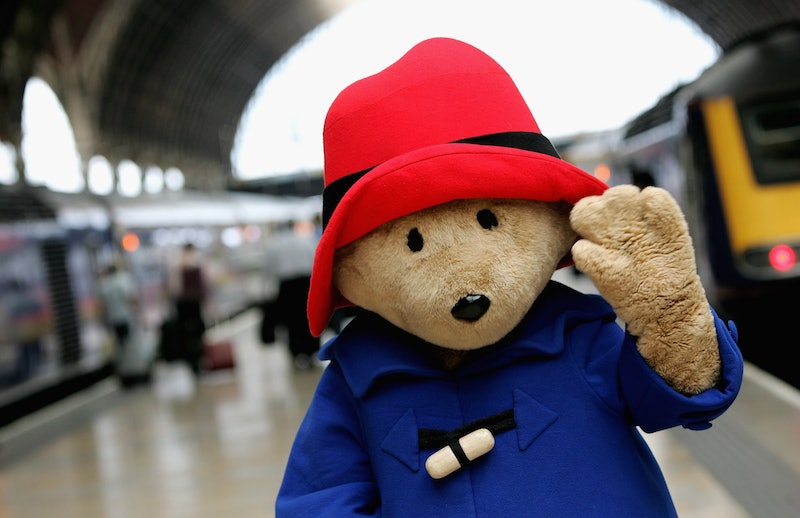 Fans of Michael Bond's children's book series about a marmalade-loving bear got some sad news on Monday, as we learned that the original illustrator of Paddington , Peggy Fortnum, passed away at the age of 96. Fortnum was also the illustrator behind Thursday's Child, The Reluctant Dragon, and the Little Pete series. She retired in the 1980s, due to arthritis.

Paddington fans did not forget the beloved illustrator in her retirement. The Guardian reports that "she continued to receive enthusiastic fan mail, all of which she did her best to answer. When she did so, she always added a drawing of the bear from Peru, clutching his hat as he rushes away, or hiding behind it." Funnily enough, Fortnum's success flew in the face of her mentor's advice, as wood-engraver John Farleigh "assured her that she would find work as an illustrator so long as she never tackled talking animals."

Fortnum's illustrations — along with the contributions of other illustrators over the decades — form the largest part of Paddington Bear's success as a character. For nearly 60 years, children have faithfully read the adventures of the little Peruvian bear in his rain slicker. In 2015, Bond's character came to life on the big screen in Studio Canal's Paddington .

Even our favorite stars are Paddington lovers. A 2014 charity event had ten celebs — including Emma Watson and Benedict Cumberbatch — design their own Paddington statues. And, of course, Taylor Swift is a fan.

Thank you for all you did, Ms. Fortnum. Here's to you.