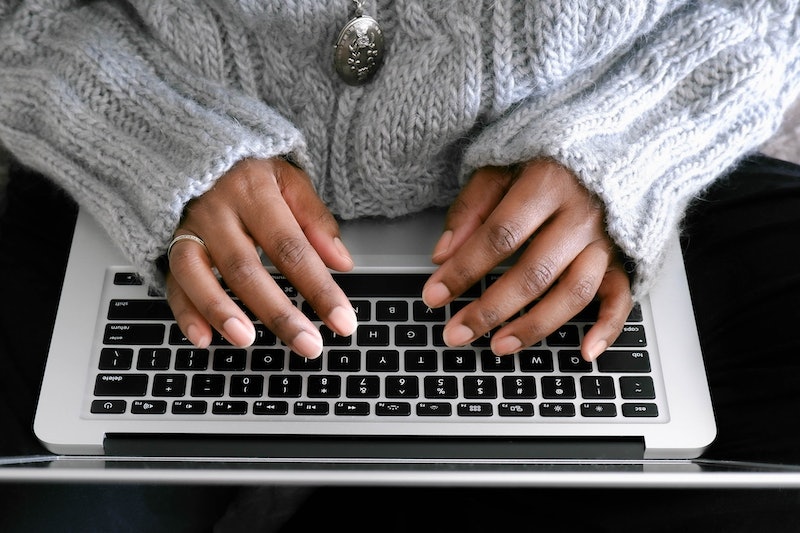 When your boss asks you to stay late, you're working a double, or you've found yourself stuck behind a desk with no sleep, it can feel like surviving a super long work day will be a near impossibility. I mean, regular eight hours days are hard enough. Add in the stress of a midnight shift, or a late work meeting, and you've really got yourself in a situation.

But don't worry, because it is possible to get through a long day without keeling over. All it takes is a little planning ahead to make the day feel less stressful, less boring, and less tiring — all things that make long shifts more difficult than your average days.

Before we get to that, however, I'd like to say — stop working long shifts. I know that's not an option for everyone, and many people enjoy shift work, but a recent study showed that people who work long hours have higher rates of depression. According to Matt McMillen on CNN.com, "The study, which followed 2,123 British civil servants for six years, found that workers who put in an average of at least 11 hours per day at the office had roughly two and a half times higher odds of developing depression than their colleagues who clocked out after seven or eight hours."

Of course there are many things, such as lack of job satisfaction, that factored into this. It's simply something to consider if you've been feeling exhausted after extra long days. So until the fateful day when four hour workdays become a thing, here are some tips for getting through an extra long day, and living to tell the tale.

1. Complete That One Annoying Task

A day can feel way longer than necessary if you have a harrowing task looming over your head. So do yourself a favor, and get these types of things out of the way ASAP. As Tim Berry noted on the Huffington Post, "Your business life is full of small annoying tasks you put off. Most of us rationalize that we have other more important, or more urgent, things to do, and we let this go. It’s that list you promised, the research you wanted to do, maybe it’s a call or a letter or email task you’ve been avoiding." Do these things early on, and the rest of the day will feel like smooth sailing, no matter how long it may be.

2. Zone Out With Some Busy Work

OK, so the most difficult task is done. Now you have many, many long hours stretched out before you. If possible, spend a least a portion of these relaxing with some mindless busy work. "You know the things you’ve been meaning to do but have been putting off forever? Replying to emails, organizing your inbox — that kind of stuff? Do it now," said Melissa Dahl on New York Magazine.

A super long day is the perfect time to get these time-consuming (yet very simple) tasks out of the way for good. Plus, they help break up the day by keeping you sufficiently distracted for an hour or two. Before you know it, you'll have a clean inbox, and it'll be time to head home.

This one might seem impossible, but I assure you there are ways to nap at work. Sneaky, sneaky ways. All it takes is 20 minutes behind your closed office door, or a quick trip out to your car, according to Dahl. Simply tell coworkers that you have an important phone call, or need to run an errand, and then snatch that nap. Those 20 minutes can perk you up, break up the day, and make a long work shift seem a bit more manageable.

Of course any work day is better with snacks, but never are they more necessary than on extra long, extra stressful days. That's why you should have some emergency snacks in your desk, or in your pocket, at all times.

This trick works especially well to keep shift workers going throughout the night. According to Lynda Lampert, RN, on MightyNurse.com, "Eating is going to go a long way toward keeping your energy up over sixteen hours ... Carry pretzels in your pocket, make some microwave popcorn, or carry a baggie of cheese. The point is that you need to eat and eat often to keep your energy levels high and get your body physically through the shift." This makes sense on a nutrition level, but I'm also totally down for that pocket cheese.

When the day is stretching out endlessly before you, it's normal to feel pangs of dread as you keep checking the clock. Will it ever end? Will you ever see the light of day again?

Yes, you will. But until then, make sure you step away from your work for a much-needed coffee break. Changing up your environment for a few minutes can be refreshing, as can a cup or two of a caffeinated beverage. Just be sure to drink it early, and sparingly, for maximum benefit.

As Adam Dachis noted on Lifehacker.com, "Caffeine is only really a useful tool if you use it sparingly and intelligently. If you're not a regular consumer, starting your day off with a reasonable amount of the stuff (around 65-100mg) can help prevent you from feeling more and more tired as the day goes on." Sadly, this caffeine boost won't work so well on regular coffee drinkers, but it's still important to treat yourself to a quick break.

6. Plan A Meal To Look Forward To

Just like those coffee breaks give you something to look forward to, so will a delicious lunch at your favorite restaurant. Tell yourself that if you get through X amount of hours, you'll go treat yourself to that burger you've been craving. Or, if leaving the office isn't a possibility, throw in with some coworkers to have food delivered. A special lunch or dinner will liven everyone up, and will certainly beat that Cup-O-Noodles you were planning on eating alone at your desk.

7. Get Up And Stretch

Whatever you do, don't spend a crazy long shift stuck in your seat. Not only will it make the day feel more awful physically, but it's simply not a good idea to spend too much time sitting.

So get up, move around, and do some stretches. As Lily Herman said on TheMuse.com, "When you’ve been sitting for four, five, or even six hours at a time, it feels good to get up and move around. You don’t have to break out into hardcore vinyasa flow in your cubicle, but taking five or 10 minutes to stand up and go through a series of stretches will not only get you out of your seat, but it will also get your blood pumping." Here are some handy cubicle stretches to try.

If you keep moving, keep yourself fueled up, and schedule in regular breaks, you can survive a long day at work. I promise.