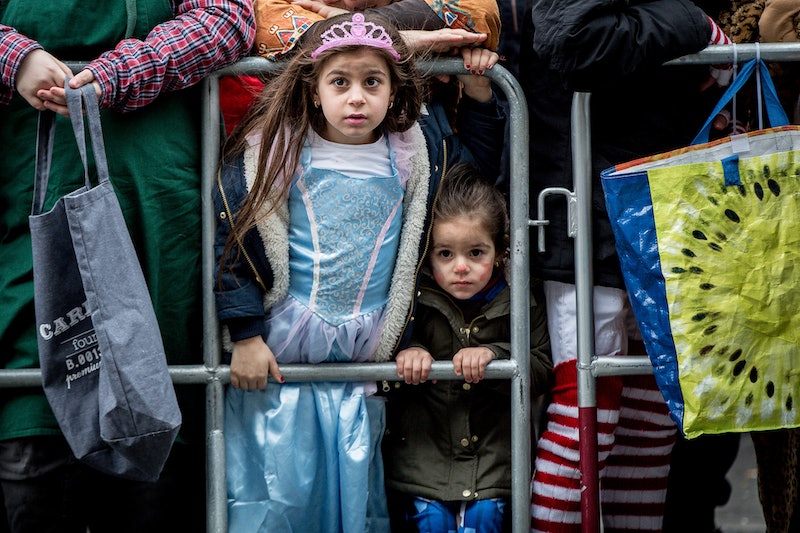 When we talk about gender roles, one thing everyone seems to wonder is to what extent they're biological and to what extend they're culturally influenced. One way to answer this question is to look at how gender roles throughout history and in other cultures compare to our own. After all, if something is completely biological, we'd expect it to exist since the birth of humanity and be the same everywhere — but many gender norms are not.

The valorization of current, Western gender roles as "natural" is one example of how sexism and racism can intersect. In the process of promoting social norms that typically denigrate women, this belief system also discounts other cultures that do things differently. The truth is, some of the norms that seem innate and automatic to us might seem unnatural and absurd to people from other cultures. In reality, nobody's conventions are natural or unnatural. The only thing negative about any culture's gender roles is the fact that they're imposed on people, often based on a hierarchy that relegates women and non-binary people to the bottom.

Here are a few gender roles from other places and times that you might be surprised by — because they show that the modern, American way of doing things isn't the only way.

1. Pink And Blue Once Had The Reverse Gender Connotations

There have been a number of scientific speculations about why girls like pink. A 2007 paper in Current Biology theorized that women's preference for pinker hues relates to the tendency for our female ancestors to pick berries while the men hunted. However, pink has not always been considered a feminine color. In fact, in the early 20th century, pink was considered more of a boys' color. A 1918 issue of the trade publication Earnshaw’s Infants’ Department reads:

The generally accepted rule is pink for the boys, and blue for the girls. The reason is that pink, being a more decided and stronger color, is more suitable for the boy, while blue, which is more delicate and dainty, is prettier for the girl.

This passage highlights not only how we project gender onto inherently gender neutral things like colors, but also how we project gendered qualities, like "delicate and dainty," onto them. We might think pink was ascribed to girls because it's a pretty, soft color, but in fact, it's more likely the other way around: We see it that way because it's associated with girls.

For the most part, though, pink was gender neutral for the majority of American history and instead has symbolized health, class, and age during various time periods, according to an investigation in The Atlantic.

If you think the lack of gender diversity in tech is a result of innate discrepancies in abilities, think again: Coding was once considered women's work. The person who laid down the vision for the first computers was Ada Lovelace, a countess born in 1815. In the 1940s, when the first computers were built, it was primarily women mathematicians who wrote the programs. (This job was considered below men, who built the hardware.) And during the '60s and '70s, the number of women studying computer science was increasing at a faster rate than the number of men.

Historian Brenda D. Frink explains on Stanford's website that when computer science was an emerging field, women were encouraged to get into it because it was viewed as menial labor and therefore deemed feminine. Computer scientist Dr. Grace Hopper told Cosmopolitan in 1967 that the profession was “just like planning a dinner. You have to plan ahead and schedule everything so that it’s ready when you need it. ... Women are ‘naturals’ at computer programming.” But now that the field is male-dominated, it's considered prestigious and highly intellectual.

3. In Russia, Doctors Are "Feminine"

According to a 1983 issue of The Kingman Daily Miner, at the time, 70 to 75 percent of doctors in Russia were women. "Medical practice is stereotyped as a caring vocation ‘naturally suited‘ to women, [which puts it at] a second-class level in the Soviet psyche," nurse practitioner Carol Schmidt, who toured Moscow's medical facilities, told the paper. “Their status and pay are more like our blue-collar workers, even though they require about the same amount of training as the American doctor."

While more recent statistics aren't available online, comments from the Royal College of Physicians's president in 2004 about the tendency for medicine to be less valued in Russia because it's female-dominated suggest this pattern has persisted. Indeed, medicine is one of the lowest-paying professions in Russia.

In the United States, where only a third of doctors are women, the concept of doctors as masculine is so engrained in us that in one experiment at Boston University, people weren't able to solve a riddle because the solution requires considering that the doctor in the story is a woman. In the riddle, a boy survives a car crash, in which his father dies, and then encounters a doctor in the ER who calls him their son. Americans tend to guess the boy has two gay dads or the doctor is a ghost because they don't consider that the doctor could be his mother.

4. Women In Israel Are Required To Serve In The Army

Both men and women are required to serve in Israel's military, which is considered one of the world's most powerful militaries. According to the Jewish Women's Archive, a third of drafted members and around 20 percent of the standing professional army in Israel consists of women. (It's less than half because women's required military service is for a shorter time period and there are certain exemptions from drafts).

The idea of including women in combat is not new or limited to Israel. Prominent women warriors existed in native Hawaii, in ancient Egypt, and, of course, among the Amazons of ancient Greece. And they exist in the United States and all over the world today despite prejudices against them.

5. Women Were Considered The More Sexual Gender In Medieval Europe

Based on modern day sitcoms and jokes, you would think sex was something women just passively went along with in order to please other people. But in Medieval Europe, women's sex drives were considered very strong and often a threat. Saint Isidore of Seville called women "more libidinous than men," and Saint Jerome wrote, "women's love in general is accused of ever being insatiable; put it out, it bursts into flame; give it plenty, it is again in need; it enervates a man's mind, and engrosses all thought except for the passion which it feeds."

According to a paper in Signs, the myth that women are less sexual arose during the 19th century, as the Protestant church tightened its control over women's sexuality and women presented themselves as more pure than men in order to bolster their status.

There are many more gender roles from other cultures and time periods that are different from the ones you may know, but these alone should give you reason to question any social norms that seem like a given or human nature.