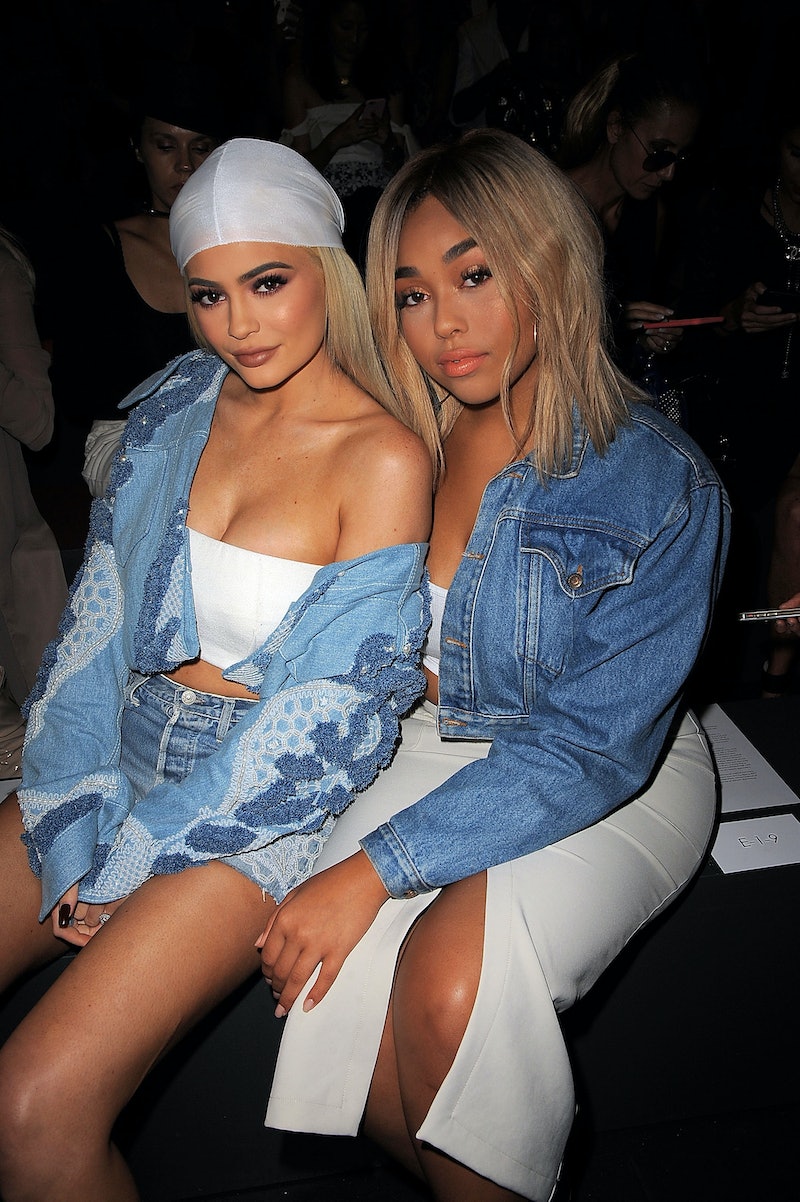 It's been a tumultuous ride since Jordyn Woods and Kylie Jenner met nearly a decade ago. Though the two had been inseparable for basically as long as Jenner has been famous, a kiss shared by Woods and Tristan Thompson — then the boyfriend of Jenner's half-sister Khloé Kardashian — in 2019 led to a messy public fallout. Now, it's unclear where exactly the two stand.

As the former pals explained in a 2018 video on Jenner's YouTube channel, they were introduced in 2012, when they were in eighth grade, through a mutual celebrity friend: Jaden Smith. Woods has known the Smith family since she was a child, while Jenner met Jaden in middle school. One day, Jaden invited Woods over while Jenner was at his house, and the two immediately hit it off. They spent the next seven years traveling the world together, incessantly posing in Instagram photos, and even starring on Jenner's short-lived Keeping Up with the Kardashians spinoff, The Life of Kylie. At one point, Woods was also living with Jenner, and she was one of the first people Jenner told when she got pregnant with her daughter Stormi.

After the Tristan ordeal, however, Woods moved out of Jenner's home, and the two have since taken some time apart. "I'm in a very weird position because I care so much about my family. I also care about Jordyn," Jenner said on KUWTK after news of the scandal surfaced. "All my concerns are for Khloé. I'm obviously not supportive of [what happened]. I don't know how we're going to mend our relationship."

Cut to today, and it sounds like the two may not ever get back to the place they once were. Though Jenner later opened up about missing Woods on KUWTK, she said that she felt that the break "needed to happen for a reason."

"She was my security blanket. She lived with me. We did everything together, I just felt like, 'Oh, I have Jordyn. I don't need anything else," Jenner told Khloé. "And I feel like there's a part of me that needed to grow without her. Sometimes people are there for certain reasons at certain times in your life and then not there for others."

This article was originally published on April 12, 2016