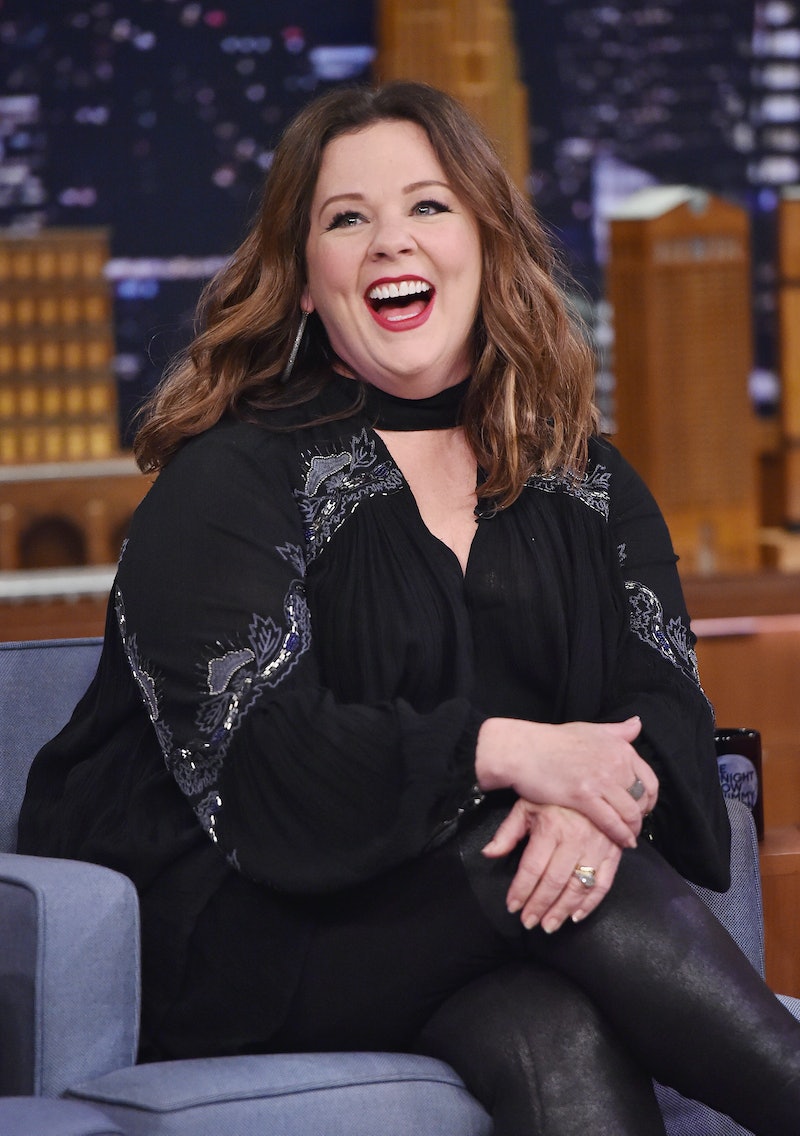 There's absolutely no doubt that Melissa McCarthy is a massively successful star. At Sunday night's MTV Movie Awards, she crowd surfed to the stage to accept her Comedic Genius Award, the first bestowed upon a woman, just as her new comedy The Boss was edging out Batman v Superman: Dawn of Justice to win the weekend box office. With The Boss ' great debut, McCarthy can now boast three number one openers on her resume, including 2014's Tammy and 2015's Spy. There's no question: right now, she's the queen of Hollywood comedy.

Yet just because she's a winner with audiences doesn't mean she's been successful in all professional aspects. Despite earning a ton of money, some of McCarthy's films have suffered critically, and The Boss is no exception; it currently has an 18 percent score on Rotten Tomatoes. However, this shouldn't matter — because thankfully, for many of her films, McCarthy seems to have a certified hit-making partner on her side. And no, I'm not talking about her husband Ben Falcone, who directed The Boss. I'm talking about director Paul Feig.

Although McCarthy's panned movies have primarily been directed by Falcone, her critical hits have mostly come from her work with Feig, leaving me to conclude she should stick with him for the long haul. The actor became a certified breakout when she co-starred in Feig's 2011's hit Bridesmaids, which earned her an Oscar nomination for Best Supporting Actress. 2013's The Heat, a Feig-directed buddy cop comedy with Sandra Bullock, seemed marketed for Bullock's comedic chops, yet it's remembered for allowing McCarthy to shine. And in 2015, Feig's James Bond spoof Spy was a major success; at 9 percent fresh on Rotten Tomatoes, it's McCarthy's best reviewed film to date. With Feig's Ghostbusters coming up this summer, the duo most likely have another hit on their combined resumes.

But the same success sadly doesn't hit when McCarthy teams up with Falcone. 2014's Tammy, which was co-written by the duo and directed by Falcone, was panned by critics and has a 23% Rotten Tomatoes rating, only a bit more than The Boss. It's hard to ignore the fact that McCarthy's two worst-reviewed films were both co-written by and directed by Falcone. Could he be the reason that not all of her movies have been critical successes?

It's not that simple. The blame can't be placed on Falcone alone; McCarthy might just be her own worst enemy. As producer and screenwriter on Tammy and The Boss, she shares some of the blame for their failure to connect with critics (although it's worth noting that she also shares much of the credit for their box office success). The star has a choice of who she works with, and she's choosing to collaborate repeatedly with Falcone. Just this weekend, the duo signed a deal for another collaboration, Life of the Party , so it appears she has no intention of ending their partnership.

With that in mind, perhaps McCarthy should put more faith in her career with Feig. The two mesh together in such a way that not only makes for great comedy, but subverts the genre. Wrote Forbes ' Monika Bartyzel in 2015, "Their approach is the height of simplicity: place unglamorous female characters in the storylines and genres generally dominated by men... Feig and McCarthy’s collaborations hit Hollywood like the arrows from a skilled archer, targeting some of the many false assumptions about what it takes to be successful in the business." Or, as Flavorwire simply put it in its Boss review: "One can’t help coming away from [The Heat and Spy] and the Falcone-helmed duo with the undeniable impression that Feig simply 'gets' McCarthy better than she and her husband do."

From Bridesmaids, to The Heat, to Spy and no doubt to the upcoming Ghosbusters, which could be an incredible hit, Feig and McCarthy have proven they're a winning team. So it's frustrating that so many of her movies are directed by someone else, and don't find the same critical success as her Feig-made ones do. Still, in the end, the reviews McCarthy's movies get don't seem to matter all too much; the films keep killing it at the box office, one after another. The Boss beating out a massive superhero movie when the latter film was only in its third week is nothing to scoff at, and it's truly great that female-driven films are becoming more commonplace and being seen as competitive at the box office, thanks to McCarthy.

Yet I still can't help but hope that eventually, in addition to her films' box office success, all of the star's movies will be critical favorites, too. It's also great that McCarthy and her husband support one another so profoundly in their profession and obviously enjoy working together, and they're entitled to continue collaborating however long they please. But in terms of pure quality, McCarthy should stick with Feig — and make movies that resonate both financially and critically.