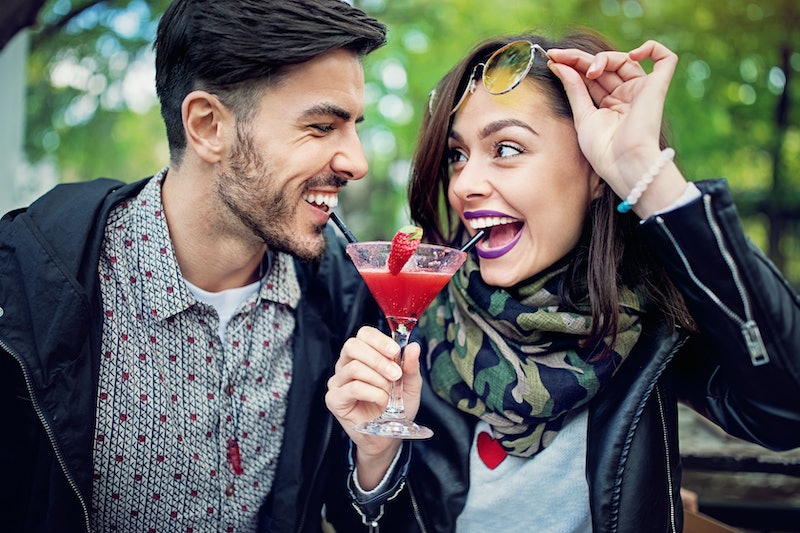 praetorianphoto/E+/Getty Images
By Kae Burdo
May 16, 2016

When you hear the words "ethical non-monogamy," what do you picture? Monogamish couples who occasionally have a guest star in the bedroom? Open, sprawling poly networks of people who lives alone and date casually? Three or four adults and a bunch of kids, all living together? Any of these would actually be reasonable, because the big wide world of ethical non-monogamy encompasses many different relationship styles and configurations. These relationship styles sometimes only a few things in common, but they're key similarities: they're honest, they involve more than just two people, and they're commonly misunderstood and conflated.

In my time as a non-monogamous person, I've dipped my toe into a number of the ethically non-mono pools. I've been monogamish, considered myself my own primary partner (solo poly), and even tried out hierarchical poly — including a very regrettable but luckily brief period of unicorn hunting. While each structure has it's own specific myths that surround it (which is unfortunate since there's so many more interesting things to discuss), any hint of ethical non-monogamy comes with some basic myths that are in need of quashing. Here are four myths that ethically non-monogamous couples often encounter. But first, check out the latest episode of Bustle's Sex and Relationships podcast, I Want It That Way:

Myth #1: We're Cheating On Our Partners

The most obvious myth surrounding ethically non-monogamous couples is that one or both of them is "cheating," particularly if someone sees you with someone other than the partner they normally see you with. However, even if both partners are present, mono folk often equate ethical non-monogamy with cheating, but the "ethical" part is key here. Cheating is being sexually unfaithful — having sex with someone other than one's partner in violation of a boundary or agreement. If the agreement includes sexual activity with other partners, then it's simply not cheating — period.

The first thing that usually comes to mind when someone finds out a couple they know isn't monogamous is: swingers. While some people prefer that style of ethical non-monogamy (stats are hard to find, but I don't really know any swingers, personally), many folk in the community have other structures that they prefer, particularly because a lot of people are more restricted in their willingness to have sex outside of emotional connection.

According to a lot of folk, non-monogamy is the purview of the gays. Or at least, one or both of us must be bi and "need" "both" genders, right? Not quite. Lots of straight folk are into ethical non-monogamy (and lots of gay folk are into monogamy), and even for those of us who are queer? It's not generally why we're ethically non-monogamous. Also, as a side note: there are more than two genders.

Myth #4: We're At A Higher Risk For Contracting An STI/STD

The logic here sort of follows, I'll admit that. But the stats just don't agree: according to one recent study, people in monogamous relationship were equally as likely to get an STI as ethically non-mono folk. Which also makes a lot of sense, really: if you're hiding other lovers despite being ostensibly monogamous, you're less inclined to use a condom out of fear of a condom or wrapper being found by your partner. In my experience, mono folk tend to also talk about safe sex and sexual history less. Ethically non-mono folk, on the other hand, have extensive conversations about sexual history, current sexual partners and protection methods, and STI testing and status — leading to people being able to make informed decisions about what risks they take, which keeps the risk of STI transmission lower than you otherwise might expect.

More like this
13 Ideas To Add To Your Sex Bucket List
By Kristin Magaldi
35 Sexy Texts To Send Your Partner
By Griffin Wynne and Carolyn Steber
GIRLI & Q Fell In Love At A Skatepark & Never Looked Back
By Jessica Morgan
What Are Swingers? Everything You Need To Know
By Lexi Inks
Get Even More From Bustle — Sign Up For The Newsletter