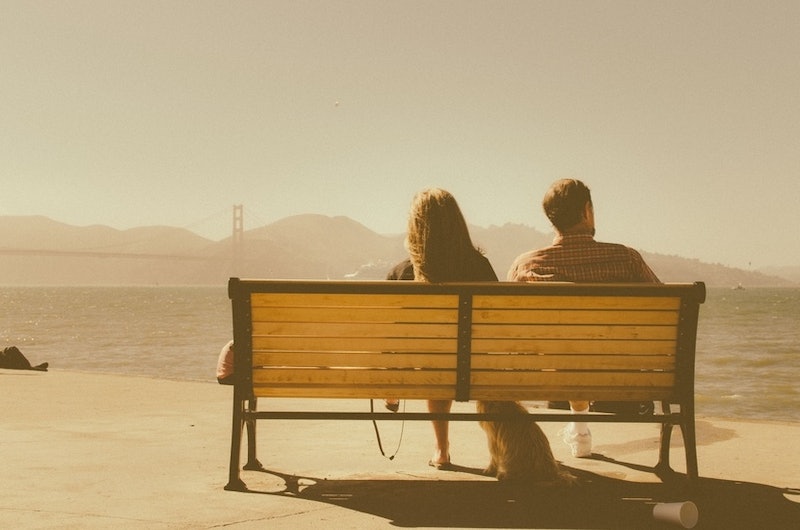 Friendliness gets a bad rap these days. So often, we view the smiling, sweet, chatty person as kind of dimwitted, or vulnerable, or even fake. But despite the fact it can freak people out, I honestly think we should all be more friendly in everyday life.

Because, no matter what the mean critics say, friendliness is a wonderful quality to have. Not only does it make other people happy, but it can make life better for you, as well. Think about getting ahead at work (yes, even in cutthroat offices), having more fun on dates, and attracting all sorts of super caring friends. Seriously, being lovely and warmhearted is what we should all strive for — if not always, then at least some of the time.

As Rick Hansen, Ph.D., so eloquently said on Psychology Today, "In its own quiet way, ordinary friendliness takes a stand that is almost subversive these days: that the world has many more opportunities than threats, that most people want the best for others, that simple informal human connections tie this battered old planet together much more than jumbo corporations or mass media flickering on the walls of our upholstered caves."

With all of that in mind, check out these ways to bring a bit more friendliness into your life, because yes — it's totally worth it.

Check Out: Friendships Don't Just Happen! The Guide to Creating a Meaningful Circle of Girlfriends , $13, Amazon

You can walk around all stoney-faced and closed off, or you can be the cool, smiling person who acknowledges there are other people exist. The latter is so much friendlier, and not even that difficult to do. (I promise.) Simply make eye contact with the people you pass on the street, and toss out a few nods and smiles. And just like that, you'll be the friendliest person on the block.

2. Don't Be Afraid To Start Conversations

Talking can be a bit harder to get used to, but try to get in the habit of striking up conversations. It doesn't have to be anything deep, or overly-personal. As Chris MacLeod wrote on his blog SucceedSocially.com, "Even saying hi, asking for their name, and going, 'Cool, nice meeting you. I'll see you around later hopefully' can be good." It'll make people feel included, and that couldn't be more friendly.

Blowing people off is the polar opposite of being friendly. Cold-shoulders, one word answers, totally ignoring them — it's downright mean. So if someone is trying to chat with you, make an effort to give them something, anything, back in return, MacLeod said. It's often the right (and friendly) thing to do.

You may be the nicest person in the room, but bad body language can make people think otherwise. So take a second and focus on what kind of vibes you're projecting. (Do you appear closed off? Are you refusing to make eye contact?) As Renee Cutaia Olson noted on HuffingtonPost.com, the simplest way to fix such things is to smile and have fun. It will relax you to the point where natural eye contact occurs, and people will view you as way more approachable.

5. Invite People Out On The Regular

Everyone appreciates an invitation to hang out, even if they turn it down. That's why you should dish them out on the regular. As MacLeod said, "Be the one to invite people out rather than waiting for them to come to you first." Meet ups for coffee, trips to the bar, movie nights — let those invitations flow.

If you don't like people up in your business, then by all means, skip this one. But a few well-placed shoulder touches, or a quick swipe of the forearm, can come off as super sweet. As Jeff Haden noted on Inc.com, "Nonsexual touch can be very powerful ... Touch can influence behavior ... and make the person doing the touching seem more attractive and friendly."

7. Be Genuine About Your Feelings

It can be tempting to try to convince the world that you're doing OK, especially when trying to be friendly. (Because no one likes a dark rain cloud, right?) But people can totally tell when you're hiding your true emotions, and it kind of turns them off. As Haden said, "Don't be afraid to show a little vulnerability. People may be (momentarily) impressed by the artificial, but most people sincerely like the genuine."

8. Make It Comfortable For Others

Let's say a stranger joins your group at a party. It took them a ton of courage to approach you guys, so try to make the transition easy for them. As Olson said, "Help guide the conversation to cue that you're grateful [they] made the effort. Take observations from the evening to generate camaraderie ... It builds common ground, so the getting-to-know-you questions aren't so bland." And then let potential friendships form from there.

9. Offer Up Some Real Compliments

A genuine compliment is just about the nicest thing you can give a person. That's because it shows you appreciate them, and that you took the time to notice their best qualities. "Compliments make other people feel good, and then that person associates you with that feeling. This makes them a great way to bridge the gap between stranger and friend," as noted on the blog FeelHappiness.com. So get in the habit of piping up when you notice something good.

10. Be In Tune With Other's Emotions

Being friendly isn't all about doling out compliments and invitations. It's sometimes about sitting down with a bummed out friend, and listening to their problems. (Bonus points if you can pick up on their issues before they have to say anything.)

OK, so I'm not saying you should giggle away at everything and anything. But when you're truly in tune with someone, and they are trying to crack jokes, it's perfectly natural to let your laughs flow free. As Jonathan Wells said on his blog AdvancedLifeSkills.com, "When you laugh, you will also be encouraging laughter from others. When you contribute to the happiness of others, they can’t help liking you. So never underestimate the value of laughter to contribute to a more fulfilling life for everyone."

For the uninitiated, being friendly can at first feel vacuous or fake. But really, it's simply about being approachable, and improving everyone's day — and in turn, improving your own. So start implementing some of these tips, and just try not to be in a better mood.