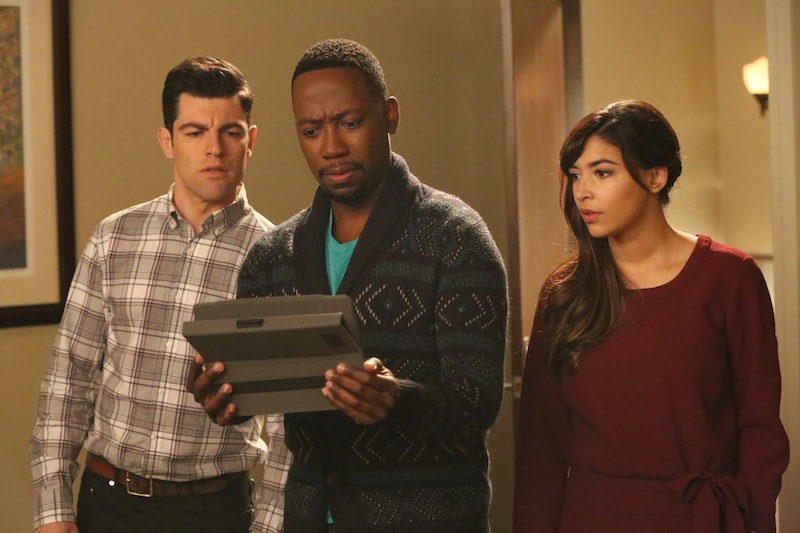 Schmidt and Cece may still have to tie the knot, but it turns out that Winston has already beaten them down the aisle. Yes, my friends, Winston and Rhonda got prank married on New Girl , and by that I mean that they actually got married. Apparently, these two pranksters thought the more legitimate the joke was, the funnier it would be. (I mean, no one would ever suspect them to actually follow through with it, so therein lies the ultimate prank, right?) But it seems like the joke is on them because now in the eyes of the law, these two are husband and wife. So will Winston and Rhonda get a divorce? That was the plan, but, of course, nothing is ever that easy.

Originally, the two of them intended to get an annulment the very next day, however, Rhonda was called up for duty and had to leave suddenly, so they are still married and will remain as such for the foreseeable future. The ironic thing, though, is that this all started because Schmidt and Cece didn't want Winston bringing Rhonda as his plus one to their wedding. But now that they're married, they're kind of a package deal. So, in a way, Winston did manage to find a loophole that allowed her to still be invited, but at what cost?

It's clear that Winston still has feelings for his partner, Aly. What will happen when she finds out he got hitched? Will it completely wreck his chances with her or perhaps will it force her to recognize her own feelings towards him? Either way, this is definitely a huge shake up to Winston's storyline. Let's just hope that Prank Sinatra knows what he's doing because this marriage right here is a serious game-changer. And that is no joke.