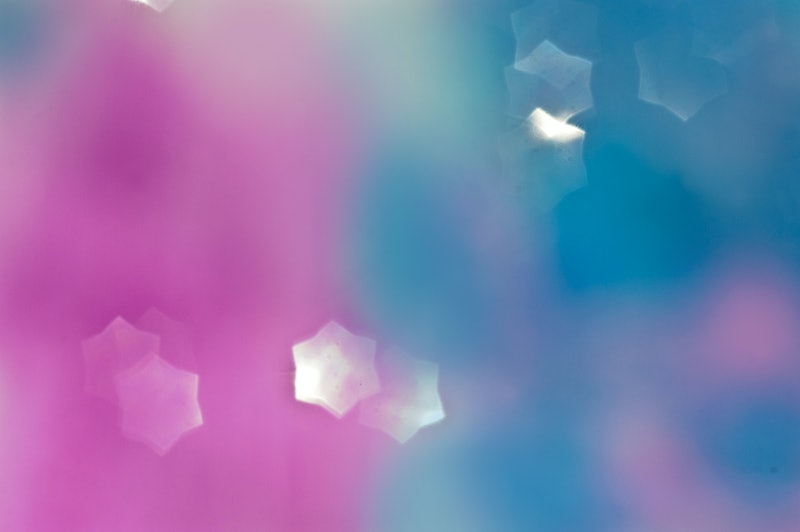 Gender shapes all aspects of our lives, from our daily routines to the way we talk about people. So, there are many words you may not realize are gendered that we use in everyday conversations. Even the most feminist among us can become so accustomed to hearing people describe others in gendered ways that we don't even realize these descriptions can be problematic.

Words are important, though. When we describe women and men with different terms and phrases, we end up holding them to different expectations. This is especially problematic when the words we use toward one gender are harsher, which suggests people of that gender shouldn't possess the quality in question.

Our use of language can also perpetuate problematic perceptions of what the "default" is. For example, Gloria Steinem has observed that we often use adjectives when someone doesn't fit our default definition of a man or woman. Gloria Feldt expands on this idea in a Fortune article about the trope of the "strong woman," pointing out that we rarely say "he's a strong man" because men are assumed to be strong.

Here are some ways we use language that can unknowingly encourage gender stereotypes and penalize people for bucking them.

"Sassy" is rarely used toward cis, straight men, and it's also disproportionately used toward women of color. TV and movies often employ the trope of the sassy black or Hispanic woman, and this often has a negative connotation, as if women of color are by nature stubborn and difficult. The word "sassy" also makes it noteworthy, rather than the norm, for women to speak their minds, and it often sexualizes this quality as a trait of a "vixen" or a "hot mama."

The only case when "sassy" is typically used toward men is when it's used to describe gay men, as in the "sassy gay friend" trope. In this case, sassiness is also deemed "feminine" and often used to present someone as more of a laughable caricature than a human being.

Little boys are very rarely called bossy. If they try to take over a game on the playground or play with someone else's toys, people say "boys will be boys." But when girls behave aggressively, they're penalized for it. This not only discourages forms of aggression that could be positive in girls, like the decisiveness and assertiveness necessary to be an actual boss, but also permits negative, harmful forms of aggression in boys.

Women's voices are often criticized in politics, the media, and the workplace, and one popular way to both convey that a woman's voice is unpleasant and punish her for having opinions is to call her "shrill." This has become particularly clear during the presidential election, with Donald Trump and several members of the media describing Hillary Clinton this way.

This word gets used toward both men and women but in very different ways. If a man is called sensitive, the speaker is often implying that he's a good boyfriend, husband, or dad. But if a woman is, the implication is often that she's too sensitive. And, frequently, she's accused of being too sensitive about sexism — or, worse, being too sensitive because she has her period.

We usually think of "bubbliness" as a desirable trait in women, but the fact that men are never described this way should tell us something. There's nothing wrong with being outgoing or affectionate, but "bubbly" also has the connotation of being a people-pleaser who lacks intelligence and is constantly giggling. It's also sexualized; we rarely hear women who aren't young and conventionally attractive described as "bubbly." A "bubbly" woman is typically one who pleases men.

When a woman is energetic, adventurous, or outspoken, people will often say, "She's a real firecracker." Like many words on this list, this one is often sexualized and is rarely used to describe men. That's because having a dominant personality is considered a male trait, so there's no word necessary to describe a man with "firecracker" qualities.

Aside from describing a child or a love interest, "cute" often has a female connotation. Women are often called "cute" or "adorable" for having endearing dispositions or told they look "cute" when they wear outfits that look good on them. When used disproportionately toward women, especially older women, this word can infantilize and trivialize the person being described.

When asked to picture a brilliant scholar, most people will picture a white man, and they'll often picture someone in a male-dominated field like philosophy or math. In fact, students are more likely to describe male professors as brilliant on the site Rate My Professors, according to a study from Northeastern University. Women professors, on the other hand, were more often called "beautiful," "ugly," and "bossy."

Like "brilliant," "genius" is disproportionately used to describe men and people working in male-dominated professions like tech. "Geniuses" are considered to have innate talent that can't be gained through experience, and one study in Science found that fields thought to require innate talent have fewer women in them. Like many of the ideas behind these phrases, the perception of men as more "brilliant" or "geniuses" could actively be excluding women.

More like this
25 Inspiring Quotes From Black Women To Celebrate Black History Month
By Kyli Rodriguez-Cayro and JR Thorpe
24 History-Making Black Women You Probably Didn't Learn About In School
By Ayana Lage and JR Thorpe
Twitter Is Identifying With Sally Field & Jane Fonda’s Friendship In New Viral Video
By Jake Viswanath
23 Super Sweet Things To Write In A Valentine's Day Card
By Karen Belz and Lexi Inks
Get Even More From Bustle — Sign Up For The Newsletter
From hair trends to relationship advice, our daily newsletter has everything you need to sound like a person who’s on TikTok, even if you aren’t.