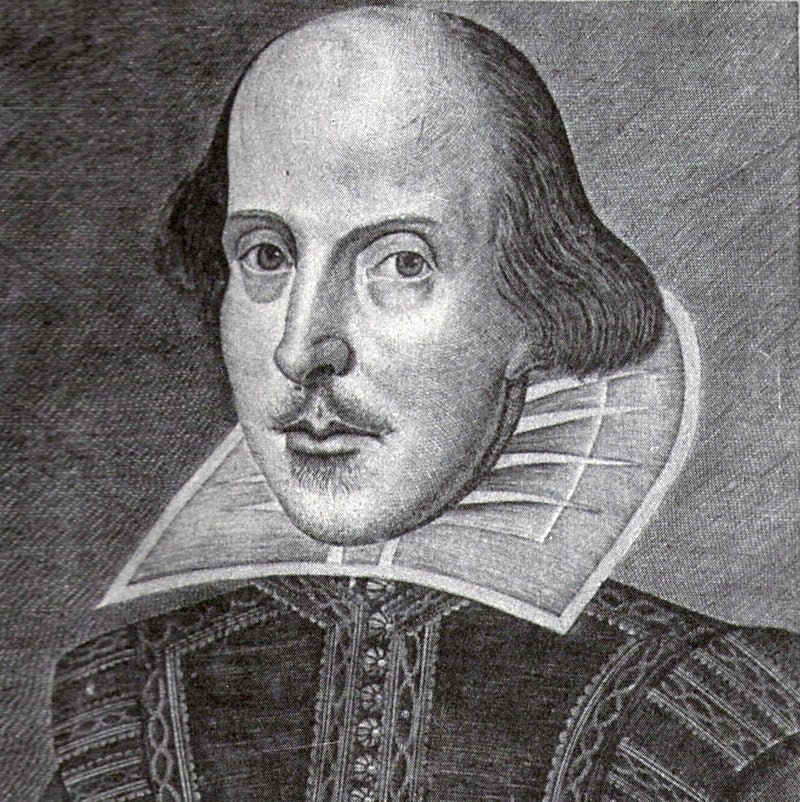 We’re coming up on the 400th anniversary of Shakespeare’s death. Sometimes, it’s hard to imagine that it’s been four centuries since the Bard was laid to rest, because, centuries after his death, he's still incredibly relevant: his lines are still deliciously dirty, authors still use his iconic and amazing stories as inspiration for other novels, and Taylor Swift writes songs referencing his characters. He seems to be everywhere — and yet, how much do we really know about William Shakespeare?

In fact, there seems to be a delightful campaign to prove that Shakespeare didn’t actually exist. Some people believe Shakespeare was a pen name for a group of authors who wrote the famous plays. This argument doesn’t hold much water, but there is still a lot that we don’t know about the man behind the most famous plays of all time. We know that he married a woman named Anne Hathaway at the age of 18, and we know that he had three children, Susanna, Judith, and Hamnet. We also know that Hamnet Shakespeare died of unknown causes at the age of 11. We know he became incredibly rich and famous in his time. We know that Shakespeare died on April 23, 1616, which also happened to be his 52nd birthday. However, what we don’t know is how he died.

Of course, in Shakespeare's time, there were myriad ways a person could die. We may not know how he died, but scholars have devised a few theories. Read on to check them out.

This cause holds the most weight given the fact that Shakespeare's doctor and son-in-law John Hall was quoted as saying: "I have formed the opinion that it was more likely than not in the nature of a cerebral hemorrhage or apoplexy that quickly deepened and soon became fatal." A cerebral hemorrhage is a relatively nasty bleed in the brain that eventually kills brain cells. They can be caused by a whole bunch of things, including physical trauma, congenital issues, and liver disease.

Speaking of liver disease, one of the few clues we actually have about the nature of Shakespeare's death is a quote from the diary of John Ward, the vicar of the Holy Trinity Church in Stratford where Shakespeare was buried. He wrote: "Shakespeare, Drayton, and Ben Jonson had a merry meeting and it seems drank too hard, for Shakespeare died of a fever there contracted."

There are several holes in this story — most obviously, it was written fifty years after Shakespeare's death. However, it is one of the few clues we have to go on. Back in the day, pretty much everyone drank, and Shakespeare was known to use drugs for inspiration, so this idea holds some water.

Typhus is a pretty gnarly infectious disease often spread by flea bites. This deadly disease comes with such fun symptoms like an extremely high fever, joint and muscle pain, vomiting, and delirium. While not much is known about the symptoms Shakespeare exhibited in the days before his death, it is known that he had several fevers in the months leading up to his demise. In fact, one of these fevers was so severe that he actually had his will drawn up. There was also a typhus outbreak nearby in the year of his death. All of this indicates that typhus very well could have been the cause of death.

It's hard not to romanticize the past sometimes, but let's be real with each other for a minute: back in the day, syphilis was everywhere. Nowadays, syphilis is pretty easily fixed with a bit of penicillin, but there was a very long stretch of history where that was simply not the case. A whole lot of people dealt with the symptoms of syphilis, which include sores, rashes, and more. Tertiary syphilis refers to a specific type of the disease that pops up many decades after the initial infection. While there's no official diagnosis for Shakespeare, many people believe that he showed signs of tertiary syphilis based on his signatures later in life. As he grew older, his signature grew less and less coherent, implying that he had a motor skill issue in his arms that's common in tertiary syphilis patients.

Due to his fevers and the swiftness of his death, it's largely thought that Shakespeare died of an infectious disease. One of the biggest killers in history is good old influenza. Influenza has been a pretty consistent killer throughout history, and just like typhoid, influenza was making an appearance during the year of Shakespeare's death. It's an Occam's Razor type situation: the simplest cause of death is probably the actual one.

Fun fact: stress can also cause cerebral hemorrhages, and Shakespeare was experiencing loads of stress before his death. He was relatively famous at the time, obscenely rich, and his health was in decline. In fact, his son-in-law actually commented to this effect, saying: "Such a termination is quite common in men who have undergone such continuous mental and physical strain over a prolonged period as our actor-manager-dramatist must have been subjected to throughout his, undoubtedly, strenuous career. Richard Burbage who daily shared the same theatrical life, himself died of such a seizure after twenty-four hours illness [in 1619]"

And you thought that theater degree was going to be easy!