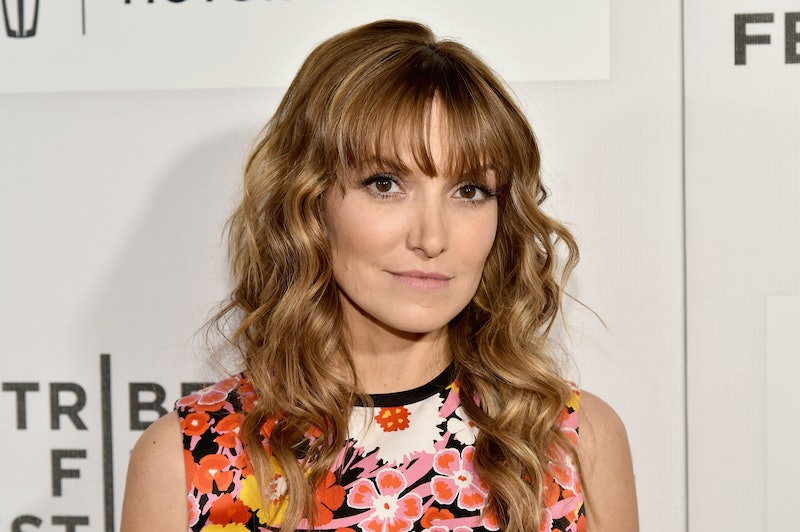 These days, it's a big enough deal when a movie features a handful of realistic female characters, let alone puts one in a leading role. As for a movie that not only stars women, but is made by women, and focuses primarily on its female characters' relationships with one another? That's practically unheard of — yet The Meddler , a new film starring Susan Sarandon and Rose Byrne, does just that — if apparently a bit too well, according to its writer and director, Lorene Scafaria.

"I think we almost fail the opposite of the Bechdel Test," Scafaria tells me, laughing. "Like, there are two scenes where guys talk to each other about things."

Making movies featuring complex female leads is familiar territory for Scafaria, known for helming 2012's Seeking a Friend for the End of the World and writing the 2008 indie hit Nick and Norah's Infinite Playlist. Yet unlike The Meddler, those movies gave its men and women relatively equal screentime; the Sarandon-led dramedy is the first time Scafaria has made an entirely female-led film, something she's clearly proud about.

"It was really exciting to me to almost fail that test," she says. "But I think when you treat women like people" — she laughs here, at the seemingly obvious nature of the statement — "it just sort of happens naturally."

Yet there's no question that The Meddler, inspired in part by the life of Scafaria's mother, is unlike most other Hollywood movies. There's its woman director and its female-led cast, of course, but there's also the nature of Sarandon's leading role — an older, widowed woman dealing with grief, loneliness, and the hints of a new romance. It's the type of part that's rarely seen on-screen; what studio is going to greenlight a movie about a woman in her 60s, when, according to a 2015 Time report, female actors over the age of 30 are already being fazed out of Hollywood? Says Scafaria, "It was really tough to get a film made about a woman of a certain age in which it’s not a traditional two-hander."

In the past few years, though, there's been a noticeable uptick in the number of films made starring older women — March's Hello My Name Is Doris, starring Sally Field; 2015's Grandma, starring Lily Tomlin; that same year's I'll See You In My Dreams, starring Blythe Danner; and of course, The Meddler, to name a few. Why this is happening is unclear — it's likely not because more women are making movies (they're not), or because older female stars are starting to demand more roles (they've always been). Yet whatever the reason, it's a welcome change, although one Scafaria says she wishes wasn't even necessary.

"Why can’t we just all have our movies made? Why can’t we all just tell our stories?" she asks, rhetorically. "You don’t want it to feel like it’s a genre movie, just because there’s women in it."

Still, she adds that, "It’s so refreshing to see not just movies about women, or women of a certain age, but films that are character studies or human stories and movies for adults.

The Meddler, out April 22, is a sweet, funny movie about, producer Joy Gorman Wettels says, "what your mother does all those hours when you don't call her back." And although Byrne, who plays the daughter of Sarandon's character, has a significant supporting role, the movie is indisputably Sarandon's; as Marnie, newly widowed and desperately in need of company, the actor gives one of her strongest lead performances in years. Already, there's talk of potential awards to come for Sarandon, a far-away possibility that Scafaria laughs off ("We’ll settle for anything," she jokes), but even if no accolades are involved, the director is thrilled that her film contains such stellar work from its star. Says Scafaria, "I hadn’t seen her put in a performance like that in a long time."

And while intimate dramedies starring older female actors might not usually scream box office sensation, Scafaria is hopeful that Sarandon's performance will have enough pull for the movie to make an impact. "People are still going to the theaters for things like this," the director says, and she's right; a 2014 study by the Motion Picture Association of America found that the number of “frequent moviegoers” over 60 had risen almost 30 percent from the prior year, making up a sizable portion of overall viewers, especially for movies featuring older protagonists. It's just up to the studio, and Hollywood, to support movies like The Meddler being made and getting seen. The film has already gotten strong reviews, and the appeal of Sarandon's performance will certainly spread through word-of-mouth.

But even if it finds box office success, the film, like Grandma, Hello My Name is Doris, and I'll See You In My Dreams before it, is likely going to been as an anomaly, the rare movie starring an older woman to find a home with audiences. Yet maybe, just maybe, The Meddler will be the one to tip the scales — the female-led film that finally convinces Hollywood of the need for more like it, and the desire for female audiences to see themselves reflected on-screen. Perhaps, finally, it's time.