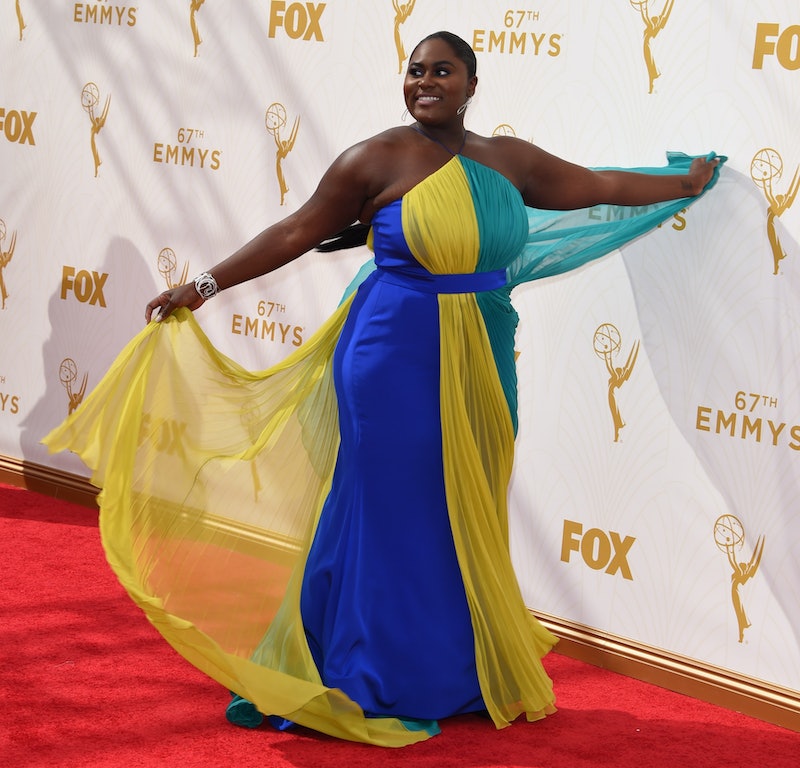 According to Essence, Christian Siriano's Lane Bryant collection is set to be released on Apr. 28. After the news of the collaboration hit the press in summer 2015, the line has been eagerly anticipated by many. The colorful collection will be available in sizes 14 to 28, with People reporting that the line will feature a range of garments including dresses, tops, and skirts.

Siriano told People Style, “We took a lot of inspiration from 1950s ice cream parlors. I wanted there to be a lot of prints and stripes and textures, but still feel modern, with a little vintage feeling as well.” It's easy to see his inspiration shining through in the array of candy colors and feminine cuts in the collection, of which sneak peak images were recently released exclusively on People.com.

What makes this match even more exciting is the involvement of Orange Is The New Black actor Danielle Brooks, who is the face of the new line. Brooks appears to be the perfect poster girl for this cool fashion collection. In the campaign shoot, she can be seen as the star of the show: Exuding elegance and sass in equal measure, as she is tended to by a host of dapper gents. In one snap, Brooks smolders in a monochrome animal print frock paired with cat-eye sunglasses and a perfect pink pout. In another, she looks over the cold shoulder of her midi dress and strikes a pose for her adoring fans. There's no mistaking the fun yet seductive appeal of this collection.

Brooks is no stranger to Siriano's designs, either. She looked radiant at the 2015 Emmy Awards wearing a vibrant, custom Christian Siriano dress and she shone at the 2015 SAG Awards in another custom-made Siriano design.

Brooks' red carpet experience undoubtedly adds to the glamorous old Hollywood appeal of the campaign as well. Her expressions and poses portray the timeless feel of contemporary clothes that have been given a vintage edge.

What's even better is that she's so unapologetic about the term "plus size," telling People, “Right now, I’m embracing [the label] and learning to love my size where I am, and not be ashamed of being plus-size. What is there to be ashamed of? I’m sexy. I’m fine. It’s just a number that we’ve given it. I wear a size 14. That number, I could change it to zero, it won’t matter. I’m embracing where I am."

Although Lane Bryant has come under fire in the past for campaigns that many plus size consumers have understandably found conflicting, it's still admirable to see the company collaborating with a high end designer — subsequently investing dollars in the acknowledgment that plenty of plus size individuals are ready and willing to shell out for higher-budget pieces.

The collection has been causing quite a stir since summer 2015 on social media, as we can see from these happy folks.

So mark Apr. 28 on your calendar and begin counting down the days to one of the more exciting higher end plus collaborations to date.