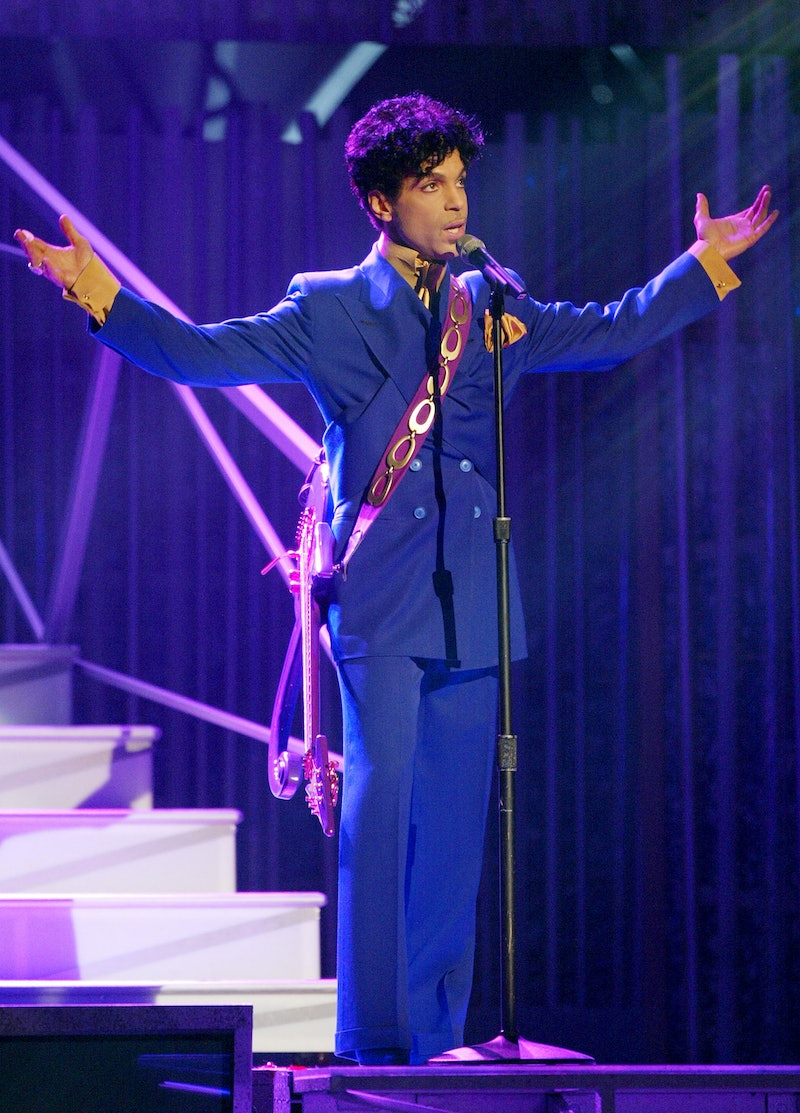 You can complain about the digital age all you want, but one of the greatest things about social media is the way it brings us together in times of celebration and times of sadness. This is in full effect today, as the world mourns the news that musical legend Prince has died, as his publicist confirmed to Bustle. One of the themes popping up on Twitter is Purple Rain, Prince's masterpiece of an album and memorable, Academy Award-winning film.

Truly, the landscape on Twitter right now is celebrating Purple Rain as much as Prince's life and legacy itself. MTV, who halted regular programming to air Prince videos, will broadcast the full movie tonight. It's fitting, because the song was his last live performance according to Entertainment Weekly. Even Snapchat has a "Purple Rain" filter right now. The memes and tweets that are popping up on social media definitely help lift spirits in light of this awful news and devastating loss.

The song, album, and movie all had an incredible impact. "When Doves Cry" was the lead single, for goodness sake! For the mid-80s, it shaped the way a lot of us view gender norms. The work is also probably his most beloved and well-remembered of all. You can tell from all of these tweets. Check it out.

That's a lyric from "Let's Go Crazy," the first track and second single off of Purple Rain.

Oh man, Le Petit Prince would give me the feels on every day, let alone on a day like this!

This performance was epic, and is now being considered as his best ever.

OK, so that last one is a little bit corny, but Prince himself was known to have a great sense of humor. Purple Rain isn't going anywhere, and Prince will live on in memory.