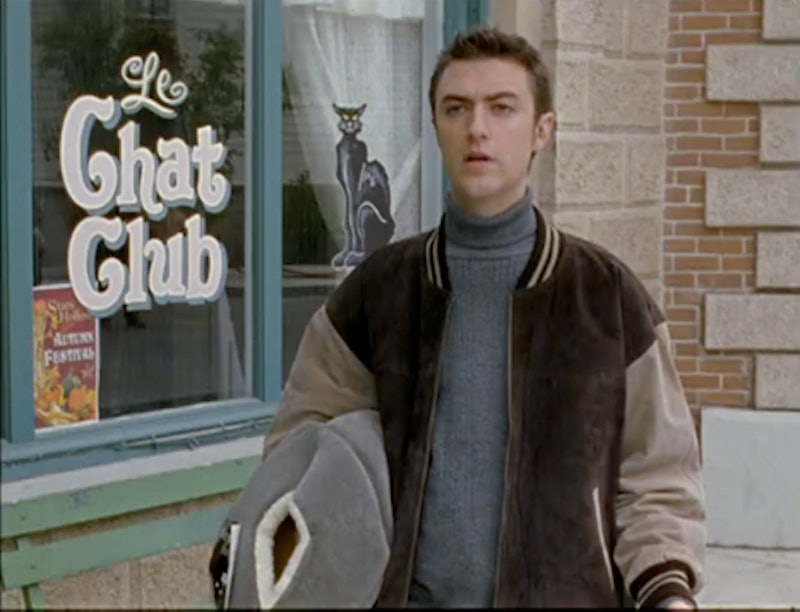 Fact: Gilmore Girls would be a lesser show without Stars Hollow's resident townies. Sure, most of these characters often waded in the peripheries, and might not have received the same amount of attention as, say, a Gilmore girl, but they were important. Sometimes obnoxious and ridiculous, but important. And that's why we loved them. Loved them so much, in fact, that we might have wanted to date them though? (I know, stay with me.) Yeah, a round up of all the Gilmore Girls townies, ranked by their dateability sounds kind of insane, but that's why it's necessary.

Over the course of watching (and re-watching, and re-watching, and...re-watching) Gilmore Girls since it left my TV screen back in '07, I've often wondered (sometimes out loud, sorry everyone) which Stars Hollow resident strikes my fancy the most. Now that the Gilmore Girls revival is impending — and the majority of the townies are all set to make their glorious returns — the question looms over my head with more weight. It needs to be answered, it needs to be discussed. Which brings me to my point. A ranking of Gilmore Girls townies — in terms of who you would most take home to mom and dad — and who you would never introduce to anyone as your boyfriend or girlfriend.

Taylor Townsend is the least dateable townie because he's — oh, I don't know — deplorable. That might sound harsh, but think about the difficulty level of pleasing Taylor Townsend. He's perpetually displeased! It would be such a headache.

As terrifying as Mrs. Kim is, at least she knows how to polish furniture. She abides by some pretty strict principles (such as "You break it, you buy it!" and "Fries are the devil's starchy fingers"), but I can get over that for her wicked sense of humor (...kidding).

Based solely on the fact that he could use some company.

Don't get me wrong, I adore Babette. But this isn't a list about which Gilmore Girls characters I adore (if it was, it'd be too long probably). While Babette's quirky nature and kind hearted soul would be akin to drinking a warm cup of Luke's diner coffee, I can't help but feel like her energy would be challenging to match. Eventually, I think I'd require some quiet. Or some more of that coffee.

Morey doesn't speak much so it might be hard to get to know the guy, but what he lacks in verbal communication he makes up for in height and musical skills. Honestly, he's kind of the perfect boyfriend?

Kirk Gleason is employed, which right away, means he could make an excellent partner. Yes, he still lives with his mother and while some might view that as problematic, it's only weird if you make it weird. Overall, Kirk is a kind and compassionate guy. He might lack social skills and a basic understanding of the world, but damn if he isn't adorable. He even has a cat!

Lulu is obviously a patient woman. We know this because she is dating Kirk. In fact, Lulu might be an actual angel sent from the heavens above, come to think of it.

Who else could fix your car and be able to pull off pigtails at the same time? Gyspy, that's who. She's got spunk, sass, and overall is one of the coolest Stars Hollow residents.

I like to think of Miss Patty as the spirit of Stars Hollow. She radiates confidence, loves a good sexual innuendo here and there, and has the ability to keep Taylor Doose in his place. Who am I kidding?! Miss Patty would be the best girlfriend.

Let's face it. Jackson is a grade-A sweetheart. He's passionate about vegetables (same), and always has the best intentions. If we've learned anything from watching his relationship with Sookie blossom, it's that Jackson is dependable, supportive, and protective. Such boyfriend material.

Was there ever a bigger babe than the enigmatic Troubadour of Stars Hollow? Just imagine for a second what it would be like to have him narrate your life with that wonderful acoustic guitar. He could serenade you to sleep. Every. Single. Night.

Now come on. Forget this boyfriend nonsense. Make a husband out of that man already.