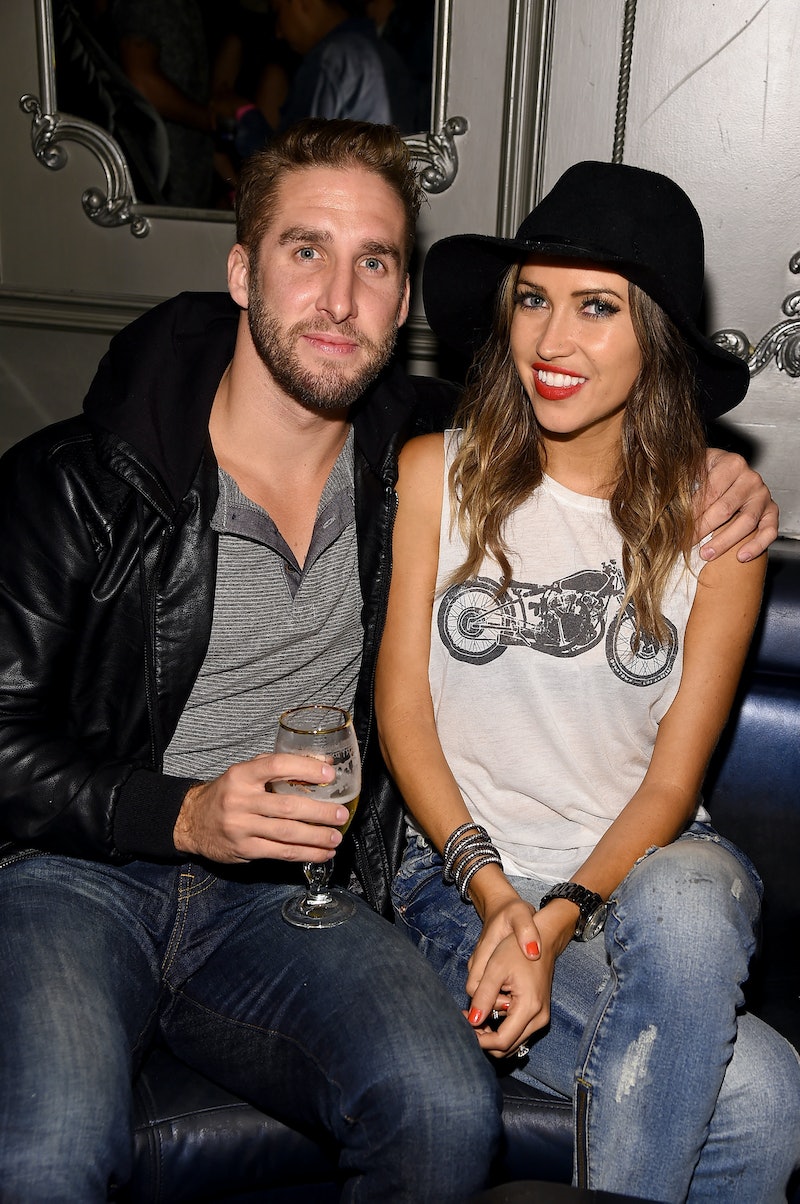 Hate on the Bachelor franchise as much as you want for being plagued with breakups, but there are actually a lot of happy couples that have come out of these reality shows. In fact, a lot of them are married with children. And aside from that there are actually some Bachelor couples that are still together, but just haven't gotten married — yet. Two of these couples are engaged and the other could be soon, but either way they have this reality show franchise to thank for bringing them together to become pretty serious couples. I'm not sure what's taking these people so long to get married, or if it just seems like a long time because the fans are so into it, but everyone is really excited for them to get married.

Not only is Bachelor Nation hoping for weddings, but they are really pulling for these duos to have televised weddings. They all met and fell in love on TV, so they might as well bring the love story full circle and have the wedding in front of the reality show cameras, as well.

Sadly, not all of the Bachelor and Bachelorette couples have stayed together, but these three have and they things seems to be going well. So, when are they going to make it official?

Kaitlyn and Shawn have been going strong ever since she chose him during her season of The Bachelorette . He proposed during the finale. It does not seem like they've set a wedding date, but it feels like it has been an eternity as far as Bachelor time goes. Hopefully, they get married soon though and hopefully it's on TV. Fans miss seeing these two on television and it's been far too long.

I know that Ben Higgins and Lauren Bushnell just got engaged, but it seems like Bachelor people always rush their courting rituals, so get on with it, guys! ABC even brought Ben's pastor to the live finale with the hopes of having an instant wedding. These two just moved in together and have been doing all kinds of cute couple stuff on social media so it really seems like things are going well. My guess is that they are holding out on a wedding date because they plan to negotiate to get their ceremony and reception filmed for a Bachelor wedding special.

Michelle Money and Cody Sattler found love during Bachelor in Paradise Season 1. They even moved near each other in real life, but then there was a breakup and some reconciliation rumors that were a little bit unclear. Even though it was a little confusing to figure out when these two were on and off as a couple, they are on again now. Not only have they been snapped in social media photos together, but they are are also going to be participating in the show Marriage Bootcamp: Reality Stars . Going into a show with the words "marriage bootcamp" in the title definitely indicates a serious relationship with me and that they have probably had conversations about marriage.

These three couples have given the fans something to root for and it will be exciting to see who walks down the aisle first and how these weddings will go. Fingers crossed that there are no Bachelor breakups in this bunch!

More like this
JoJo Fletcher & Jordan Rodgers Got Married In A “Playful & Fun” Wedding
By Grace Wehniainen
Becca Tilley Confirmed Her & Hayley Kiyoko’s 4-Year Romance With A Heartfelt Note
By Brad Witter
Kourtney Kardashian & Travis Barker Are Married – Officially
By Sophie McEvoy
Scott Disick’s First Time Around Kravis Was “Awkward,” To Say The Least
By Jake Viswanath
Get Even More From Bustle — Sign Up For The Newsletter