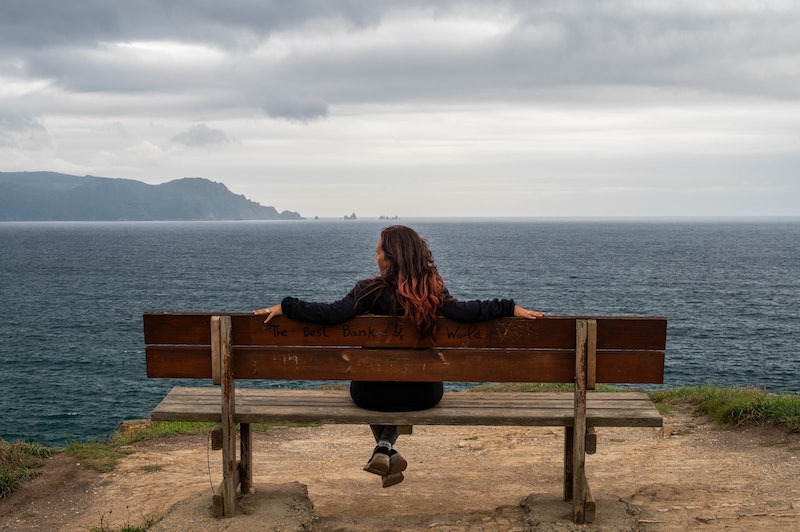 When you’re approaching 30, it’s common to feel like you’re supposed to have your life “figured out” (whatever that means). But as someone who has lived three decades and survived to tell the tale, I can say that there are plenty of questions you don’t have to answer by 30. People often talk about turning 30 as if it is some sort of deadline — like 30 is the cut off for creating the life you want, and if you don’t have things settled by then, well, tough luck, because life is OVER, you’re stuck, and nothing will ever change for the better ever again. Harrumph.

Except that’s not true. At all. There is no timer counting down to the end of your developmental years, and the only thing that happens when you hit 30 is that maybe you have a sweet party and an excuse to eat cake. Take heart in the fact that, however old you are, life keeps moving forward, the world continues to be full of possibilities, and you really don’t have to have all the answers.

As you get older, it is important to think about your long-term goals and to learn about yourself — to do your best to find out who you are, what you want, and what you need from other people. Asking yourself questions about your desires and your future is necessary to moving forward — but it’s OK if you don’t always have answers to those questions. It’s the questioning itself, and the attempt to learn and grow, that’s the important part.

Keep reading for 13 questions you don’t have to be able answer by the time you turn 30. After all, this is your life — take it at your own pace.

People have been asking you this question since you were in preschool, so it’s no wonder that, on the cusp of 30, you’re starting to feel like you really should have an answer. But the truth is, plenty of grown ups still need time to figure out what a “dream job” would mean to them and how to get there. Some people know from early on what they want to do, and good for them. But if you don’t have your career path figured out yet — or you thought you did, only to discover that it wasn’t your calling after all — that’s OK. Take the time you need to develop a career you really love.

2. When are you getting married?

I remember seeing Sleepless in Seattle as a child and hearing one of the characters repeat the (now debunked) myth that “It's easier to be killed by a terrorist than it is to find a husband over the age of 40!” It’s statements like that (which, again, are false) that contribute to the immense pressure women face to get married before they hit certain age thresholds, as if they no longer have anything to offer a partner after the age of 30, or 35, or (gasp!) even 40.

If you want to get married eventually (and, of course, not everyone does), but aren’t there yet, don’t freak out. You owe it to yourself to give yourself the time to find the right person for you, and to marry him or her when it’s right for both of you. If marriage is something you want, then, by all means, work toward making that happen (by putting yourself out there and dating, by seeking partners who are interested in long term relationships, and so forth). But you can’t force it. Take a deep breath, cut yourself some slack, and enjoy where you are now.

3. When are you having kids?

Ugh, this question. In my own experience, the second I turned 30, I suddenly started hearing all this chatter about “biological clocks,” which I found maddening. (Seriously, people, don’t ask women about their uterine plans. It’s just not cool). The tricky thing is that, if you want kids, it is important that you keep in mind how aging affects fertility. The old myth that it’s nearly impossible for a woman to have a baby after 35 is not true — I repeat, it is not true — but fertility does begin to decline gradually in a woman’s mid- to late-30s. But although it doesn’t hurt to keep this fact in mind as you enter your early 30s, you don’t need to have all of your childbearing plans worked out by the time you hit the big three-oh. Having a child is a huge decision, and one that you shouldn’t make because you feel pressured by society’s expectations, other people, or your own fear. It's true that you can’t wait forever to decide when or how you want to have kids, but right now? You have time. Give yourself the space to think about it.

4. Where is your career going?

Depending on what you’ve done in your 20s, you may have been in the workforce for a decade, or might be just entering your first full-time job post-grad school. Either way, it’s OK if you don’t have a crystal clear plan of where your career is going. Take the time to think about your current job and where you’d like to see it go. Do you love it? Hate it? Do you feel stagnant? Do you see yourself there for a long time? Do you feel like you’re counting the days until you can move on to something else? If you don’t feel fulfilled by your job, now is the time to think about how you can make things better, and what alternatives might allow you to be happier. And if it takes you a while to figure all of that out, that’s OK.

If you’re in a relationship, turning 30 doesn’t mean that you suddenly have to know where that relationship is “going.” Certainly, it’s a good idea to find out whether you and your S.O. are on the same page about your future together (For instance, if you’re approaching the relationship as a casual one, and your partner wants to get married soon, that’s something you both need to know). But you don’t have to decide right now — because you’re the dreaded 30 — whether your boyfriend or girlfriend is “The One” (whatever that even means). Let your relationship play out how it will, and try not to put unnecessary pressure on it. If your current partner is someone that you could spend your life with, you’ll learn that in due time.

You may be feeling pressured to have it all figured out, but if you don’t know what you’ll be doing in 12 months, let alone 10 years, don’t worry. Instead of feeling unmoored by the indeterminacy of the future, regard it as something that is inherently exciting. You don’t know where life may take you in the long run, and that’s great. Who knows what possibilities lie ahead?

The answer, based on my own experience: Maybe never. You may be wondering when you’ll finally feel like you have everything under control, when you’ll stop feeling like you’re just making it up as you go along. But I think that’s something that a lot of people — amazing, interesting, mature people — don’t really ever experience. We often throw around the term “real adult,” referring to people who really seem to have their lives together, but that term is misleading. If you are nearing 30, you are a real adult. And real adults don’t always know what they’re doing.

8. When are you going to settle down?

“Settling down” is such as sad sounding phrase, maybe because it sounds it bit too much like “settling for.” We tend to think of “settle down” as meaning “Get married, have kids, buy a house, stay in the same place forever.” Somehow that phrase carries a weird contradictory power: One the one had, many of us feel pressured to settle down. On the other, the phrase “settling down” makes settling down sounds pretty damn boring.

If you don’t want to get married, have kids, buy a house, and so on, then don’t! There’s nothing about getting older that means you have to start living your life in a way that doesn’t make you happy. And if you have­ gotten married, had kids, and bought a house (or any variation of those things), you don’t need to think of it as boring, or as some sort of stopping point. All of those things are exciting and transforming — in many ways, the opposite of “settled.”

9. When are you going to learn to cook/knit/ski/draw/whatever?

People often give themselves artificial deadlines for accomplishing certain tasks or learning certain skills, e.g. “By the time I’m 30, I’ll know how to snowboard.” Deadlines can be motivating in some cases, but in others, they just make people feel unnecessarily bad about themselves. So you’re turning 30 and you still haven’t learned how to knit? Who cares? Think about all of the amazing things you have learned instead. Besides, knitting (and cooking, skiing, rock climbing, speaking Italian, and making your own bread) will still be there after the clock turns on to your thirtieth birthday. You’re never going to be too old to learn something new.

10 When was the best time of your life?

If you feel like you haven’t had the “time of your life” yet (whatever that might mean to you), it may simply be because the best may still be ahead of you. Try to enjoy the life you’re living right now, instead of worrying about whatever may or may not have happened in the past.

11. Where and when are you going to buy a house?

Being able to invest in property is not a marker of your maturity or your value as an adult. You may have friends and coworkers who are buying houses, which is great for them, but if that’s not where you are — for financial reasons or simply because you don’t know if you want to live in your current city for the long term — don’t sweat it. Renting has its drawbacks, but it has its perks, too — like flexibility and not being responsible for major repairs.

12. What is your next big adventure going to be?

Who knows? Isn’t not knowing the fun part? The future is full of uncertainty, which can be a legitimately scary thing. But that uncertainty is also a place where we can find possibility and unexpected joy. Instead of worrying about what the next big change will be, let yourself look forward to the fact that there will be change, always and absolutely. That’s life.

Exploring the great existential questions of humanity is all well and good, but there’s a reason that philosophers have been writing about the meaning of life for thousands of years: It’s a tough question. If you’re still questioning your purpose and place in the world, that doesn’t mean that you’ve fallen behind. It just means that you’re thoughtful and introspective.

If your answer to every one of these questions is “I don’t know,” don’t worry — you're not the only one. You have time to figure things out. And isn’t “figuring things out” the fun part anyway?