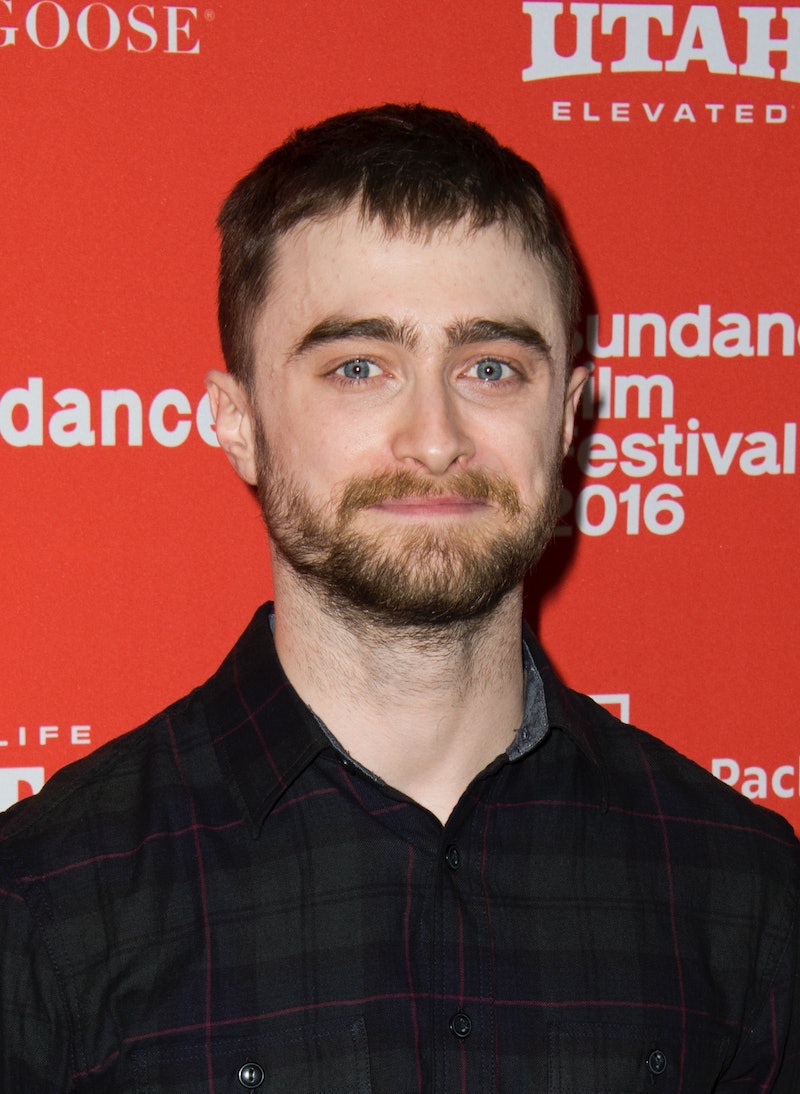 Gender equality is something still being fought for all over the world, and it includes the battle to end the pay gap in Hollywood. Many have spoken out about it, including Jennifer Lawrence, who wrote an essay for Lena Dunham's Lenny Letter that became extremely popular. One would think most everyone is aware of the issue when it comes to women being paid less than men, but there is one particular actor who, for a while, had no idea this was still happening. While chatting with the Australian Daily Telegraph, Daniel Radcliffe spoke powerfully about the pay gap, in addition to expressing his frustrations about it all.

It is nuts to me. I’m incredibly glad it [gender equality] has come up because I had just f*king naively thought this was not an issue any more because how can this still be happening? It’s crazy. It is definitely the time for our industry to step up. Especially if we want to pride ourselves on being a liberal, progressive industry then you can’t be doing that.

And now I adore the Harry Potter actor even more. The fact that Radcliffe wasn't even aware that men and women in Hollywood are not being paid equally speaks volumes. More and more individuals, like Lawrence, need to let their voices be heard, so people, like Radcliffe, are aware of what's happening, what needs to change, and how they can lend a helping hand.

In 2016 women should not still be getting paid significantly less than men. And the 26-year-old star is so right in saying, "How can this still be happening?" It really is mind-boggling that it remains an issue.

He continued to open up about when he learned Lawrence and Amy Adams earned less than Bradley Cooper and Christian Bale in American Hustle. He said,

What I found shocking about the whole American Hustle thing. And please correct me if I’m wrong — but if I have this right, they had all the boys on one deal and all the girls on another deal. That, to me, is shocking … stuff like that is crazy and the thing I can’t help but think is, "Who? Who’s doing that? What guy is sitting in a studio somewhere thinking let’s f*ck the girls out of some money?"

Radcliffe's words just goes to show how much he and Emma Watson need to join forces, just like they did as Harry and Hermione in Harry Potter. Watson is a huge advocate for women's rights. As part of her HeForShe Campaign in 2014, she spoke about why gender equality is so important. As Watson said during her speech, "Because the reality is that if we do nothing it will take 75 years, or for me to be nearly a hundred before women can expect to be paid the same as men for the same work."

Well, Radcliffe definitely agrees. Can you imagine if they started some type of campaign together taking a stance against the pay gap? I have chills thinking about it. If anyone can change things for the better, it's these two.

With that, let me leave you with this quote from Radcliffe:

It's very cool [that more women are taking the lead in films] and I feel like there’s such a wealth of amazing actresses in the world right now and we’ve got to start writing better parts for them and paying them equally.

More like this
Harry Styles Called For "Backlash" In Powerful Statement On Abortion Rights
By El Hunt
Sandra Bullock, Girlboss Extraordinaire
By Matt Harkins & Viviana Olen
Spice Girls’ Net Worth: The Richest Member Is Wealthier Than The Rest Combined
By Hugh McIntyre
Graham Norton’s 10 Best Eurovision Zingers Will Leave You Howling
By El Hunt
Get Even More From Bustle — Sign Up For The Newsletter