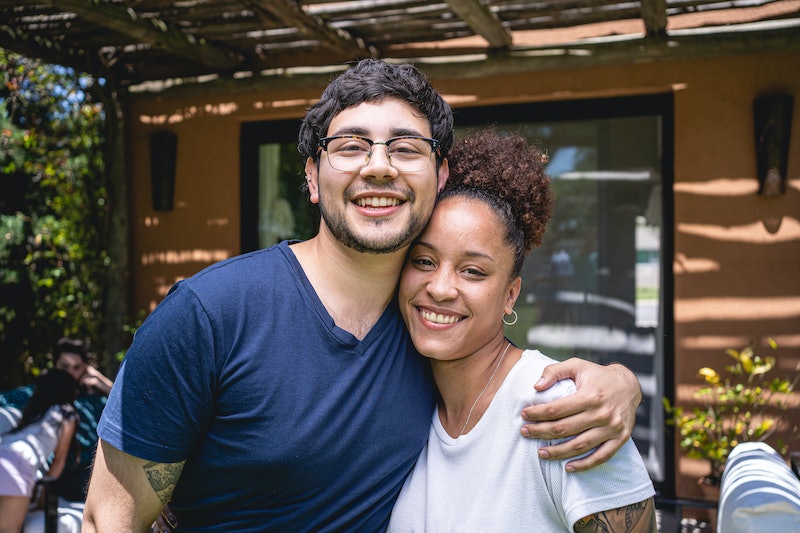 If you’ve every dated a nerd — or are a nerd yourself — you know that there are certain things nerds do in relationships. Nerd-life influences how you interact with your partner, what you talk about, what you fight about, and, well, what you nerd-out about. And, as a nerd married to a nerd, I think it’s all pretty rad.

When I say “nerd,” I’m not referring to outdated Revenge of the Nerds stereotypes of socially awkward, math-loving dudes with giant glasses who are too frightened to talk to women. Nerds come in all shapes and sizes, they’re certainly not exclusively male, and they have different social skills and life experiences. In recent years, much of the stigma that surrounds the word “nerd” has fallen away (although certainly not all of it). Many wear “Nerd” as a badge of pride now, using it less to refer to loving specific things than to refer to loving in a certain way. Although the stereotypical nerd loves science, science fiction, gaming, comics, and so on, you can be a nerd about all sorts of things — books, history, theatre, tech, fashion, and whatever else might keep you enthralled. What makes someone “nerdy” is having such a single minded devotion to something — from Firefly to Hamilton — that you simply can’t be cool about it. Your enthusiasm for everything related to that cultural object is so intense that the concept of “ironic detachment” simply doesn’t make sense to you. Nerds bring all of that to the table in many aspects of their lives — including romantic relationships.

Of course, not all nerds are the same, and not all nerds act the same way in relationships. Nerds share certain interests and common ways of interacting with culture, but they also each have their own histories and baggage that they bring into the dating scene. At the end of the day, nerds are just people (even if they are awesome people, from my totally biased perspective), and people, as we all know, come in infinite varieties.

A lot of nerds express their love for whatever they happen to be nerdy about in fun and creative ways. They may, for example, be into cosplay, going to cons, roleplaying games, or tracking the filming locations of their favorite shows. Sure beats a run-of-the-mill date at a café, doesn’t it?

2. They’re not afraid to get excited about things.

Some people go to great lengths to appear detached and coolly ironic. Nerds? Not so much. When nerds love something, they’re not afraid to shout it from the rooftops — they’d much rather wear a TARDIS dress than pretend that they’re too cool to watch Doctor Who. They bring that kind of un-self-conscious enthusiasm into their relationships, too.

I am not exaggerating when I say that a good third of conversations between my husband and me revolve around the Marvel Cinematic Universe. Or that after we saw Mad Max: Fury Road for the first time, that’s really the only thing we talked about for the next four days. Nerds love nothing more than analyzing and speculating about their favorite things into the ground. If you’re not into those things, I suppose it could get old, but if you are, it’s fantastic.

4. In a nerdy relationship it’s OK to get a little weird. Or a lot weird.

Nerds are used to having interests that may be a little outside (or very far outside) the mainstream, and expressing those interests in ways that some people might not understand (like cosplay or LARPing or epic crossover fanfic). So they’re not going to be fazed if their partners embrace the strange, too.

Nerds tend to be analytical people who want to understand the things they care about from every angle, in intimate detail. They bring those analytical brains of theirs into relationships, too, and they may do a lot to figure out what does and doesn’t make their romantic partnerships work.

6. The couple that goes to conventions together… wait, what rhymes with “conventions”?

If you’re one half of a nerdy couple, then you have a partner in crime when it comes to nerd-centric events, like ComicCon, Pennsic War, or your local anime convention.

7. They fight sometimes, because they are human beings.

Nerds have their unique qualities, but they’re not another species. They have hang-ups and conflicts with their partners just like everybody else.

8. They give each other space to nerd-out about their separate interests.

It’s great to have a partner who is nerdy about the same stuff that you are, but it’s only natural that you both have separate interests, too. If your S.O. is a nerd, he or she will understand that you need space to dive into your favorite things, if only because your partner needs that space, too.

9. They have serious arguments about whether Han shot first.

Actually, that’s a bad example (because you would obviously never date anyone who believed Greedo shot first). But in their relationships, nerds clash about important points of interpretation: Is “Albus Severus” a touching tribute or simply a horrible name? Is Sherlock really a “high functioning sociopath”? Is it actually possible to successfully adapt an Alan Moore comic book? Such questions keep the nerd couple up at night.

10. They DNGAF about what other people think of them.

When someone is overly concerned about how others perceive them, that insecurity can take a real toll on their relationships. Many people who describe themselves as nerds have already dealt with judgmental jerks at some point in their lives and are comfortable simply being themselves. That kind of confidence and self-knowledge will cut through a lot of the unnecessary drama that often plagues relationships. And it’s darn sexy.

11. They work to solve problems.

A lot of nerds really love puzzles. They take a special sort of joy in seeing a set of challenges and figuring out how to find an answer. If they bring that same problem-solving energy to their relationships, it can only help, right?

I don’t want to get ahead of myself here, because obviously not all relationships end in weddings. But who can resist an amazing, nerdy theme wedding? And if you can’t have the amazing Hogwarts cake of your dreams at your own wedding, when can you have it?