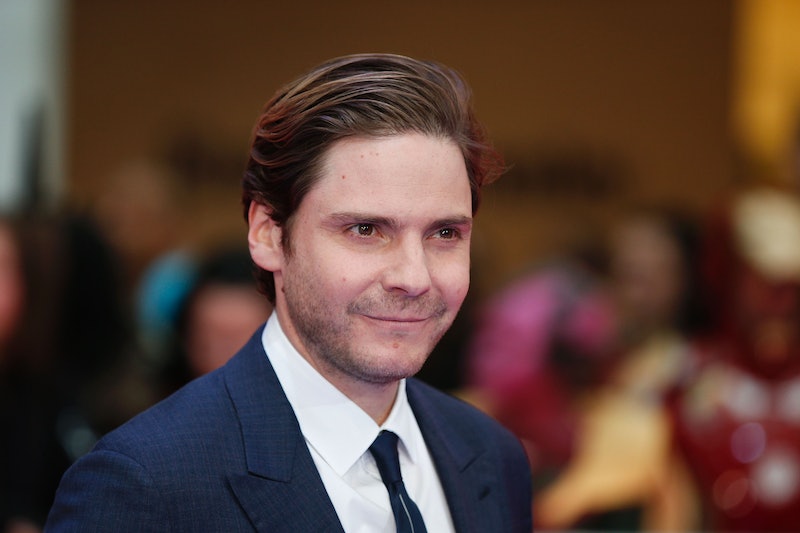 Let me say this right up top: This is not the Zemo of the comics. Not in any, way, shape, or form. Civil War continues Marvel's history of reimagining their villains from the comics and transforming them into something completely different for the movies. The Mandarin is a sorcerer and Iron Man's greatest villain in the comics; in Iron Man 3 he's an actor pretending to be a terrorist. Yellowjacket is an unflattering alter-ego of Hank Pym in the comics; in Ant-Man he's a rival businessman. Baron Strucker is a badass with metal claw in the comics; in Avengers: Age of Ultron he's a sniveling wimp — you get the idea. So how do the two versions of Zemo compare?

Well, in the comics version, Baron Helmut Zemo is the German son of a Nazi supervillain who was also called Baron Zemo. He hates Captain America because he blames him for his father's death, and he's fought Cap a number of times. Zemo is an excellent fighter and often uses a sword, and he also wears a royal-looking purple costume and mask at all times to hide his disfigured face. For much of his history, he leads a team of supervillains called the Masters of Evil (as awesome as it sounds), and has on occasion been affiliated with Hydra. He is generally considered to be one of Cap's greatest enemies, perhaps second only to the Red Skull.

In the film, however, Helmut Zemo (Daniel Brühl) is not a Baron. Nor is he German. He's also not a fighter, he doesn't use a sword, he doesn't form any groups of supervillains, and he's not associated with Hydra. So what's his deal? Well, for starters he's from Sokovia in the movie. If you recall, that's the country that got torn to bits in Avengers: Age of Ultron. In the mayhem, Zemo lost his wife and children, and he blames the Avengers for their deaths. So in that respect, he's similar to the original Zemo due to revenge being his main motivation. But since he's not a hands-on supervillain like the comics' Zemo, he works behind the scenes to turn the Avengers against each other through a very thorough and complex machination, and ends up being the movie's Big Bad.

It's possible that with some training or enhancements, the Zemo of the Marvel cinematic universe could become a physical threat more in line with his traditional incarnation, but for now he's basically another bad guy in a business suit — not that there's anything wrong with that. Marvel seems to have its formula for success figured out, so I wouldn't expect, or want, the studio to go back to the drawing board to address the way they treat their villains anytime soon.