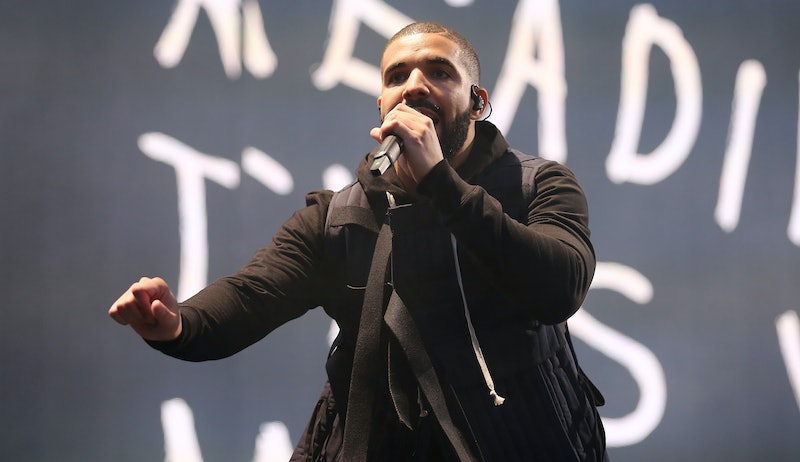 Major news, Drake fans, there about to be 20 new Drake songs for your listening pleasure (including a possible "Hotline Bling" remix). Drake released the track list for Views on his Twitter feed, and it is a thing of beauty. (And yes, the album has had a name change, it was formally known as Views from the 6.) The whole album will stream live on Apple Music, Thursday, April 28, and, after the album's official release on April 29, Drake is hitting the road for a summer tour with Future. That's right, Summer 2016 officially belongs to Drake.

The track list includes two previously released singles — "One Dance" and "Pop Style" — but there is one major song missing from the lineup: "Summer Sixteen." "Summer Sixteen" is the song that gave Drake the name for his upcoming tour, and it was released earlier this year with "One Dance" and "Pop Style," but it is noticeably missing from the final track list. Did Drake excise his summer anthem or rename it? There are several songs on the list with completely unfamiliar titles, but sadly, Drake's big summer '16 song probably did not make the final cut. It isn't likely to be a bonus track either, unless it is a hidden bonus track. As of right now "Hotline Bling" is the only official bonus track listed.

Don't let that bum you out though. There are still 20 new songs for you to put on repeat for the next three months. That is a massive album by all accounts, and, knowing Drake, every song will end up being a monster hit.

While "One Dance" is already tearing up the charts, some of Drake's other songs sound even more intriguing. Will "Grammys" take on the music award show that some artists believe doesn't take hip hop seriously enough? And will "Fire and Desire" be as sexy as it sounds? I mean, of course it will be, this is Drake we're talking back, but I still cannot wait to hear it.

Go ahead and drool over the full track list now and get ready for the album's official launch. New Drake tunes are so close, guys, I can practically hear them now...