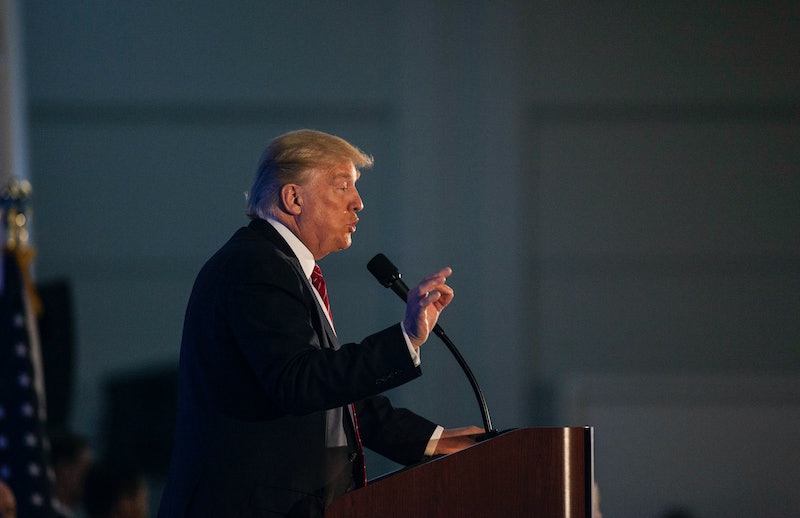 The race for delegates in the Republican primary is coming down to the wire, and as usual, all eyes are on Donald Trump. He's on the cusp of clinching the party's nomination, but if he falls short in the last few primary states, he could end up snatching defeat from the jaws of victory. So, is this nomination going to be deadlocked, or can Donald Trump stop a brokered convention and win the nomination outright?

The easiest way would be to win a majority of bound delegates in the primaries. There are many different kinds of delegates, but the most important distinction for the GOP is whether a delegate is bound, and thus required to vote for a specific candidate; or unbound, in which case they can vote for anybody they want to. If Trump wins 1,237 bound delegates in the primaries, it's game over: He'll win the nomination on the first ballot of voting, and the convention won't be contested.

This is Trump's Plan A. If it fails — that is, if Trump doesn't win a majority of delegates in the primaries — he'll have to pursue the much-riskier Plan B.

In this scenario, Trump falls short of 1,237 delegates, but convinces enough unbound delegates to vote for him to put him over the limit. For example, let's say he ends the primaries with 1,190 bound delegates in his column. If he and his team manage — by whatever means necessary — to secure the support of 47 unbound delegates in between the last primary and the convention, he'll prevail on the first ballot and become the nominee. Brokered convention avoided!

Obviously, Trump would prefer Plan A, because that leaves no room for uncertainty. Barring any last-minute rules changes, bound delegates will have no control over their votes on the first ballot, so winning a majority of them guarantees a regular, non-brokered convention. But unbound delegates can change their minds willy-nilly, which means that even if Trump appears to pull off Plan B, we won't really know if he has succeeded until those unbound delegates cast their votes at the convention.

The third possibility is that Trump falls short of a majority in bound delegates and can't win over enough unbound delegates to make up the difference. If that happens, the first ballot of voting will fail to produce a majority, and America will see its first brokered convention in over sixty years.